Asia House will be celebrating the 700th anniversary of Gulshan-i Raz, one of the greatest works of Persian (Sufi) poetry, written by Mahmoud Shabistari, in the early 14th century with ‘The Garden of Mystery’ an exhibition featuring contemporary art by the young emerging British artist, Taha Afshar. It will be supported with additional work by two of the most prominent Iranian artists of the contemporary period, Monir Farmanfarmaian and Y.Z. Kami.

Monir Farmanfarmaian is from Tehran and Y.Z. Kami lives and works in New York. The works on display are by artists born in disparate decades, living in Britain internationally. They differ in style and execution but share a connection and resonance with core themes within Sufi literature and practice.

In addition to the art on show and for sale, a number of eminent experts are gathering for a panel discussion on the subject of The Garden of Mystery, 700th anniversary and the influence of Sufism in contemporary visual arts, which takes place on Tuesday 28 November 2017 at 18.45, introduced by Mariam Neza, Curator of Arts and Learning at Asia House: Dr Ladan Akbarnia, Curator, Islamic Collections, British Museum, Dr Sussan Babaie, Andrew W. Mellon Reader in the Arts of Iran and Islam, The Courtauld Institute of Art Dr Leonard Lewisohn, Senior Lecturer, Iran Heritage Foundation Fellow in Sufi Literature, Exeter University Dr Taha Afshar, exhibiting artist. 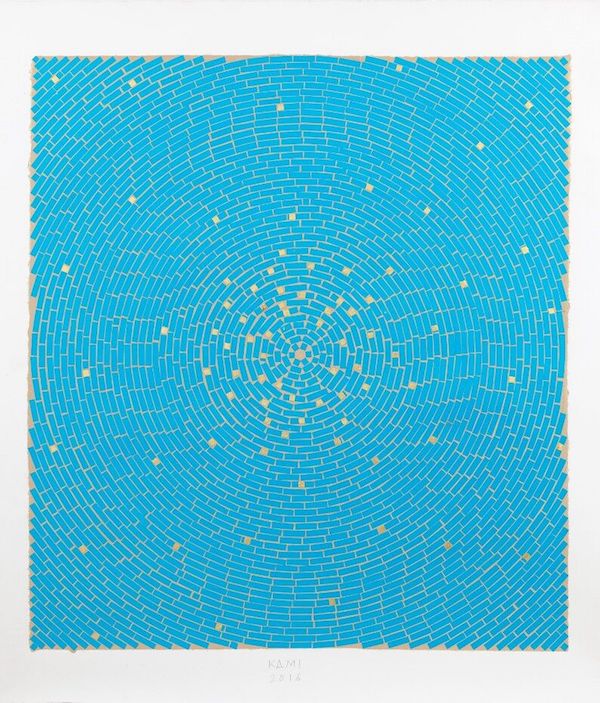 Y. Z. Kami (b. 1956) is an Iranian born American painter based in New York. Kami is known for referencing core concepts of different religious faiths and philosophies in his artworks. Though the subjects in his oeuvre span from painted portraits and devotional subject matter to abstract domes and architectural elements, the artist continually returns to themes of introspection, subjectivity and contemplation. There will be both figurative work and paintings from his Dome series for sale. The connection is through the meditative experience and expression of light.

Monir Farmanfarmaian (b. 1924) was the subject of a major career retrospective at the Solomon R. Guggenheim Museum, New York in 2015. Her work relies on mirrors to reflect and redirect light, as used to embellish shrines to elevate the sanctity of holy spaces. While decoratively complex, the use of geometric patterns and tessellations point to a far deeper conceptual agenda. The proliferation of arabesque abstract decoration enhances a quality that could only be attributed to God, namely, the doctrine of Tawhid, or Divine Unity. Farmanfarmaian’s work not only relates to the tradition of Sufi literature by means of the aesthetic references to decorate architectural motifs associated with Sufism but also conceptually through its play with light. The mirror of the heart is referred to by Shabistari and other Sufi authors as a metaphor. Read More 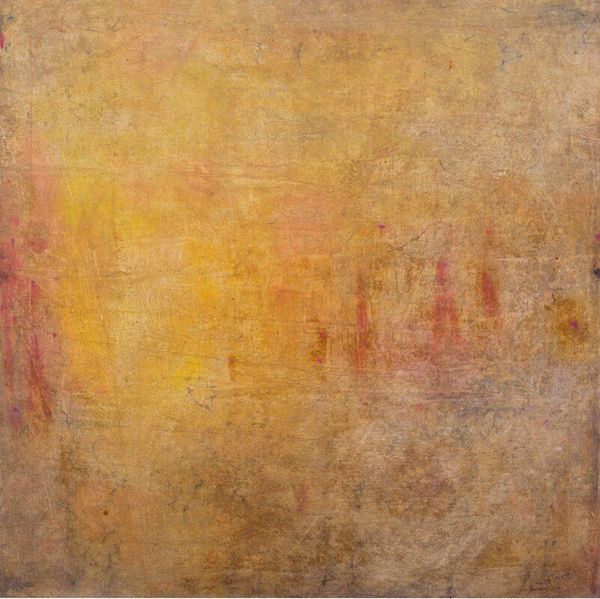 Works presented by Taha Afshar (b. 1983) explore ideas of illumination of the heart from reflection and contemplation of the divine, a central theme in Shabistari’s Garden of Mystery. The abstract lake-scapes invite us to reflect over their watery surface, which intentionally glows from a central point – the sun – a metaphor for the divine essence. The set of works explore the notion of the light within the human heart and soul. The landscape as a backdrop is a metaphor; these are internal landscapes. The gold leaf and mirror in these works all serve symbolic purposes of the alchemical process of prayer and reflection. Shabistari writes: “Go polish the tablet of your heart so that an angel will dwell near you.” Read More