Accumulation: Legacy and Memory Bahrain Art Week London opened yesterday with a selection of international quality artists who hail from the Gulf State. A taste of contemporary and modern art is on show this week only at the Alon Zakaim Gallery in Mayfair. This is  the third edition of Bahrain Art Week in London. Showcasing and celebrating Bahrain’s rich history as one of the oldest contemporary cultures in the Middle East, Bahrain Art Week provides a platform for Bahraini artists to expand their international influence through London’s dynamic art scene, prior to Art Bahrain Across Borders 2019 fair.

Accumulation brings together works by 11 Bahraini artists whose practices address subjective experience, memory, notions of progress and the inevitability of decay. The exhibition is a meditation on the historical legacies of Bahrain from traditional crafts, industry and pop culture to modernism’s forms, including art and architecture. The encounters that unfold through videos, paintings and sculpture draw links between the concepts of legacy, memory and value.

The works reflect the aesthetics of change and progress within multiple modernities and histories of Bahraini society, the development and influence of the oil industry, the growth and decay of an urban centre and aspirations to progress. The artists in the show span a number of generations of Bahrainis who are witnesses to many histories and changing perspectives. 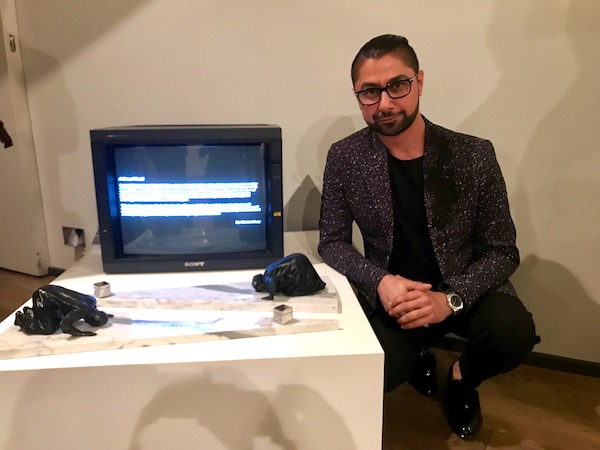 Many of these artists’ works address the movement of human civilisation through rapid development. For example, the paintings of Balqees Fakhro, Faiqa Al Hassan and Salman Al Najem explore new visual tendencies inspired by symbols and ancient civilisations while creating new portraits of society.

Marwa Al Khalifa’s works are a meditation on histories of agriculture and its place in contemporary culture. Traditional crafts are appropriated by the weaving practice of designer Hala Kaiksow and the work of Dawiya Al Alawiyat. Histories of craft practice, traditions and technology are active in the multi-disciplinary works of Othman Khunji.

Contemporary conceptual works by Taiba Faraj, Aysha Al Moayyed and Mohammed Al Mahdi use both abstracted forms as well as pop culture references to question historical narratives and interrogate new identities and cultures that emerge from a post-oil generation.

Co-curator and ArtBAB director Kaneka Subberwal comments: Following a very successful exhibition in Paris in September, Art Bahrain Across Borders continues to traverse the globe with its next stop in Singapore later this month. I am then thrilled to present this edition of Bahrain Art Week in London in November enabling more people to access and appreciate the artworks being produced in Bahrain. It is an honour to be able to offer these gifted creators exposure such as this and widen the dialogue for the arts in the Middle East. 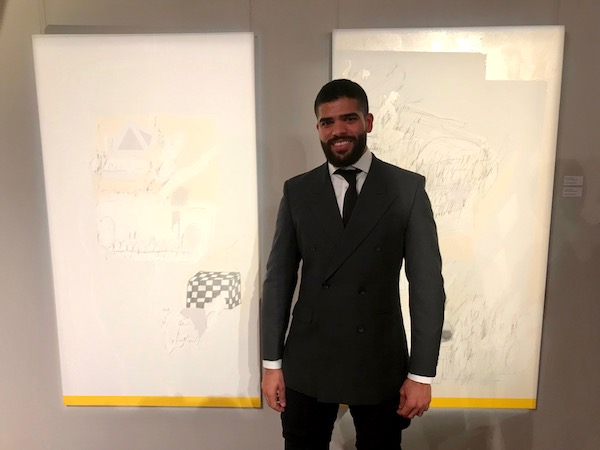 Co-curator Amal Khalaf of the Serpentine Gallery comments: Standing at any point in Bahrain, you know there is a layer of water beneath the sand that gives Bahrain its name, two seas. And beneath that there is an energy that was sedimented beneath our feet from the lives of creatures past, providing a concrete reality to the idea that capital represents an accumulation of time, labour, value and potential futures. The potential at work in this common relationship to oil, water and the sea is what connects the lives, histories and culture of Bahrain. If a nation is constructed through collective memory, and a sense of belonging to a set of values, histories and narratives, then art can be a way in which it is created, shared and also challenged.

Alongside the exhibition is a series of talks, performances and debate to explore the issues surrounding legacy, value and memory in the arts practices of Bahrain. Recently nominated for the prestigious Jameel Prize, Hala Kaiksow will be discussing the use of traditional weaving methods in her work. Bahraini artist Hasan Hujairi will host a listening party which references his project ‘Symphonies of the Self’ sharing his epic journey to uncover the long-forgotten legacy of late Bahraini musician Majeed Marhoon. Hasan Hujairi will perform sound and text works as part of his performance lecture. Ali Karimi will explore the architectural history of Bahrain looking at modernism in the social housing, public space and infrastructural re-imaginings of Bahrain.

Bahrain Art Week London aims to strengthen creative links between the UK and Bahrain, promoting cross-cultural dialogue. The exhibition serves to introduce art collectors and enthusiasts to the talents and vision of Bahrain’s artists. It comes under the Art Bahrain Across Borders initiative which takes the art of the artists of Bahrain across borders around the world. Strengthening Bahrain’s position in the Gulf as a regional arts hub, ArtBAB aims to inspire entrepreneurship,

Art education and the development of local skills. The fair will take place from Wednesday 6th to Sunday 10th March 2019, under the Patronage of Her Royal Highness Princess Sabeeka bint Ibrahim Al Khalifa, President of the Supreme Council for Women.

Under the patronage of Her Royal Highness Princess Sabeeka Bint Ibrahim Al Khalifa, wife of His Majesty the King of Bahrain and President of the Supreme Council for Women. The ambitious project, now looking to its fourth edition, aims to solidify Bahrain’s position as a regional arts and education hub while stimulating investment and economic activity in the arts and cultural sector. 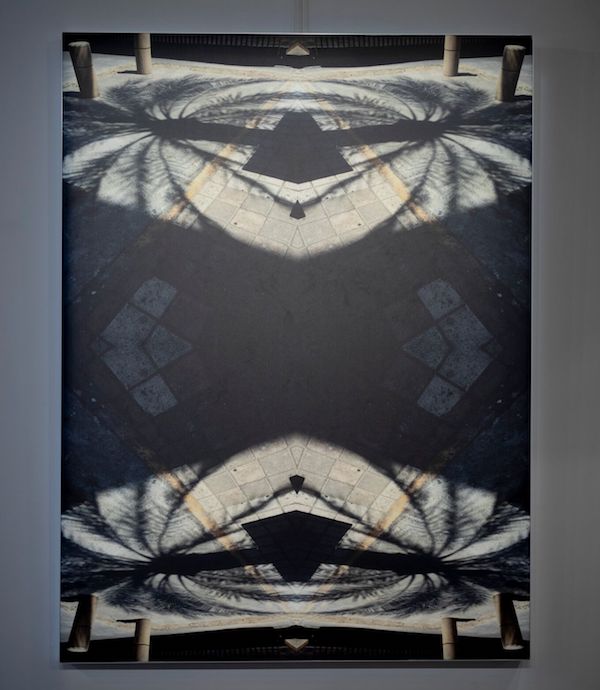 Kaneka Subberwal Beginning in 2005 with shows in Dubai, London, Oman and Doha, Kaneka Subberwal has worked to make Bahrain a focal point for art in the West Asian region and establish a forward-thinking platform to promote the growth of art in the country. Through BAAB – Bahrain Art Across Borders – an initiative to take the art of the artists of Bahrain across borders globally and ArtBAB

Kaneka has worked towards that aim. Alongside setting up Bahrain’s first art lounge in 2008 with her company Art Select, she has organised a number of art shows across the country leading up to the launch of ArtBAB.

Alon Zakaim Fine Art specialises in Impressionist, Modern and Contemporary art. With an acute understanding of the art market, the gallery provides a knowledgeable, efficient and accessible service to all their clients and exhibits a distinguished collection of high-quality paintings and sculptures throughout the calendar year.