Fortnum & Mason, the national treasure purveyor of food to the Queen, is collaborating with renowned Chinese artist, Zhang Enli to produce ‘Fortnum’s X Zhang Enli’ – the institution’s fourth annual artistic initiative, which will be in store from the 10 September 2019, including newly commissioned never-before-seen works by the artist.

The collaboration is well-timed – just ahead of the opening of Fortnum’s first flagship store outside of the UK, at the K11 Musea development in Hong Kong, for which Zhang Enli has also been commissioned to produce new six-part work on paper.

Regarded as one of the 21st Century’s most celebrated Chinese artists, Shanghai-based Zhang Enli is widely known for being the first Chinese artist-in-residence at the Royal Academy in 2018, with significant works in the Tate collection. 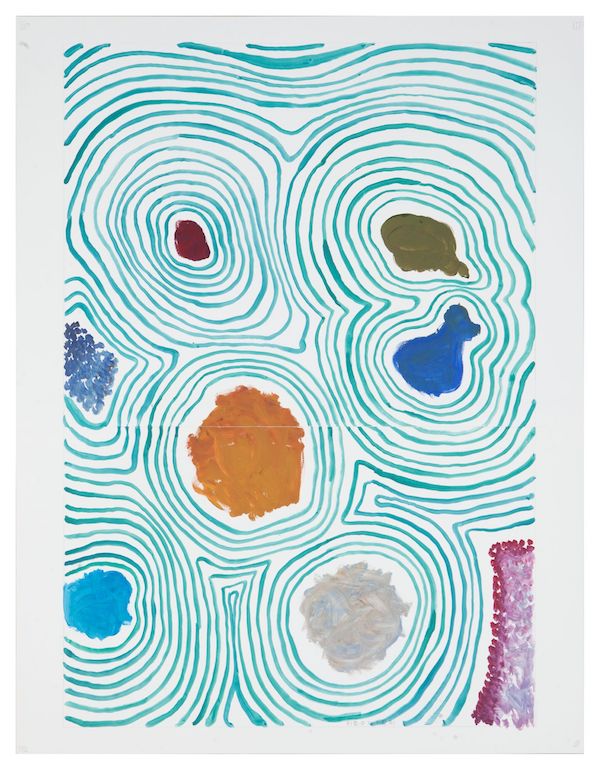 Fortum’s have commissioned Zhang Enli to create a rich body of new paintings to go on display throughout its London store from the 10 September 2019. The 18 never-before-seen works have been inspired by the artist’s increased journeys to and across the UK over the past year, harnessing themes of travel, mapping, immigration and relocation.

Represented by Hauser & Wirth, the artist has exhibited internationally, with recent solo shows at Firstsite, Colchester (2017) and the Museum of Contemporary Art, Taipei (2015), immersive site-specific work at the Fife Arms in the Scottish Highlands was also revealed at the start of this year.

Having achieved acclaim for his earlier figurative paintings, Zhang Enli has dedicated recent years to developing his abstract visual language. In his latest body of work, commissioned specially by Fortnum’s with the space in mind, Zhang Enli’s uninhibited, intuitive approach to colour and form is exemplified throughout the space.

The newly-commissioned series is threaded with the artist’s impressions of the Scottish countryside and suburban areas surrounding London, as observed during Zhang’s travel between the two. The topographical watercolour on paper pieces are reinterpretations of the local cultures that the artist encountered on his journeys and expand Zhang’s depiction of natural forms, seen here as if from an aerial viewpoint encased in grid-like structures. The works demonstrate Zhang Enli’s mastery of expressive lines and curves, which are influenced by traditional Chinese brush painting.