The Cure Parkinson’s Trust, in association with Bonhams and Artwise, has announced the complete list of participating artists for Cure3 2020. This is the 3rd edition of the acclaimed selling exhibition, devised to raise awareness and funds for curative Parkinson’s research. Cure3 is an opportunity to buy original artworks by a host of celebrated artists whilst also supporting the important work of The Trust. Cure3 will take place from 5th – 8th September, with all works available to view and buy at www.cure3.co.uk, and also presented in a showcase exhibition at Bonhams, London.

Cure3 was devised by Susie Allen and Laura Culpan from Artwise 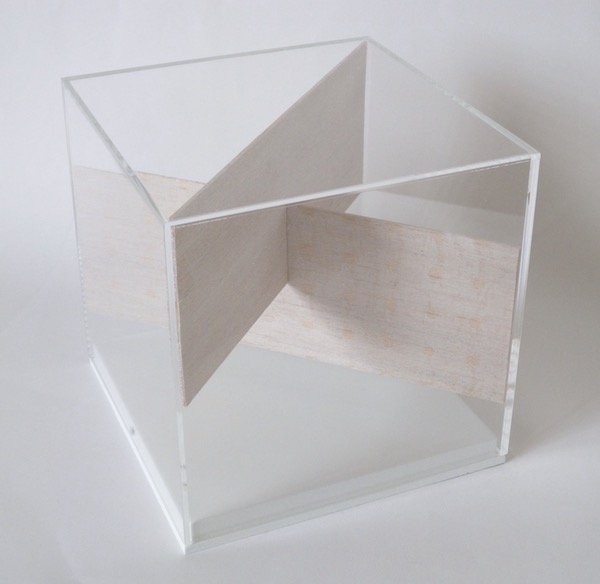 Cure3 2020 will feature original artworks by more than 90 international artists – the highest participating number ever. As well as a host of returning supporters, including Anish Kapoor, Conrad Shawcross, Ron Arad, Rana Begum, Annie Morris and Idris Khan, Cure3 is delighted to welcome more than 12 new artists for 2020, including the legendary Guyana-born, British artist, Frank Bowling, in addition to Do Ho Suh, Hurvin Anderson, Joana Vasconcelos, Billy Childish and Chantal Joffe. We are also delighted to welcome famous names from the world of fashion for 2020, including Giles Deacon and Roksanda Ilinčić.

The bespoke Perspex box 20cm3 given to each artist to create their original artworks presents a challenge which can be used in multiple ways, including as frame, support and to contain. These unique, highly sought-after and collectable artworks will be represented at Cureᶟ 2020 with prices ranging from £500 to over £40,000. Prices for individual works will be published online from July.

Cure3 is an opportunity to buy original art works by a host of celebrated artists whilst also supporting the important work of the charity. Cureᶟ will take place from 5th – 8th September, with all works available to view and buy at www.cure3.co.ukand also presented in a showcase exhibition at Bonhams, London.

For the occasion of Cure3 2020, we are thrilled to announce a new partnership with Fenwick, for a limited time before the exhibition a selection of artist and designer cubes will be on show in a specially created window display. The partnership will continue during London Fashion Week, where a selection of the fashion designer Cure3 artworks will be on display in the Bond Street store.

Completing the fashion theme for 2020, Cure3 is also delighted to announce the collaboration with heritage brand, Richard Allan London and the creation of a special Cure3 edition silk scarf. Available in 2 colourways, hand finished and entirely made in the UK, the Cure3 scarf is based on a vintage 1960s design. Priced at £350, with all profits going directly to CPT, the scarf will be available to purchase from www.cure3.co.uk  and Bonhams during the duration of the exhibition and thereafter through selected Richard Allan retail partners

Charles Kirwan-Taylor, Chairman of Cure3, said “We are delighted to be partnering with Artwise curators and Bonhams to deliver the third edition of the unique art show, Cure 3. It is uplifting to see that even in the current environment so many incredible artists have once again donated their time and their talent to create artworks to be sold to raise funds for research with the potential to cure Parkinson’s.”

Parkinson’s is a debilitating condition affecting over 145,000 people in the U.K. and 7 – 10 million people worldwide. Co-Founded by Tom Issacs in 2005, The Cure Parkinson’s Trust (CPT) is a charitable organisation created by and for people living with Parkinson’s with one bold aim – to find a cure for Parkinson’s. For the last 15 years, CPT has been committed to ground-breaking funding research into new treatments and to date, Cure3 has raised more than ¾ million pounds support this vital work. 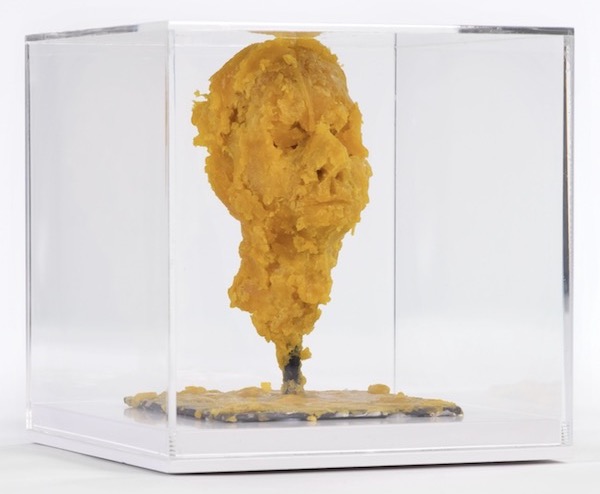 CPT is the only Parkinson’s charitable organisation in the U.K. solely focussed on finding a cure for Parkinson’s. In its 15th anniversary year, CPT can look back over numerous landmark achievements it has helped fund and support towards this ultimate goal including:

Cure3 was devised by Susie Allen and Laura Culpan from Artwise, the dynamic curatorial team behind the original RCA Secret postcard project. Cure3 has established itself as a critical and commercial success, securing plaudits from a host of international media including SKY News, BBC News, F.T., How To Spend It, The Evening Standard, The Sunday Times, The Observer Magazine, The Telegraph, The Art Newspaper, Wallpaper* and World of Interiors – as well as raising significant funds for the ongoing work of CPT.

In 2005, the goal of CPT was to render the charity redundant by finding a cure for Parkinson’s. The funds raised by Cure3 in 2020 will support the essential work carried out by The Cure Parkinson’s Trust and continue the legacy of Tom Isaacs with his aim of consigning Parkinson’s to a disease of the past.

Format of Selling Exhibition Please note that Cure3 is not an auction, each artwork is individually priced by the artist and sold at this fixed price online at www.cure3.co.ukThe works will be on preview at Bonhams from 5th September and sales will go live online from Tuesday 8th September 8 am. All profits will go directly to The Cure Parkinson’s Trust, to fund research to slow, stop or reverse Parkinson’s disease.

The Cure Parkinson’s Trust (CPT) takes a patient-centric approach to funding innovative projects and inspirational scientists with the potential to change the course of the condition and make a difference to the lives of people with Parkinson’s. Parkinson’s is a debilitating condition affecting over 145,000 people in the U.K. alone and 10 million people worldwide. It is a neurological disorder characterised by tremors, stiffness, slowness of movement and balance problems. It is predicted that one person in 37 will receive a diagnosis of Parkinson’s in their lifetime.

At CPT, we believe that we are closer than ever to new treatments. For fifteen years, we have been committed to strategically funding research to find a cure for the condition once and for all. The charity’s International Linked Clinical Trials (iLCT) programme identifies potential new treatments by taking existing drugs used to treat other diseases and testing them as treatments for Parkinson’s. Our role is to develop clinical trials to understand if these drugs may be effective to slow, stop or even reverse the progression of Parkinson’s. We believe that our pioneering and collaborative approach to research will one day soon, deliver curative treatments for Parkinson’s.

Artwise Curators (founded in 1996) is a curatorial collective based in London, run by Susie Allen and Laura Culpan, that specialises in curating and producing public art commissions, museum and gallery exhibitions, and innovative art projects for charities such as CPT, WWF and the IUCN (International Union for the Conservation of Nature). Artwise projects have been exhibited in many inspiring spaces, such as Kunstmuseum Wolfsburg; Groninger Museum; Centraal Museum, Utrecht; Centre Georges Pompidou, Paris; The Whitechapel Gallery, and Design Museum in London. Artwise was commissioned to curate the international exhibition for the official Pavilion of Azerbaijan at the 56th Venice Biennale in 2015. www.artwisecurators.com

Top Photo: Conrad Shawcross From That Which it Came 2020