Next year, Dame Paula Rego (1935–2022), the National Gallery’s first Associate Artist (1990–92) will be the subject of a new exhibition which will explore the relationship between Rego’s work and Crivelli’s Garden, the 15th-century altarpiece that inspired it.

The display, which had long been planned to mark this anniversary, will unite the two monumental artworks in the Gallery’s collection for the first time – inviting visitors to draw out direct comparisons – and will also show how members of National Gallery staff found their way into Dame Paula’s work.

I could creep upstairs, snatch at things, and bring them down to the basement – PR

The death of Paula Rego on 8 June makes this exhibition – opening in the summer of next year – a poignant tribute to the work and life of one of the most influential artists of her generation.

During her residency, over two years, Paula Rego occupied the artist’s studio, which was then in the basement of the Gallery. She would often describe her experience as being like a scurrying animal. To quote her from an interview about her time at the Gallery: ‘I could creep upstairs, snatch at things, and bring them down to the basement, where I could munch away at them. And what I brought down here from upstairs varied greatly, but I always brought something into my den.’

We can imagine that it was in this spirit that Crivelli’s Garden was made. The mural’s concept and structure were triggered by the predella panel of Carlo Crivelli’s altarpiece La Madonna della Rondine (after 1490, NG724).

Rego reimagined Crivelli’s house and garden to explore the narratives of women in biblical history and folklore based on paintings across the collection and stories from the medieval Golden Legend. Her figures, inspired by the Virgin Mary, Saint Catherine, Mary Magdalene and Delilah, share the stage with other women from biblical and mythological histories.

Rego saw the work as a tribute to the artists who had also used the Golden Legend as a source for their paintings. She did not necessarily replicate the women saints portrayed in the National Gallery Collection but drew inspiration from them to depict figures and people she knew. These included friends, members of her family and even staff at the National Gallery whom she asked to sit for her, such as Erika Langmuir and Ailsa Bhattacharya, who were members of the Education Department at the time.

Dame Paula still held many drawings from the original sittings. The exhibition will include a selection of these alongside sketches for the final piece from her collection, allowing the viewer to understand Rego’s creative process better.

As a composition, the mural demonstrates a new direction for Rego. Crivelli’s garden is one of Rego’s most ambitious paintings. It explores many themes that span her career, which addresses how women and their experiences were represented in paintings.

This exhibition will celebrate Rego’s close ties with the National Gallery and the importance of Crivelli’s Garden in her painting career and reveal its legacy as an inspiration for new generations of artists.

Priyesh Mistry, Associate Curator, Contemporary and Modern, says, ‘Dame Paula Rego’s radical painting has consistently given women voice-over repression in a male-dominated society and art world. Her work remains as vital today as it was 30 years ago when she first painted Crivelli’s Garden and continues to serve as an inspiration to new generations of artists and writers. This exhibition will be our opportunity at the National Gallery to celebrate her legacy and influence.’

National Gallery Director, Dr Gabriele Finaldi, says ‘Dame Paula Rego loved being in the National Gallery’s artist studio and relished being able to spend many hours with the paintings: They triggered her memory and imagination and led to the creation of a work both joyous and unsettling, Crivelli’s Garden, which mixes Renaissance saints, biblical heroines, fable and myth.’ 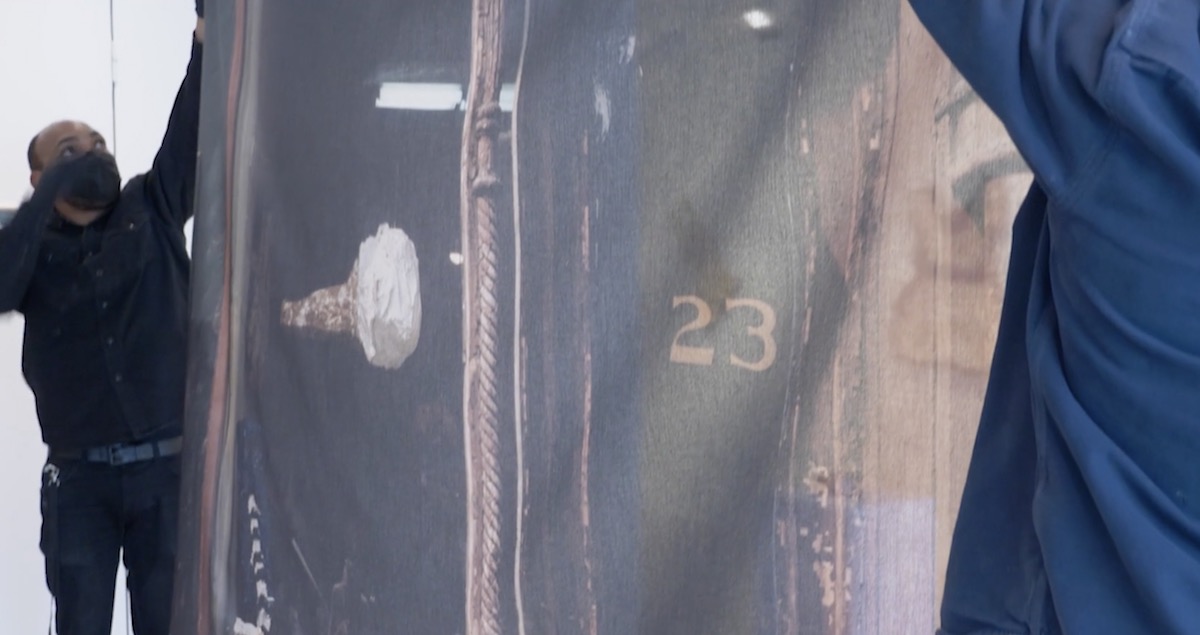 Claes Oldenburg The Store To Be Recreated

This September, Thaddaeus Ropac gallery in London will recreate the iconic 1961 performance/installation by the Swedish-American Pop Artist Claes Oldenburg, who died earlier this month. In 1967, the American artist Sturtevant (1924–2014), known for her recreations of works by artists in her circle, reimagined The Store.

Sturtevant’s practice challenges the prevailing discourse around originality and authenticity in art. The fourteen plaster objects on display were made by Sturtevant in the 1960s, based on those that Oldenburg had created for his Lower Manhattan shop. They are brought together for the first time in the exhibition and will be shown alongside The Dark Threat of Absence, a 2002 video work in which Sturtevant re-enacts Paul McCarthy’s film Painter (1995). Together, the two emblematic works provide a rare insight into the pioneering artist’s multifaceted practice.

A destabilising feeling accompanies Sturtevant’s exhibitions as her works continue to break the barriers and taboos of the art world. In 1967, Sturtevant rented a shop on Manhattan’s Lower East Side, where she displayed several coloured plaster objects, including dresses, cakes, hamburgers and cigarette butts, as part of a re-enacting of Oldenburg’s famous performance. Unfortunately, the radical gesture was met with hostility. On the day before the show was due to open, she was severely beaten by a group of schoolchildren and ended up in hospital. Audacious and provocative, Sturtevant’s works generate confusion to elicit thought and spark, as she calls it, ‘fire’. 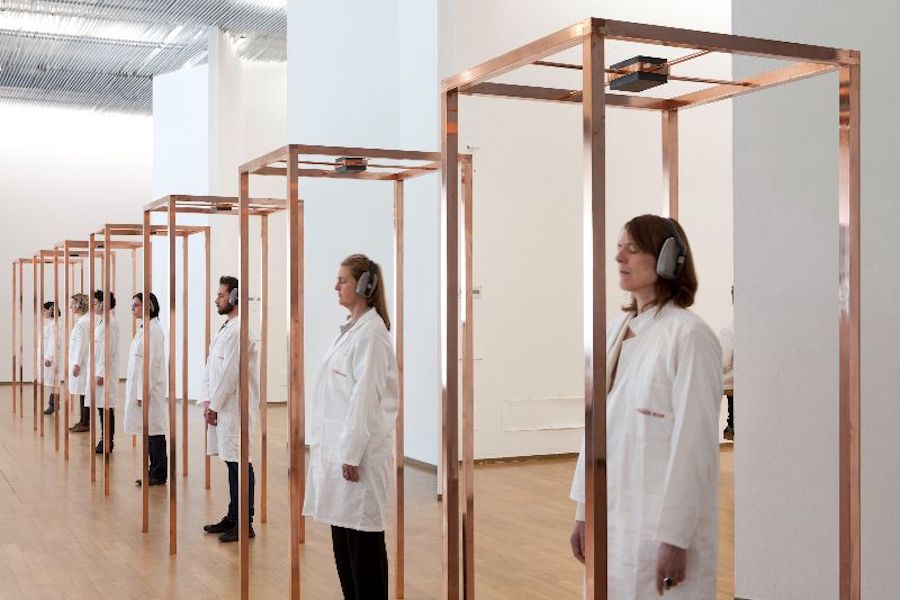 Pioneering performance artist Marina Abramović (b. 1946, Belgrade, lives and works in New York) presents a new site-specific performance-based work at Modern Art Oxford exploring heightened awareness and transitional states of being. For Gates and Portals, the Gallery will become a site of passage where visitors move between different states of consciousness and themselves become the performers.

Abramović’s concept for this exhibition was developed during her research residency at the Pitt Rivers Museum, Oxford, in the Summer of 2021, where there will be a complimentary case installation of a film and new drawings by Abramović alongside selected objects from their collection.