This autumn, Charleston, the country home of the Bloomsbury Group, will recreate Duncan Grant’s (1885-1978) first solo exhibition, which opened just over a century ago at the Paterson-Carfax Gallery in Old Bond Street, London. This is the first solo show of Grant’s work since his death in 1978. Over 30 paintings, some of which have not been seen for decades or in public before, will go on display at the artist’s Sussex home.

By 1920 Duncan Grant was established as one of the rising stars of the avant-garde scene in Britain. Since 1911 he had been scandalising and exciting public and critics alike with his experiments in abstraction and post-impressionism, seen in paintings, murals, and for designs at the Omega Workshops. But it was February 1920, with an exhibition of a new body of work, created over the previous four years, that secured Grant’s reputation as one of the most important and talented artists of the day. 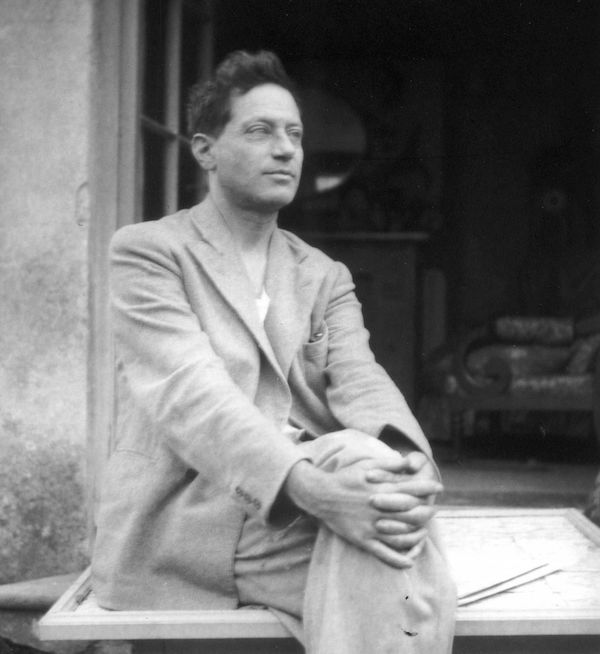 It was the first time the public had been able to see a wide variety of the artist’s work in one place, and it drew immediate plaudits from critics, Clive Bell wrote in his review: ‘At last we have in England a painter whom Europe may have to take seriously.’

The 31 canvases included landscapes, still-lives and portraits as well as some of the artist’s most recognisable works, including Venus and Adonis (1919, Tate), and Juggler and Tight Rope Walker (1918-9, private collection), and Room with a View (1919, private collection).

To recreate the exhibition at Charleston, curator Dr Darren Clarke has tracked down paintings from across the country, including some held in private collections, as well as generous loans from Tate, King’s College Cambridge, National Museum Wales and Ulster Museum in Belfast. Where works are now lost on unidentifiable, alternative works of the same date and theme have been sourced to ensure the recreation is as accurate as possible.

Grant’s paintings are a record of his life at Charleston in Sussex. He and his boyfriend, the writer David Garnett were conscientious objectors and were forced to carry out farm labour because they did not want to be conscripted into the military due to their political and humanitarian beliefs. They moved to Charleston in 1916 with Vanessa Bell, forming a polyamorous household with Grant being lover to both Garnett and Bell. Reflecting the pioneering attitude of the Bloomsbury group, they found new ways of living and negotiated new ways of loving.

Grant developed a new type of war painting that replaces soldiers with flowers, the trenches with farm buildings and the destructions of conflict with creativity. Grant recorded life at Charleston through these paintings, documenting the gradual transformation of the building to an artist home, studio and canvas. Bell and Grant had a child, Angelica who was born on Christmas day 1918. Room with a View (1919 private collection) captures Bell enjoying the first spring of peace after the birth of their child, sitting in the walled garden at Charleston.

In the large painting Interior (1918, Ulster Museum), Grant’s two lovers – artist Vanessa Bell and writer David Garnett – can be seen on either side of the canvas. Painted from Grant’s perspective as the unseen observer, this quiet scene of creative industry hides a story of love and jealousies and new models of living and loving.

Probably the most well-known works is Venus and Adonis (1918, Tate). It was bought by Sir Michael Sadler, who took it to Leeds where it was seen by art student Henry Moore, influencing his own creative aesthetic.

In 1920, although generally well-received, Grant’s first exhibition was not to everyone’s taste. In contrast to Clive Bell’s glowing view of his talent, Sir Claude Phillips writing for The Daily Telegraph, sniffily accused Grant of misusing his talent, saying that the artist had ‘challenged the unhappy citizen to face a show of the most defiant modernity.’

Fascinatingly, despite their relationship as friends and co-founders of the Omega Workshops, Roger Fry also gave a rather mixed review in The New Statesman; Grant’s work he assured had ‘transparent sincerity and simplicity’ but argued that he needed ‘to amplify, solidify, and deepen the expression of his vision’.

Even with the dissenting voices, Grant’s exhibition was a great success, with 24 of the paintings sold. These sales alone proved the artist’s skill and creativity and the public’s growing appetite for modernism in post-war Britain.

Dr Darren Clarke, Head of Collections, Research and Exhibitions at Charleston says “In 1920 Duncan Grant was at the top of his game. After 10 years of experimentation, he had developed his distinctive style that can be seen emerging across the paintings in this show. There is a palpable sense of freedom and energy in these beautiful light filled, life-affirming canvases, a visual freedom after the restrictions of war. These works were made at Charleston and present a secret life that the viewers in 1920 would have had no idea about. We can now appreciate these works not just as excellent paintings but as a document of this brave and experimental world that the artists at Charleston were creating.”

In conjunction with the exhibition there will be a new, fully illustrated Charleston Press monograph on Duncan Grant that looks at the background to the 1920 exhibition.

Running concurrently with the Duncan Grant exhibition will be the inaugural UK solo show and museum display of work by New York-based artist Tunji Adeniyi-Jones (b.1992). Tunji Adeniyi-Jones: Astral Reflections is a body of new work that responds directly to Duncan Grant’s, whilst encapsulating Adeniyi-Jones’ own interests surrounding cultural duality and the Black experience.

The exhibitions also run simultaneously with a new hang of paintings in the house at Charleston, featuring many works by the Bloomsbury group artists which have never been on public display. Visitors can purchase combination tickets to the house and the galleries at Charleston to see the new hang jointly with the Duncan Grant: 1920 and Tunji Adeniyi-Jones: Astral Reflections exhibitions.

Charleston, the modernist home and studio of the painters Vanessa Bell and Duncan Grant, Charleston was a gathering point for some of the 20th century’s most radical artists, writers and thinkers known collectively as the Bloomsbury group. It is where they came together to imagine society differently and has always been a place where art and experimental thinking are at the centre of everyday life.