A significant collection of works by Edvard Munch will be exhibited in the UK for the first time at The Courtauld Gallery. The Exhibition: Edvard Munch. Masterpieces from Bergen will run from 27 May – to 5 September 2022 and is part of a partnership between The Courtauld and KODE art museums in Bergen, Norway. KODE in Bergen is home to one of the most critical Munch collections globally, initially assembled in the early 20th century by Norwegian industrialist Rasmus Meyer (1858 – 1916). He collected Munch’s work during the artist’s lifetime.

The exhibition will bring together some 18 paintings from this collection – the first time a comprehensive group of works from the collection has been seen outside Norway. It will begin with seminal early examples of Munch’s ‘realist’ period of the 1880s, which launched his career, such as Morning (1884) and Summer Night (1889), a pivotal work that reflects the artist’s move toward the expressive and psychologically charged work for which he became famous. These works set the stage for the highly expressive paintings of the 1890s, including great canvases from Munch’s famous Frieze of Life series, which tackled profound themes of human existence through visceral depictions of the human psyche, such as Evening on Karl Johan (1892), Melancholy (1894-96) and At the Death Bed (1895). The Courtauld’s permanent collection of Impressionist and Post-Impressionist masterpieces, on display in the newly refurbished LVMH Great Room, will provide a rich context for the exhibition, revealing some of the artistic inspirations Munch encountered during his experimental years in Paris from 1889 – to 1892, where he discovered the modern styles of Gauguin, Toulouse Lautrec and Van Gogh. 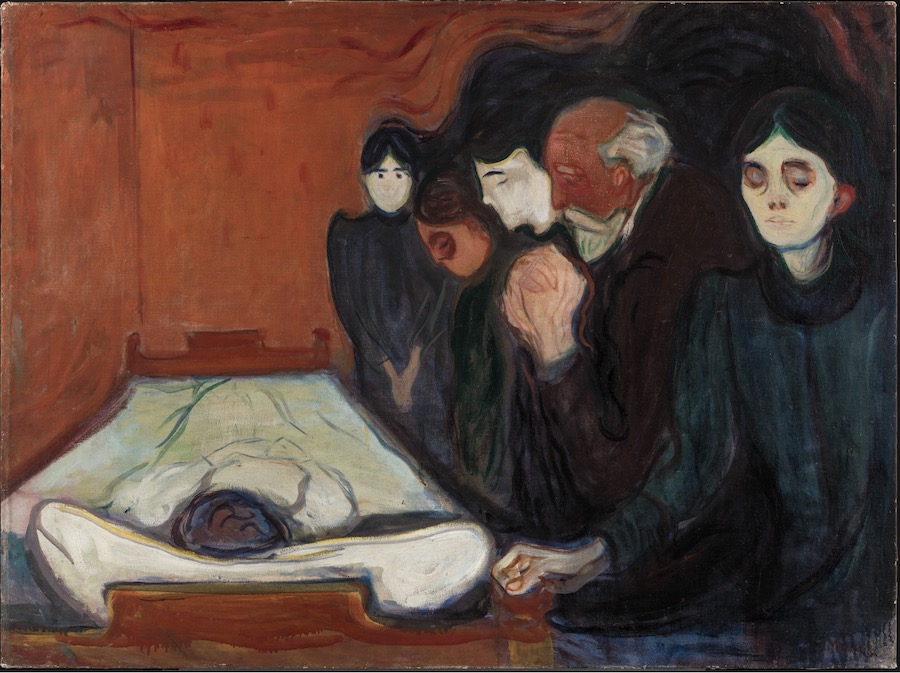 The exhibition will be accompanied by a fully illustrated catalogue with contributions from KODE and The Courtauld experts. This exhibition is sponsored by Morgan Stanley and supported by the AKO Foundation, with additional support from The Huo Family Foundation.

Edvard Munch was a Norwegian born expressionist painter. His best-known work, The Scream, has become one of the most iconic images in the history of art. In the late 20th century, he played a significant role in German expressionism and the art form that later followed, namely because of the intense mental anguish displayed in many of the pieces he created.

Several of Munch’s works depict life and death scenes, love and terror, and the feeling of loneliness was often a feeling that viewers would note that his work patterns focused on. These emotions were depicted by the contrasting lines, darker colours, blocks of colour, sombre tones, and a concise and exaggerated form, representing the darker side of the art he was designing. Munch is often and rightly compared with Van Gogh, who was one of the first artists to paint what the French artist called “the mysterious centres of the mind.” But perhaps a more overarching influence was Sigmund Freud, a very close contemporary. Freud explained much of human behaviour by relating it to childhood experiences. Munch saw his mother die of tuberculosis when he was 5, and his sister Sophie died of the same disease when he was 14. Munch gives the By the Death Bed and Death in the Sickroom a universal cast by not specifically depicting what he had witnessed. Several versions of The Sick Child are indeed his sister.