A brand new fair focusing on Contemporary and Modern art has been announced for London during the Masterpiece/Olympia corridor. It will also coincide with the established London summer season of auctions. FairforSaatchi is a pop-up which takes place in the Saatchi Gallery 26-30 June.

FairforSaatchi, comprises some 25 dealers, is the brainchild of art dealer Robert Sandelson, who acquired the 20/21 British Art Fair in 2018, re-launching it with great success as British Art Fair at Saatchi Gallery last year.

Op Art and Kinetic Art are the focus of The Mayor Gallery’s extensive curated display at FairforSaatchi where they bring works by key artists in the eld including Julian Stanczak. After Stanczak’s first major show in 1964, the term Op Art was coined. Among the works on Castlegate House Gallery’s stand is a superb charcoal self-portrait by Frank Auerbach and a series of three prints by Francis Bacon entitled ‘Three Studies for a Self Portrait’. John Martin Gallery presents a new series of paintings created during a year-long residency in Berlin by Martin Finnin. Unit London continues to be recognised for its expansion and diversity cation of contemporary art audiences and endeavours to act as a narrator, telling the story of today’s most gifted artists to a mainstream, global audience. Joining FFS in the stunning GPS space, Unit London will be showing Henry Hudson, Will Martyr, Anthony James and Zhuang Hong Yi in one of London’s great art spaces. 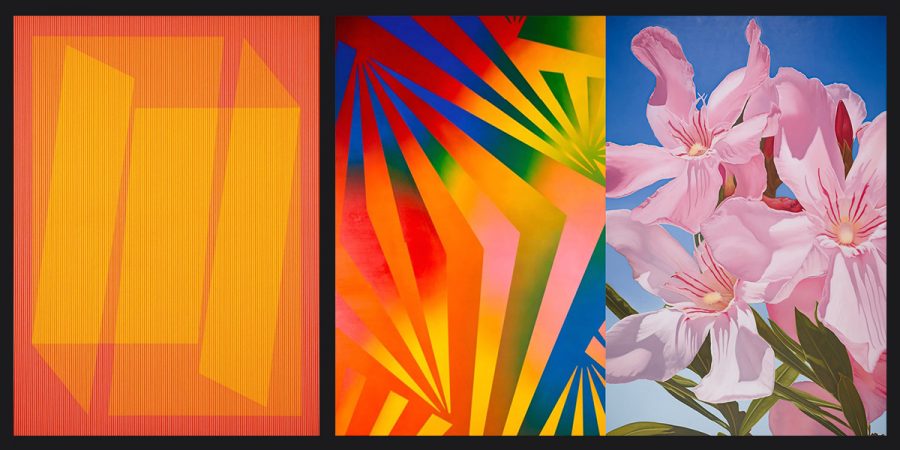 In association with Five Seven Two, Adrian Hill is showing works by Chris Levine and David Shrigley including limited edition prints of Shrigley’s seminal works Be Nice, and I’m Sorry for Being Awful. Alon Zakaim has a significant presentation of signature fresco works by Muirine Kate Dineen and marble and stone sculptures by Paul Vanstone. The Venetian gallery Andrea Tardini is presenting an exhibition of over twenty works by the Dutch artist Suzanne Perlman (b.1922) in the Ground Floor gallery. Described as a visionary expressionist, Perlman is a former student of Oskar Kokoschka whose work has recently been acquired by the Rijks Museum. BAFA is making its first appearance at a UK art fair with a specially curated booth showing works by Sandra Shashou, Antoine Rose, Mun-Gi Yang and Patrick Hughes. Freya Mitton is bringing works by Modern British artists including Sandra Blow, Alan Davie and Terry Frost.