As a physical form a fault line is identifiable as a geological boundary or crack in the ground, and as a metaphorical concept, as something weak or precarious. Baldock, Channer, De la Cruz and Hendry all address this sense of tension in their work, both through the material processes that underpin their practice and in the final sculptural forms produced. 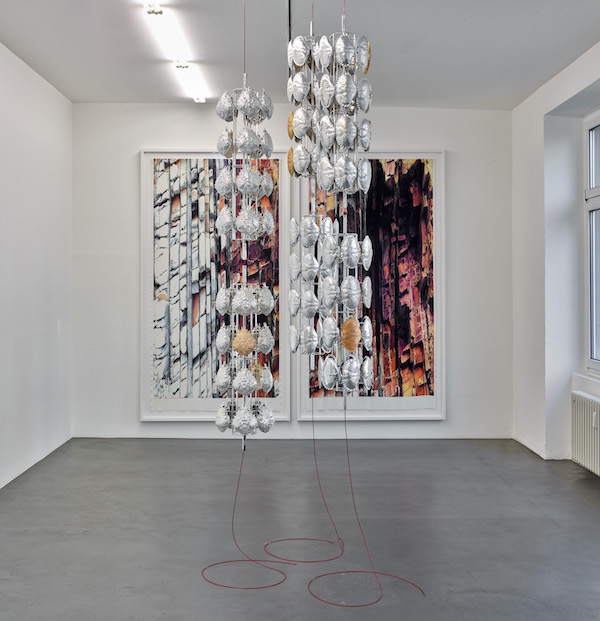 Through diverse approaches – hints at figuration, fragile materials and precarious formal constructions – collectively the artists consider the fault lines in their materials, allowing emotional and interior states to reach the surface. Fault Lines comprises predominantly recent work, alongside a 2002 piece by Angela de la Cruz, which was featured in her 2010 Turner Prize exhibition.

Fault Lines connects to a new project being developed between Freelands Foundation and Yorkshire Sculpture International, which brings ten art teachers in London and ten teachers in Yorkshire into dialogue about teaching sculpture in schools.

A parallel public programme will consider the metaphorical resonances of the term fault line, exploring precariousness and rupture, including; Alice Channer in conversation at Freelands Foundation with Edward Ball, discussing her work as well as its relationship to the broader themes of the exhibition and a screening programme of artists’ moving image, in response to the exhibition.

Jonathan Baldock’s works have a biographical focus, addressing themes of trauma, stress, sensuality, mortality, and spirituality in connection to relationships with the body and the space one physically inhabits. Baldock will present two works in Fault Lines, a new ceramic mask piece, which encapsulates the qualities and textures of skin, and a new work, created in response to the themes of the exhibition in line with the artist’s practice. A solo exhibition by Baldock opens at Camden Arts Centre in April 2019
Themes of physicality are present in Alice Channer’s work, whether overtly (metal casts of her own fingers) or subtly (undulating forms resembling spinal chords), all of her pieces reference and celebrate the alchemy of creation. In Channer’s series Soft Sediment Deformation, the artist manipulates photographs she has taken of the 320-million-year-old Crackington Formation, a section of rapidly eroding sandstone on the Dorset coastline, full of vertical folds and pleats.

Channer compresses and stretches the images, the violence and plasticity of this process is itself an additional kind of erosion. The mutated image is then printed onto a Heavy Crepe de chine silk and pleated. The rocks move from two dimensions, back into three, returning to the world as sculpture. As with the natural world, these processes happen at the limit of our perception.

Angela de La Cruz’s Three Legged Chair On Stool, highlights the artist’s fascination with assemblage, as the two objects appear to hover in an uncomfortable state of collapse. Through its formal properties, the work questions – what else might slip? The piece will be shown alongside one of de la Cruz’s recent Crate works, in which the audience is confronted by a filing cabinet smashed onto a fragile support. The work hinges on the violent act of forcing forms to fit together. Whereas in Three Legged Chair on Stool the audience agonises over what could happen, in the later piece the viewer encounters the aftermath of an act of brutality. De la Cruz’s work holds an autobiographical element, the height of Crate corresponds to the artist’s height before a life-changing accident in 2005. In this instance, physicality reflects a deeper, personally emotional element. 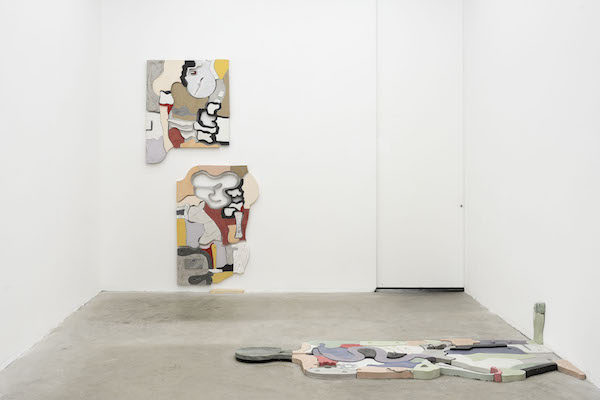 A fascination with the body and physical form is also present in Holly Hendry’s work. Mr Urstoff, 2018, Hendry’s most figurative work to date, cuts a macabre figure, splayed out on the gallery floor as if flattened by an invisible weight. The piece forms part of Hendry’s recent GUM SOULS series. Inspired by medical diagrams known as ‘cortical homunculus’ – visual representations of the human body where proportion is linked to sensory function – these curiously gruesome depictions of the body find a contemporary parallel with the increasingly popularised phenomenon of ASMR (autonomous sensory meridian response). ASMR invokes a synesthetic experience – an embodied, tingling, endorphin-boosting response to audio-visual stimulus. It is as if Hendry sees ASMR as a sculptural metaphor, distorting scale for sensory effect.

Previous exhibitions include: Brink, a presentation of work made by PGCE students at The Institute of Education exploring creative practice in arts education; Look, a group exhibition bringing together eight recent graduates from UK art schools; Moving Rocks, a collaborative project between artist Ruth Proctor and Acland Burghley School and, most recently, Repeat Repeat, an exhibition exploring routine featuring, among others, the painter Peter Dreher and the late Susan Hiller. The Freelands Foundation’s first physical building at 113 Regents Park Road, which opened in early 2018, acts as an incubator for new ideas and thoughtful conversations between artists, teachers, students, writers and creative professionals. 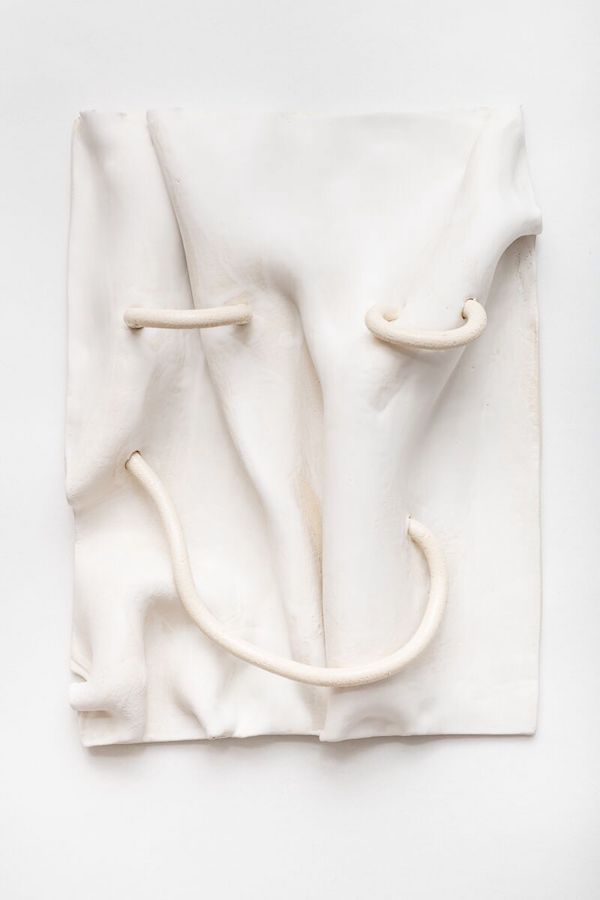 Jonathan Baldock (born 1981, London, UK. Lives and works in London) Baldock works across multiple platforms including sculpture, installation and performance. With work often taking on a biographical form, he addresses the trauma, stress, sensuality, mortality, and spirituality around our relationship to the body and the space it inhabits. For his Fellowship, Baldock will continue his ongoing interest in the contrast between the material qualities of ceramic and fabric used within his work.

Alice Channer (Born 1977, Oxford, UK. Lives and works in London) In her enticingly tactile mixed-media sculptures, Channer explores the world, responding to its composition of animate beings and inanimate objects, the ever-present traces of history, and the natural and industrial processes by which it is shaped. Inspired by the materials with which she works—including textiles, metals, resin, and digital technology— Channer foregrounds the physical qualities of her sculptures as much as their conceptual content. Whether overtly (metal casts of her own fingers) or subtly (undulating forms resembling spinal cords), all of her works reference the body and celebrate the alchemy of creation.

Angela de la Cruz (born 1965, La Coruña, Spain. Lives and works in London) Angela de la Cruz’s practice is elegantly situated between painting and sculpture. Her work engages with the very discourse of painting by targeting its basic anatomy – the stretcher usually left to its job of keeping the canvas smooth and pliant – often twisted and bent out of shape. By breaking its form, de la Cruz breaks convention, quite literally, by mangling the stretcher and piercing the flat edifice of the canvas to unleash it into three-dimensional space.

Holly Hendry (born 1990, London, UK. Lives and works in London) Hendry is interested in defining the architecture of spaces by exploring the possibilities, such as surface, colour and density, inherent in a wide range of materials through her installations. The shifting scales and unusual positioning of her often-monumental works encourage visitors to consider sculpture in dialogue with their surroundings, while also considering absence as hollow spaces or voids.