Through the subject of outland, the festival in Riga looks at local and internationally significant issue of global migration, which has brought to the forefront a row of other problems: racism, growing right-wing nationalism and intolerance towards difference. As part of the festival, Latvian and international artists have been invited to create new works dealing with this subject.

The tenth edition of SURVIVAL KIT, continues as part of the largest annual contemporary art event in the Baltics organised by the Latvian Centre for Contemporary Art. This September in collaboration with Goethe-Institut Riga in the building of the Riga Circus, features a broad concluding programme for the festival.

SURVIVAL KIT 10.0: Outlands September 6 – 30 in the building of Riga Circus 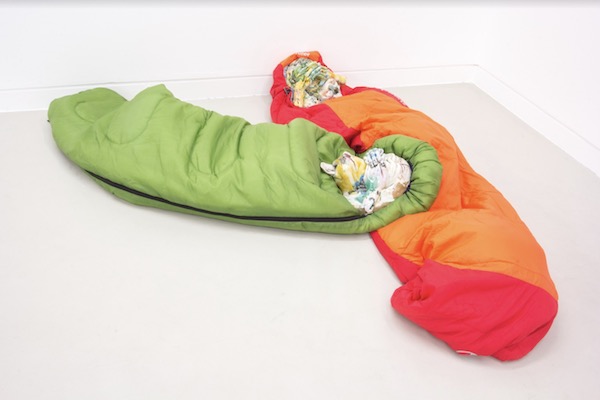 Several years ago, as Riga prided itself on its title of European Capital of Culture, a discussion gathered steam among cultural professionals about the subject of Riga’s cultural visibility among European capitals. In examining the threads of the discussion, it was possible to recognize the typical Eastern European inferiority complex and a desire to become an equal player in European cultural space with Western European capitals, as well as the trend of asserting the status of a cultural centre with the help of achievements from the glory days of the Latvian state in the early 20th century. Undoubtedly, this discussion was also inflamed by the rather patronising and often arrogant centre-periphery relationship between the old and the new Europe, which unfortunately has not disappeared following the unification of Western and Eastern Europe.

Yet, taking a detour from the course traced by this discussion and looking at Riga from another perspective, we can see Riga as one of the so-called outlands, belonging to the as-yet-little-studied Eastern Europe, charged with powerful potential, where Riga, Prague and Sofia form a self- sufficient seismic zone of creative eruptions. This does not mean that Riga is the new Berlin, but rather that, if we step out of a Eurocentrically limited perspective, it is possible to suggest that Bombay is more important than Paris on the current cultural map of the world, or even to admit that conventional measurements of importance – size, popularity and so on – are in themselves useless.

It is logical, then, that Survival Kit turns to the exploration of the concept of outlands, questioning the traditional geopolitical and cultural division between the centre and periphery and shedding light on complex processes of identity formation. Outlands are not always geographical; the term can refer to any territory characterised by a complex politico-economic situation that makes it more difficult to reach, both literally and metaphorically. Regarding accessibility, Western countries are much more reachable and attractive than Kiev, Bucharest or Ljubljana with which we share our recent history, even though the physical distances of these places from Riga are similar.

Through the subject of Outland, the festival will also look at the locally and internationally significant issue of global migration, which has brought to the forefront a row of other problems: racism, growing right-wing nationalism and intolerance towards difference. 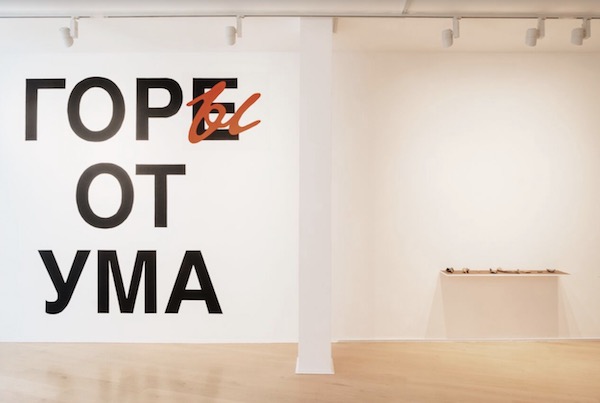 Slavs and Tatars Mountains of Wit, 2009, Installation view at Calvert 22,

This time, Survival Kit has found home in the building of the Riga Circus, which is among the oldest circus buildings in Europe. Its construction was completed in 1888, thirty years before the formation of the Latvian state. Currently, the circus is undergoing fundamental transformations, departing from centuries-old traditions such as the use of wild animals in the circus programme; a transition to a new type of circus is taking place, proposing an interdisciplinary and innovative approach.
Therefore, outlands descend on the circus arena at the right moment, signalling desirable change not only in the field of circus but, in a broader sense, in the society at large.

This year, the festival has invited co-curators Sumesh Sharma, who is based in Bombay, and Catalan curator Àngels Miralda, who currently lives in Barcelona. The festival’s theme crystallised through conversations with Sharma and Miralda, who began by discussing Riga as a capital city and on the other hand a geographically and economically marginal place, and went on to compare its position with other cities in the world that for various political, economic and geographical reasons find themselves in a similar situation. How is it possible to overturn this position, not only when thinking about Riga, but more broadly: both geopolitically and in relation to social groups marginalised for their race, class, religion, or sexuality? To find answers to these questions, the artists were invited to map the so-called outlands together and place them at the centre of attention.

Tracing his existing practice in India – curator Sumesh Sharma has written a text for the exhibition’s catalogue that looks at personal stories of individual artists as well as their travel and creative trajectories while charting the formation and problematics of Indian modernism. Is it possible to draw parallels between the developmental paths of geographically distant places, and if so, how? How are these processes of empathy and comparison influenced by such phenomena as colonialism and imperialism, and what are the imprints of this history on contemporary society? In turn, responding to Sharma’s essay, Àngels Miralda reveals a personal perspective on outlands as places which allow different opinions, identities and realities to coexist, in contrast to the monolithic narrative of nationalism.

Organized by Latvian Centre for Contemporary Art
The tenth edition of SURVIVAL KIT, the largest annual contemporary art event in the Baltics, will take place in two parts: this September in the building of the Riga Circus, while a broad concluding programme of the festival is planned for June 2019 at a venue yet to be announced. 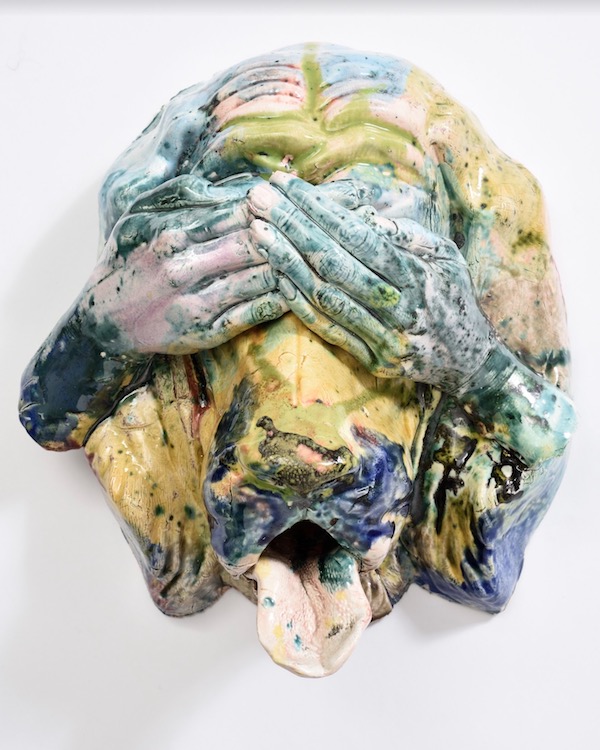 In September and June, SURVIVAL KIT will turn to the investigation of the concept of outlands, questioning the traditional division of geopolitical and cultural space into centre and periphery, shedding light on the complex construction of identity. Outlands are not always geographical, they can be any territory characterised by a complex politico-economic situation which makes them more difficult to reach both literally and metaphorically. Thus, although physical distances from Riga are similar, Western Countries are much more accessible and attractive than Kiev, Bucharest or Ljubljana, with which we share our recent history. Through the subject of outlands, the festival also looks at the locally and internationally significant issue of global migration, which has brought to the forefront a row of other problems: racism, growing right-wing nationalism and intolerance towards difference.

Curators of Survival Kit 10.0 in September 2018
Curators Solvita Krese and Inga Lāce from the Latvian Centre of Contemporary Art will be joined by curator Sumesh Sharma from Bombay as well as Barcelona and Berlin-based curator Àngels Miralda. Sharma is one of the founders of Clark House Initiative, an association of artists and curators, while Miralda has worked with exhibitions in the Santiago Museum of Contemporary Art in Chile and elsewhere.

This year, in collaboration with Goethe-Institut Riga, the exhibition created within Survival Kit festival in Riga circus, has been titled Leer |Stelle. 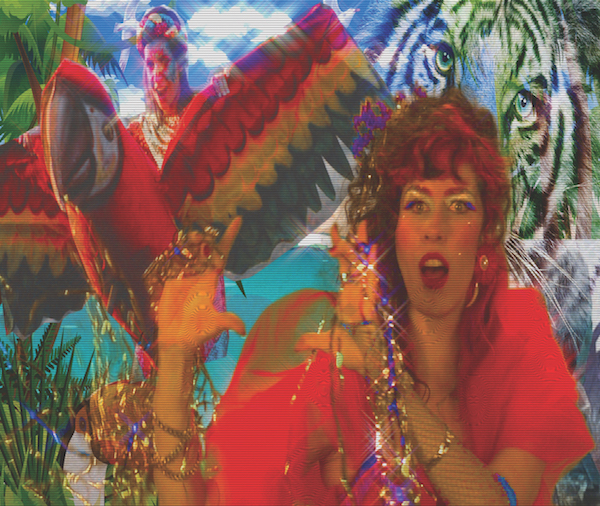 About Survival Kit
Established in 2009, Survival Kit is the biggest contemporary art event in the Baltics, attracting more than 10,000 visitors every year. It arose in reaction to the economic crisis in Latvia with the aim of calling on society to respond to changes in the contemporary world and consider various survival strategies. Each year, a socially relevant and important theme is selected for the festival. Empty buildings in Riga are used as festival venues, bringing our attention to their potential future development.
The 10th edition of the contemporary art festival Survival Kit will take place in two parts—the festival’s introduction is in the Riga Circus building from September 6 until September 30 and an exhibition and a large accompanying program will follow in 2019, in a venue yet to be announced.