Sadler’s Wells has announced 20 landmark commissions to mark the 20th anniversary of its popular London theatre. Antony Gormley and the late Howard Hodgkin, Natalia Osipova, Mark Morris, William Forsythe, Sharon Eyal and Akram Khan are among the internationally acclaimed artists presenting new work, which will be produced or co-produced by Sadler’s Wells in 2018.

Sadler’s Wells’ current theatre is the sixth building to have stood on the Islington site since Richard Sadler first established a theatre there in 1683. The venue has played a vital role in the history of theatre ever since, with The Royal Ballet, Birmingham Royal Ballet and English National Opera having all begun life there. Since 2005 Sadler’s Wells has brought more than 150 new works to the stage, and its productions have been seen by over 1.7 million people. 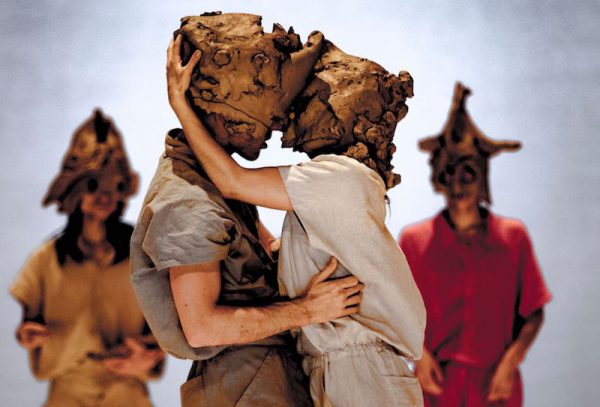 “Sadler’s Wells under Alistair’s directorship has become a generating engine of new forms of dance and the collaborations and the artists that he has as associates of Sadler’s Wells has made it a community, a creative community that is agenda setting.

I think what the Olympic site gives Alistair, Sadler’s Wells and dance as a whole, is a new laboratory in a new part of London. The fact that there are other institutions that are going to be there, that there will be cross over between dance, music and fine art – this is exactly what should be happening across art forms, a sense of a community, a varied diverse community of interests that are cross-fertilising.

Sadler’s Wells is where you go to get inspired, just being energised by this extraordinary display of intelligent bodies, extraordinary music, an architecture of sound irradiated by wonderful surprising movement – it’s the best thing.” – Anthony Gormley, Ambassador 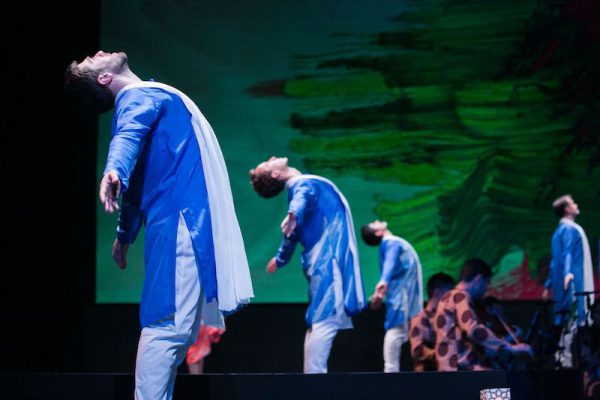 The 20 works to mark the anniversary year are:

World renowned American choreographer William Forsythe presents A Quiet Evening of Dance (4 – 6 October). Produced by Sadler’s Wells, this is his first full evening presentation since he closed the Forsythe Company in 2015, and includes two new works.

The UK premiere of Layla and Majnun, a collaboration between Mark Morris, Howard Hodgkin and Yo-Yo Ma’s Silk Road Ensemble which tells the story of the Middle Eastern Romeo and Juliet (mid-November).

Icon, a new work by Sidi Larbi Cherkaoui with Antony Gormley that explores concepts of icon and iconoclasm, with a set made from 3.5 tonnes of clay (late November)

For XENOS, Akram Khan gives his final ever solo performances in a full-length work, telling the tale of an Indian colonial soldier in the First World War (29 May – 9 June),

Used To Be Blonde, is the world premiere of a new commission by newly appointed Sadler’s Wells Associate Artist Sharon Eyal for the National Youth Dance Company (7 April at Sadler’s Wells, then touring)

Jazz Refreshed musicians will be part of a new dance commission for the theatre’s annual international hip hop dance theatre festival Breakin’ Convention, marking its 15th anniversary in 2018 (5 – 7 May)

Also during Family Weekend, upsidedowninsideout, by Melbourne-based company One Step At A Time Like This, will see families dive into secret spaces in Sadler’s Wells not usually accessible to the

Sadler’s Wells Artistic Director and Chief Executive Alistair Spalding said: ‘At Sadler’s Wells we don’t just present dance performances, we make dance happen. We embrace all forms of dance here, reflecting the dance traditions of the world at the same time as reflecting the way the world is today. It’s a tradition of the new, whether that be ideas, ways of making dance, discovering dance, or creating new collaborations. So it’s absolutely right that we celebrate our anniversary with “20 for 20”: 20 commissions representing the finest talent from all over the world and artists at every stage of their career.’
Visit Here