2018 marks the 50th anniversary of the iconic Brutalist Hayward Gallery and it re-opens this week after a two-year refurbishment and restoration programme. The upper galleries will be flooded with natural light for the first time after the replacement of sixty-six pyramid roof lights.

A retrospective exhibition by photographer Andreas Gursky (born Germany, 1955) is the first show in the newly renovated space. The exhibition will span the German photographer’s entire career, from his iconic works of the 1980s through to five new pieces created for the occasion.

Ralph Rugoff, Hayward Gallery Director, says: ‘I’m thrilled that we will reopen the Hayward Gallery with an exhibition by an artist who has created some of the most visually compelling images of his generation – work that has changed not only the vocabulary of photography but of picture-making in general. Acutely thoughtful as well as ingeniously composed, Gursky’s photographs provoke us to reflect anew on contemporary social landscapes across the world. A true innovator engaged in thinking about and picturing the times in which we live in, Gursky is the perfect artist for launching the 50th anniversary year of the Hayward.’ 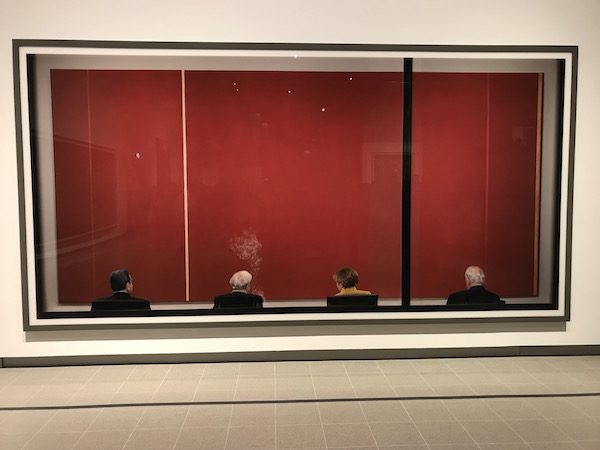 Widely regarded as one of the most significant photographers of our time, Gursky is known for his large-scale, often spectacular pictures that portray emblematic sites and scenes of the global economy and contemporary life. As he has stated: “I only pursue one goal: the encyclopedia of life.” The exhibition will feature approximately 60 of the artist’s ground-breaking photographs, from the 1980s through to eight new works, which continues to push the boundaries of the medium.

Gursky’s art is driven by an interest, and insight, into forms of collective existence and includes depictions of massive man-made structures and huge gatherings of people in nightclubs, factories, arenas, and vast landscapes.

“I only pursue one goal: the encyclopedia of life.” Andreas Gursky

The exhibition includes some of the artist’s most well-known works including Paris, Montparnasse (1993), an immense and iconic photograph showing a seemingly endless block of flats; and Rhine II (1999/2015) a sleek digitally-tweaked vision of the river as a contemporary minimalist symbol. Kamiokande (2007) featuring the vast underground water tank within the Kamioka Nucleon Decay Experiment, Japan; and May Day IV (2000/2014) depicting hundreds of revellers at Germany’s long-running Mayday techno music festival. Often employing a bird’s-eye perspective, these large-format pictures – which rival the scale of monumental paintings – boast an abundance of precisely captured details, all of which are uncannily in focus.

Since the late 1980s, Gursky has depicted a broad spectrum of contemporary life including sites of commerce, industry and tourism across the globe, making pictures that draw attention to our changing relationship with the natural world and chronicle the effects of globalisation on day-to-day life.

Over the past three decades, Gursky has increasingly made use of computer-enabled post-production techniques to make photographs whose scale, precision, composition, and complexity are unprecedented and have critically expanded the possibilities of the medium.

In recent years, Gursky’s experiments in manipulating images have led him to create examples of ‘fictional photography,’ extending his implicit questioning of our faith in the factual veracity of images. As he has remarked, today, ‘reality can only be shown by constructing it’. 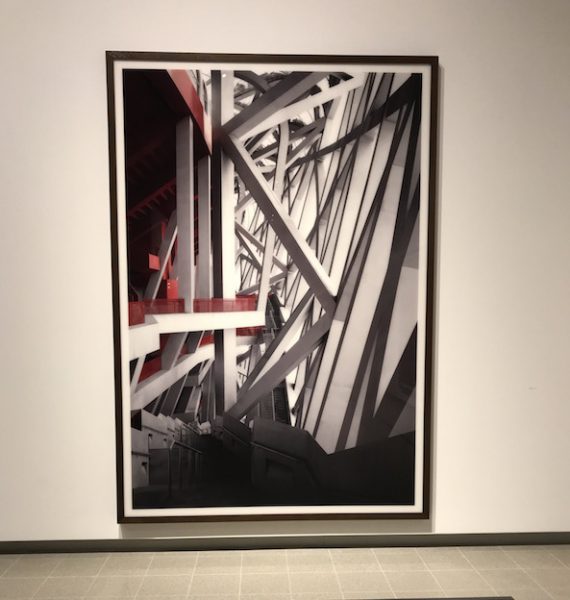 Following a thread that has developed throughout Gursky’s career, a number of recent pictures share more aesthetically with abstract painting than documentary photography. For example, Untitled XIX (2015), depicts acres of Dutch tulips which, seen from a considerable height, appear as a quasi-abstract composition featuring bands of subtly variegated colour. Straddling the line between abstraction and representation, these works underline the formal concerns that run through all of the artist’s work.

Andreas Gursky is curated by Hayward Gallery Director Ralph Rugoff in collaboration with the artist.