Mark Hix and HIX ART have announced the return of the highly- anticipated HIX Award, the nationally acclaimed annual competition for art students and recent graduates.

This is an exhibition featuring works by the shortlisted artists will be held at HIX ART, running until Sunday 19th November, with the winner of the award to be announced at a prize-giving ceremony on Thursday 26th October. 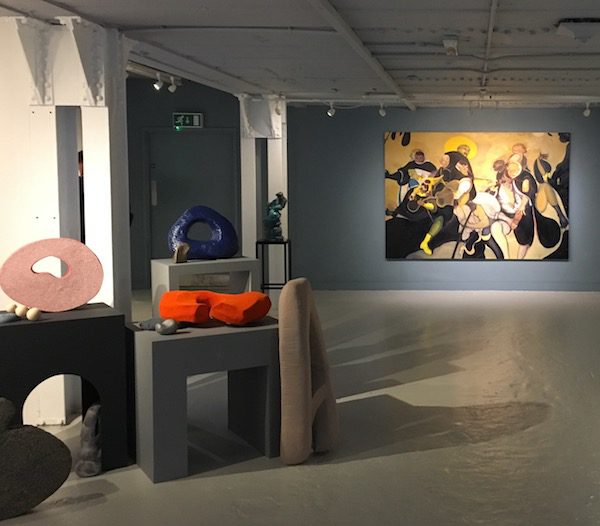 Founded in 2013, the award aims to help young students and graduates take their first steps as a professional artist. Past winners include; Felix Treadwell, Ally McIntyre and 2016’s winner Joshua Raz, whose acclaimed whose show was a complete sell out. Alongside Mark Hix will be a 30-strong judging panel to include; Eliza Bonham Carter head of Royal Academy Schools, Anita Zabludowicz fine art collector and Dylan Jones editor of GQ magazine.

This year’s winner will be awarded a top prize of £10,000 – donated by Coutts private bank and Baxterstorey, leading independent hospitality provider. They will also be given the opportunity of holding a solo exhibition at HIX ART in 2018 and the chance to design a limited-edition silk scarf for luxury clothing brand Turnbull & Asser.

‘For many artists, the HIX Award is their first exposure to the art world and this year, with the increased prize money, the winner can truly support themselves in the start of their career. With momentum building as the quality of work gets more impressive each year, we are excited to announce 2017’s shortlisted artists’ – Sophie Harriott, Director of HIX ART

HIX ART was established by the restaurateur and author Mark Hix in 2012. The gallery is housed in the basement of Tramshed in Shoreditch, London and is run by Sophie Harriott, Gallery Director. Staging up to eight exhibitions annually, its curatorial programme embraces a wide range of artists, from the established to the undiscovered.