DRAG: Self-portraits and Body Politics ​is the first institutional exhibition to expand on the traditional representations of drag, involving drag queens, drag kings and bio drags from different generations and backgrounds. The exhibition focuses on self-portraiture from the 1960s to the present day including work by artists who have used drag as an artistic tool to explore or challenge preconceptions of identity, gender, class, politics and race. Featuring the work of key established figures such as Pierre Molinier (b.1900-d. 1976), VALIE EXPORT (b.1940), Robert Mapplethorpe (b. 1946–d. 1989), Ulay (b. 1943) and Cindy Sherman (b. 1954), as well as self-portraits by a younger generation of contemporary artists who have recently embraced drag as an art form like Adam Christensen (b. 1979), Oreet Ashery (b. 1966) and Victoria Sin (b. 1991).

The exhibition explores drag from a contemporary perspective in light of current debates on gender identity and selfie culture. Paul Kindersley (b.1985), whose work touches on class and consumerism, has been commissioned to create a new site-specific wall painting and Adam Christensen will present a new performance for the opening night. David Hoyle’s (b. 1962) paintings are displayed for the first time in an institutional setting. 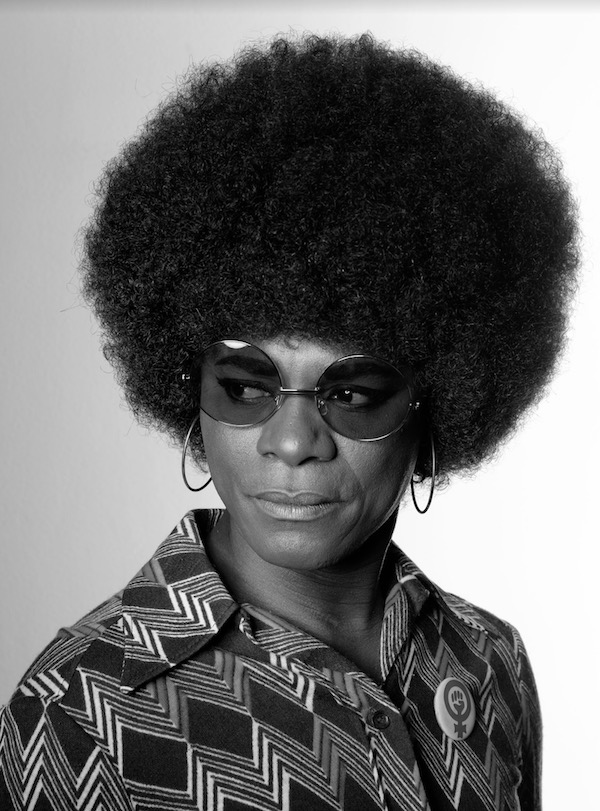 DRAG: Self-portraits and Body Politics is presented through a multitude of distinct voices rather than offering a linear or chronological narrative. The artists included explore key cultural shifts from the past 50 years, and through drag, they address a diverse range of topics from feminism to the AIDS crisis and post-colonial theory. Most of the works in this HENI Project Space show are photographs, but the exhibition also includes works in other media, including performance. Throughout the run of the exhibition there will be three exhibition tours led by key figures from London’s drag scene.

The artists in the exhibition demonstrate that drag is rarely a simple act of emulation but sets out to draw attention to the way that gender is constructed, choreographed or performed in our everyday lives. A number of artists in the exhibition explore the idea of being neither one gender or the other, but rather something more ambiguous, something in-between. In her Identity Transfer images VALIE EXPORT’s gender is deliberately androgynous; neither straightforwardly male or female. Luciano Castelli’s (b.1951) self-portraits, are another example and were motivated by the idea that ‘we are all made up of male and female aspects’. In his photographs, Castelli criticises what he saw as a conservative, puritanical society, and celebrated the sexual freedom of the pre-AIDS generation. Eleanor Antin’s (b.1935) work emerged from a belief that ‘the usual aids to self-definition – sex, age, talent, time, and space’ were ‘tyrannical limitations’ on her ‘freedom of choice’. 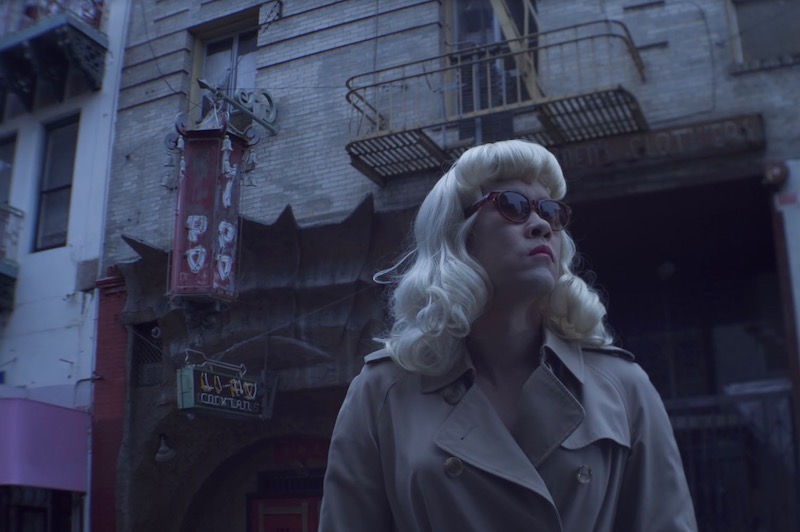 As well as parodying and unsettling the very idea of gender, drag is also able to reveal and undermine other systems of oppression. In this exhibition, Samuel Fosso (b.1962) and Ming Wong (b.1971) use drag to critique the depiction of cultural and racial stereotypes, while Jo Spence (b.1934-d.1992)  uses it as a tool to make a comment on class systems. Artists included in the exhibition use drag in a humorous way to make poignant and often political comments, Brooklyn-based artist and feminist activist Martha Wilson (b.1947) for example has been experimenting with both male and female identities: borrowing from stand-up comedy, she performs as political personalities including Barbara Bush and Bill Clinton. In his work,
Francesco Copello (b.1938-d.2006) often explored sexual identity and nationality. In his 1975 series of photographs El Mimo y La Bandera (The Mime and the Flag), we see the artist in drag dancing with the Chilean flag. The series alludes to the absence of individual freedom after Pinochet’s military coup of 1973, and references the artist’s own exile from his homeland.