A new photography exhibition of work by Lee Miller at The Lightbox gallery and museum in Woking will display a rarely-seen, carefree side to the iconic artist, Pablo Picasso. Lee Miller: Picasso Portraits will depict Picasso enjoying the company of his friend, lover and muse.

A related exhibition will also run concurrently with the Lee Miller show. Four Days with Picasso will display a fascinating selection of photos of Pablo Picasso taken by British photographer Stanley Stanley after a chance encounter on holiday. 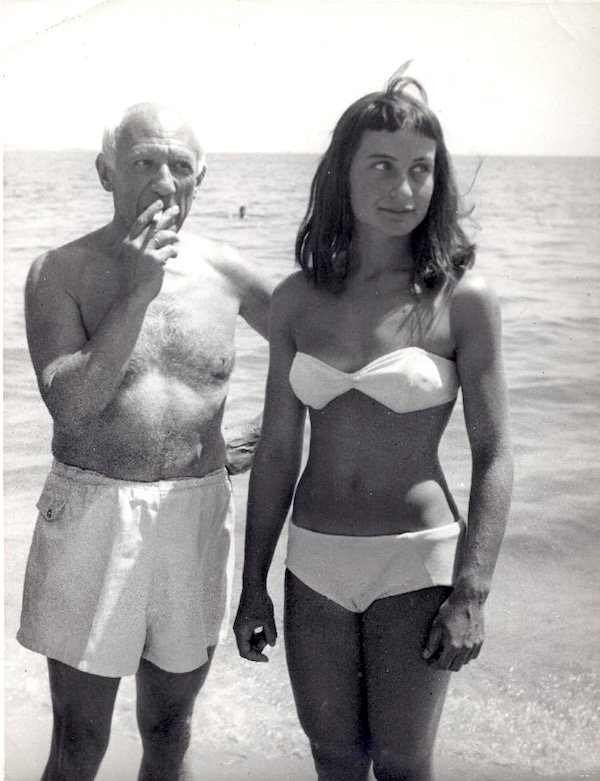 The Miller exhibition will consist of thirty portrait images of Picasso taken over a period of over three decades by Lee Miller, American model, turned Surrealist photographer. Picasso is often presented in photographs as a somewhat fearsome figure; his fierce stare was famous. However, many of the images in the exhibition have been chosen for their easy intimacy; portraits of off-duty Picasso, less work – more play. Miller got the access of a close friend and confidant, and the photographs show that Picasso was entirely comfortable and fully trusted her. Also included in the exhibition are shots of Picasso’s famously chaotically messy studios, portraits alongside other artist friends and holiday snaps.

Miller first met Picasso around 1929, but their friendship really began from 1937 onwards when they became romantically linked, and Miller became a temporary muse for Picasso. Their friendship was to endure until the artist’s death in 1973 and Miller’s husband, Roland Penrose, became a champion of Picasso’s work.

After meeting on the beach in the South of France in the summer of 1954, Stanley Stanley hit it off, with Picasso who in turn invited him to spend time at his nearby villa. Stanley spent several days with Picasso, his family and circle of friends, and during this period the artist allowed Stanley to record the visit in a series of photographs. What resulted was a sequence of images which are magical in their informality and a unique insight into the family life of the world-famous artist.

The photographs include an open-shirted Picasso smoking in the sunshine; his young daughter Paloma playing on the beach; Picasso standing in the sea with a beautiful young Parisian woman known only as Nivea; and Ernst Ascher, the Austrian dealer of African art, is seen in the sea with a face drawn by Picasso across his stomach, and in another photograph showing Picasso an array of wooden African artefacts.

Also included in the exhibition will be a painted ceramic plate, made by Picasso and gifted to Stanley. The plate sat undisplayed for many decades in Stanley’s sock drawer, as although he enjoyed the artist’s company, he had no great regard for his art. This piece will be displayed alongside the Rolleiflex camera Stanley used to take the photographs.

This exhibition will be running alongside the Main Gallery exhibition Picasso: Paper and Clay (17 March – 24 June 2018), celebrating 70 years of Picasso’s work, showcasing his boundary-pushing creativity in drawing, printmaking and ceramics.
As well as this, Lee Miller: Picasso Portraits (14 April – 17 June 2018) will show American model turned photographer Lee Miller’s photographs of her lifelong friend Picasso, for whom she was also a muse.