To mark the 500th anniversary of Leonardo’s death a once-in-a-lifetime occasion: a series of his very beautiful drawings displayed simultaneously in 12 cities across the UK – total 144. “It’s a unique event,” Martin Clayton told me. “There’s never ever been anything like it. We are aiming at a million visitors.”

I am sure they will exceed this. These specially selected drawings come from the Royal Collection Windsor where they have been since at least 1690. The 550 sheets bequeathed by Leonardo to his assistant, have remained together for 500 years, and despite their journey from Italy to Spain to Britain, avoided fire, flood or simple loss. Due to the quality of Leonardo’s inks & paper, they are in excellent condition. 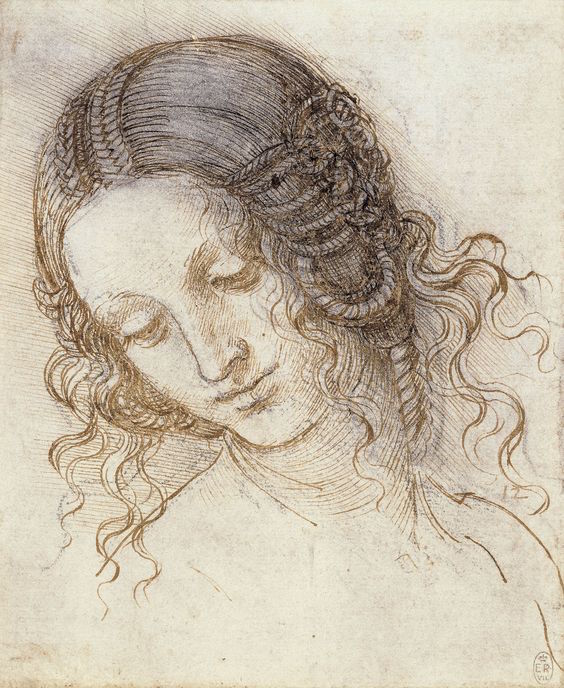 The 12 lucky cities are Belfast, Birmingham, Bristol, Cardiff, Derby, Glasgow, Leeds, Liverpool, Manchester, Sheffield, Southampton & Sunderland. All the drawings will be shown in the summer in the Queen’s Gallery, London while 80 go to Holyrood, Edinburgh, November to March 2020.

So how on earth decide who gets what? Clayton, Head of Prints & Drawings, explains, “We tried to make it as fair as possible.” So all 12 were invited to Windsor where a large table held 12 envelopes. “It was a lucky dip. No favouritism!”

“For each venue, I tried to include a full range of Leonardo’s subjects & techniques: portraits, anatomical studies, botanical sketches, maps, weather studies, and horses, of course, even one work on blue & on red paper,” Clayton emphasises Leonardo’s role as a pioneer, the first artist to use red chalk, even red on red, as a critical medium for drawing the figure, a method picked up by both Michelangelo & Raphael.

This superhuman Renaissance man’s unquenchable curiosity led him to address the sciences as much as art: mathematics, engineering, literature, geology, astronomy, architecture, botany, history, cartography, and especially anatomy, investigated in thousands of pages of scientific notes. Glasgow has the extraordinary, first ever, genuinely accurate rendering of the spine, an essential work. “It’s the only instance where an image leapt from medieval to modern at a stroke,” Clayton says. There is also a powerful dissected Bear’s Foot 1489, plus numerous skulls.

Leonardo also drew tempests, floods, storms & landslides and a compelling series of Deluges towards the end of his life.

These drawings were not for public view, purely for himself as he worked to analyse natural phenomena. Leonardo expert, Martin Kemp, has shown how closely interwoven are Leonardo’s pictures and his science.

His spectacular botanical works: sumptuous oak leaves, precise seed-heads, graceful blackberry bower, are often accompanied by detailed notes. Leonardo drew flowers and plants all his life, their naturalistic detail a joy. Glasgow has the real showstopper, Star of Bethlehem, 1506, a stylised vortex, a whirl of leaves around tiny white flowers which he used in his Leda paintings.

Leonardo’s use of ink and/or chalk varied depending on his aims. He began with metalpoint, standard at that period, later using mostly chalk for both rapid and intricate work. Sketches from the imagination appear in looser scribbles of pen and ink. Kemp sees Leonardo’s drawings as “brainstorming” on paper. A very helpful  looks at the basic materials that created these magnificent drawings.

The catalogue is superb, a snip at 10 quid & the exhibition is FREE!

Leonardo da Vinci: A life in Drawing till 6th May.