The Hayward Gallery will present the first major retrospective of Louise Bourgeois to focus exclusively on the works that she made with fabrics and textiles during the last 20 years of her life. Opening in February, Louise Bourgeois: The Woven Child launches the Hayward Gallery’s 2022 programme which, as well as a series of free outdoor art commissions, includes two major groups shows: In the Black Fantastic, an exhibition of contemporary artists from the African diaspora whose works engage with the speculative and the mythic, and an autumn exhibition exploring how contemporary artists have used the medium of clay and ceramics in inventive and unexpected ways.

The Woven Child, the first major retrospective of this legendary artist to focus exclusively on textiles

Comprising one of the greatest late career chapters in the history of art, Bourgeois forged during this period a body of work in which many of her lifelong concerns were re-articulated in newly provocative and profoundly enlivening ways, including her exploration of identity, sexuality, family relationships, reparation, and memory. In surveying this late body of work, Louise Bourgeois: The Woven Child will explore what the artist, in her own words, called ‘the magic power of the needle … to repair the damage’ and to offer ‘a claim to forgiveness’. 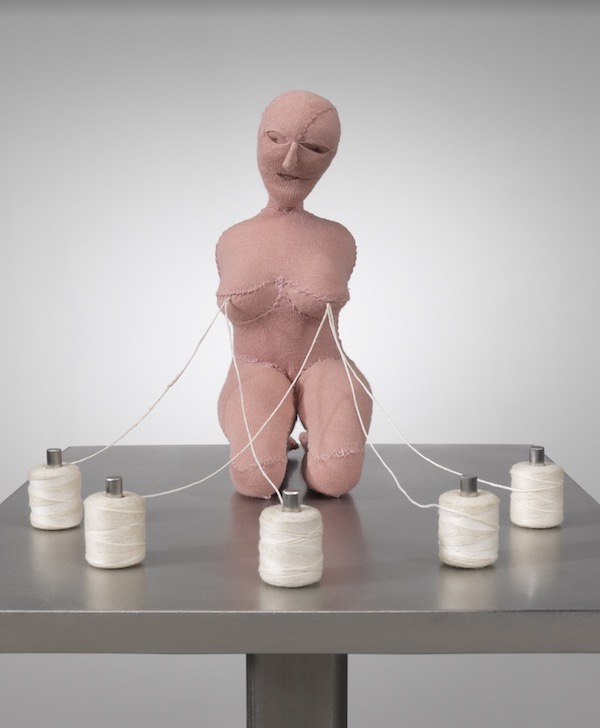 Beginning in the mid-1990s and continuing up until her death in 2010, Bourgeois created an astonishingly inventive, and psychologically charged, range of sculptures using domestic textiles, including clothing, linens and tapestry fragments, often sourced from her own household and personal history. This departure from traditional sculptural materials represented a return to the artist’s roots. Bourgeois’s connection to fabric began in her childhood, during which she helped in her family’s tapestry restoration atelier in France. Her decision to create artworks from her clothes and household textiles was thus a means of transforming as well as preserving the past. She viewed the actions involved in fabricating these works – cutting, ripping, sewing, joining – in psychological and metaphorical terms, relating them to notions of reparation and to the trauma of separation or abandonment.

Featuring over 90 works, Louise Bourgeois: The Woven Child will survey the complete range of fabric artworks that Bourgeois produced during her last two decades. The exhibition includes major installations, notably several of Bourgeois’s monumental Cells, in which hanging configurations of old dresses, slips, and nightwear directly reference her personal history. The imposing installation Spider (1997), and the related Cell piece, Lady in Waiting (2003), incorporate fragments of antique tapestry. Bourgeois understood the spider as both protector and predator, and associated it with her mother, a weaver and tapestry restorer. Its ability to weave a web from its own body was a metaphor that Bourgeois also used to describe her artistic process and is a particularly poignant image within this survey of her fabric work.

The exhibition will include a comprehensive range of figurative sculptures, many of which are missing limbs and heads or feature fantastical bodies that call to mind characters from unsettling fairy tales. Presented in vitrines, suspended from the ceiling, or displayed on plinths, Bourgeois’s fabric figures – which largely portray female bodies – pointedly conjure states of abjection, abandonment, or entrapment. A significant selection of the artist’s fabric heads will also be showcased, revealing the wide range of expressions that she elaborated in these uncanny and impactful portraits. Also featured is a selection of Bourgeois’s ‘progressions’: columns of stacked textile blocks or lozenges, organised in ascending and descending sequences. With these works, Bourgeois returned to the vertical sculptural forms that dominated her early work in the 1940s and ‘50s, only now rendered in soft materials.

Bourgeois regularly revisited and revised motifs from earlier works throughout her career, a practice that reached a climax with a group of four major late works, made during the last five years of her life, in which combinations of different types of sculptures are displayed together in large vitrines. Collectively, they constitute a kind of summary statement of her late fabric art.

In addition to sculpture, the exhibition will highlight a wide selection of Bourgeois’s vibrant fabric drawings, books, prints and collages, including collages which feature large-scale clock faces that she produced during the final year of her life.