London: Moniker Art Fair’s eighth edition will consolidate its position as one of the leading global art fair dedicated to urban art and its related subcultures, welcoming a wave of existing and new collectors keen to collect and interact with the art world’s fastest-growing contemporary sector.

Since its bold inception in 2010, Moniker has observed and encouraged urban art’s surge in popularity which has become a steadily growing source of value for top collectors. Each exhibitor has been hand- picked by Moniker to present a pre-approved and market-tested collection of works that see huge investment opportunities, and a unique experience for collectors that have earned the fair its reputation among art fans, collectors’ circles and critics alike.

As emerging artists have become household names, the value of work has noticeably increased. Moniker’s proven track record of investment successes include London favourite Stik who first exhibited at the fair in 2011 with original artworks priced at £1,000, now valued at £20,000; in 2012 C215’s work on mailboxes were individually sold for around £2,000 and within a year reached three times its estimate at Artcurial Paris Auction, sold for £18,000; and German Duo Herakut whose first solo show in London in 2010 at Moniker Art Fair with artworks priced at the £2,000 mark, now similar artworks reach £8,500.

With Moniker’s long-standing history of bringing the globe’s most influential new-contemporary and urban art galleries together, they will continue to accommodate the rise in interest by doubling the number of exhibitors, with major galleries attending from as far-flung areas as California, Hong Kong, Canada, South Africa and Japan. 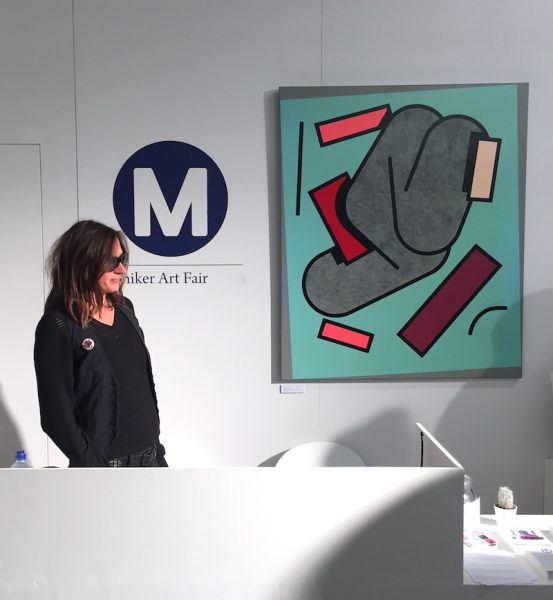 Moniker 2017’s exhibitors highlights include an impressive list of solo presentations and group shows, such as Canadian artist Stikki Peaches who will present new work via the Montreal-established urban art gallery Station 16; Fin DAC who is internationally recognised for his large-scale murals of captivating geishas and will be presenting new paintings within Moniker’s Young Galleries Programme at Jewel Goodby Contemporary; and the Los Angeles Pop Artist, Matt Gondek, who paints deconstructed pop icons and will exhibit new works at debuting gallery Avenue Des Arts.

Leading gallery, Thinkspace from California presents seven solo exhibitions from the scenes most globally sought-after artists, including the first UK exhibition of artist Audrey Kawasaki, a Los Angeles prodigy and a leader in the lowbrow art movement who maintains a waiting list for her original artworks, commanding between £15,000-£25,000 for her instantly recognisable paintings. Additionally, Kevin Peterson – rising star within the international new contemporary art world – captivates audiences with his unique and highly realistic paintings.

This year will also see the launch of the Moniker VIP programme, presenting curated tours and further opportunities for investors, in collaboration with partners such as The Wellcome Collection, Artvisor, and The Art Conference. The inclusion of the ‘young galleries’ programme, presents a selection of galleries with less than two years in the business – a must-visit for those keen to invest at the very beginning of their careers.

Fair Director of Moniker Art Fair, Tina Ziegler, comments, Moniker has always struck a balance between a finely-curated collector experience and a showcase inviting interest from those completely new to urban art and the possibilities of early investment. The Banksy and Stik works appearing in The Frame poll this week is not a surprise to me: the world has over the past decade become besotted with urban and new contemporary art. Now is a good time to invest and support the artists we champion at Moniker – We’ve proven that investment in this scene pays off, and now collectors are gearing up to get involved.