txtʃərz is the first new work by Elizabeth Price to premiere in London since 2012 when she won the Turner Prize for The Woolworths Choir of 1979. txtʃərz is a two-channel projection work of high-definition video, approximately 10 minutes long. The narrative is a satirical, futurological story, set in a time and culture close to our own. It concerns a contagion of elective muteness that spreads rapidly through certain professional classes. As a proxy for speech those affected make and wear elaborate monochrome costumes and perform absurd and profane rituals. The story is delivered by a group of academic authors, writing about the phenomena, who dispute the origins and meaning of this silence. The visual subject matter is a series of stencils, lit from the rear which flutter, rotate and hover in front of the camera and which take on the appearance of a strange, comic but sombre dance.

Speaking about the exhibition, Elizabeth Price says: “I’m very excited to be showing at Morley College London for two reasons: partly because of the institution’s longstanding commitment to experimental art and music and also because of its enduring optimism regarding the civic benefits of artistic education. The work I am developing is a critique of the corporatisation of education, and so it is the perfect context for this.” 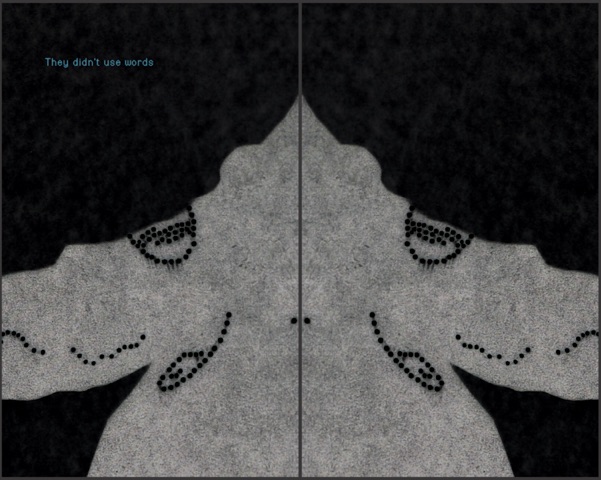 Elizabeth Price (b.1966) predominantly works in high-definition digital video with live action, motion graphics, 3D computer animation, and sound. Her work is informed by histories of narrative cinema and experimental film. In 2012 she was awarded the Turner Prize and in 2013, the Contemporary Art Society Annual Award for Museums. Her Turner Prize-winning work The Woolworths Choir of 1979 is currently on display at Tate Britain. Later in 2018 Elizabeth will be exhibiting new work at the Walker Art Center, Minneapolis, commissioned by Film and Video Umbrella (FVU), Nottingham Contemporary, and the Walker Art Center. In 2019 she’ll be showing work at The Whitworth in Manchester and at Nottingham Contemporary.

Morley College London is one of the UK’s largest and oldest specialist providers of adult
education. Founded by Emma Cons in 1889 to address the learning needs of working people, Morley was the first institution of its kind to admit both men and women on an equal footing. The College has always had strong ties to the worlds of music and performing arts, having been originally based in what is now The Old Vic theatre. Gustav Holst was Music Director at the college from 1907 to 1924 and its main music room is named after him. Ralph Vaughan Williams and Benjamin Britten taught at Morley while other high profile figures associated with the college include Virginia Woolf, Edward Bawden, Eric Ravilious, Maggi Hambling, Peter Blake, David Hockney, John Piper and Bridget Riley. Celebrating its 50th anniversary this year, Morley Gallery shows between eight and twelve exhibitions annually, ranging from painting and sculpture to photography and digital art.

The Morley Festival is a celebration of the arts, being held at the College’s main centre on Westminster Bridge Road and various other London venues from 27 June – 14 July.
The Festival this year has an overall theme of “Planets”, in recognition of the centenary of the first performance of Holst’s Planets Suite. Noteworthy events at the Festival, in addition to Elizabeth Price’s video work, txtʃərz, include the premiere of a specially commissioned arrangement of Holst’s Suite for four pianos and eight players, a screening of BBC4’s biographic film Holst: In the Bleak Midwinter, with a Q&A session with director Tony Palmer and a very unconventional concert from experimental ensemble The Instant Orchestra led by Radio 3’s Late Junction presenter Max Reinhardt.

Elizabeth Price txtʃərz 5 – 14 July 2018 Morley Gallery on 5 July as part of the Morley College London Festival of Arts and Culture.