Nancy Fouts is best known for her distinctive sculptural works, which reconfigure commonplace objects and materials with a characteristically playful and provocative humour. Combining Surrealism, Dada and Pop Art, her work brings together seemingly disconnected objects and ideas to revel in the inherent strangeness of the everyday.

“tickling things up”, with the ethos that “wrong is nice” – NF

The present exhibition addresses the recurring themes throughout Fouts’ work, such as time, nature, and religious iconography, and includes key pieces from the past decade, alongside new works on view for the first time.

Fouts describes her approach to gleaning ideas as “beachcombing”, rediscovering the familiar with a perspective that she likens to childhood naivety. For Fouts, the childlike viewpoint establishes found objects as playgrounds for invention, (in some cases incorporated as elements of a game such as Skittles Madonnas), unpicking the layers of meaning attributed to the common motifs of daily life and providing a sharp-witted, satirical view of the systems through which symbolic meanings and values are assigned. 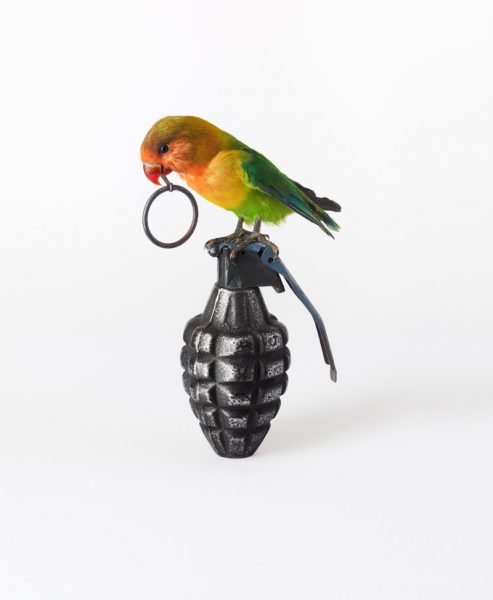 This playful process of deconstruction often elicits surprise; in this exhibition, a blister pack of pills instead contains ladybirds (carefully preserved and re-painted), and a traditional policeman’s whistle reveals a glass eyeball inside the chamber.The function of the original object is also often reversed or subverted by the use of visual paradox, such as a thorn-encrusted walking stick that offers no support, or similarly, a prickly ‘Peacemaker’ gun, which cannot be red without self-injury. Fouts describes these interventions as “tickling things up”, with the ethos that “wrong is nice” – a light-heartedness that barely conceals a darker side.

Fouts’ inventive use of materials and techniques varies widely between individual pieces, with each new method of working developed in service of the idea.Traditional processes of mould-making contrast with a self-taught approach to the rudiments of motorisation and taxidermy.

Reproductions of well-known works of art are subject to a teasing manipulation through both additive and subtractive means, such as Birth of Venus, without Venus (after Botticelli, Birth of Venus), while mass-produced religious icons – frequently recomposed throughout Fouts’ practice – are installed as a collection of similar reproductions of the same icon (Artefact Board with Cruci x). Exit Jesus, an illuminated sign that guides the viewer out of the exhibition, takes its subject from both religious symbolism and the lexicon of signs in everyday life. Here, the letter ‘X’ of the word ‘EXIT’ also represents a crucial x, a visual punch line that offers a characteristically destablised reading of both symbolic forms.

Nancy Fouts (born 1945, USA) lives and works in London, UK. She graduated from Chelsea School of Art in the 60s, then attended the Royal College of Art, while painting shop fronts in Carnaby Street, for the likes of Lord Kitchener’sValet. In 1968 she co-founded the pioneering design and model making company Shirt Sleeve Studio and won the Designers and Art Directors Associations Gold Award for Most Outstanding Artwork in 1973. She created seminal ad campaigns for Silk Cut, British Airways, Benson & Hedges, and Virgin, and designed album covers for bands including Manfred Mann, and Steeleye Span. The record sleeve for Steeleye Span ‘Commoners Crown’, won the 1976 award for Best Designed British Album Sleeve. Fouts’ first exhibition took place at Flowers Gallery in 1970 (during the gallery’s first year). She directed the artist-run gallery Fouts and Fowler, which opened in 1989. Fouts has since exhibited in London, Venice, Denmark and Brussels. 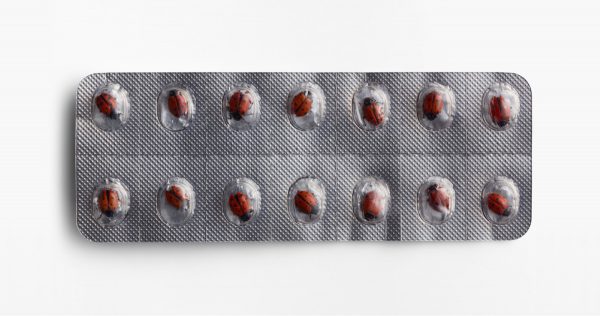