A unique opportunity to view a group of paintings by Pablo Picasso created in the 1930s will be on offer at Tate Modern in March 2018. The works will be reunited for the first time since exhibited and sold over 80 years ago. It includes three works featuring the artist’s lover Marie-Thérèse Walter which have not been shown together since 1932, the year they were created. Made over the course of only five days Nude, Green Leaves and Bust, Nude in a Black Armchair and The Mirror will be reunited as a highlight of The EY Exhibition: Picasso 1932 – Love, Fame, Tragedy. Each painting is an exceptional loan to Tate Modern, originating from private collections across the globe, offering a once-in-a-lifetime chance to experience these outstanding works together.

The three paintings will be reunited for the first time since Picasso’s first full-scale retrospective held at the Galeries Georges Petit in Paris and the Kunsthaus in Zurich. They are celebrated for their role in reaffirming Picasso’s place at the centre of the art world in the early 20th century. Their bold colours and decisive lines describe a sleeping young woman, now instantly recognisable as the artist’s lover Marie-Thérèse Walter with whom he had begun an affair five years earlier, but unknown to viewers at the time. Walter’s horizontal form dominates the lower half of each composition, her head tipped back and the fluid lines of her profile reflecting the gently curving leaves of the philodendron plant in the background. 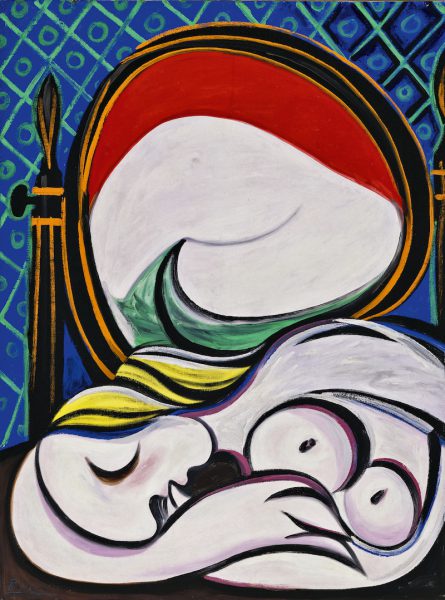 Picasso embarked on these paintings after an extraordinarily productive start to the year during which he painted such breath-taking works as Rest, Sleep and The Dream. Having recently turned 50 with his first retrospective looming, Picasso was determined to prove his creativity and assert his standing in the contemporary art world against rivals including Matisse. In only five days from Tuesday 8 until Saturday 12 March 1932 he produced these three extraordinary paintings, followed two days later by the iconic Girl Before a Mirror, which will also be on loan to Tate Modern from the Museum of Modern Art in New York. For the first time in 85 years, all of these works and more will be shown together, allowing visitors to chart the boundless creativity of this remarkable year in Picasso’s career.

Director of Exhibitions at Tate Modern and curator of The EY Exhibition: Picasso 1932 – Love, Fame, Tragedy, Achim Borchardt-Hume said: “The monumental March Nudes are an undisputed highlight of what has rightly been called Picasso’s ‘year of wonders’. To see them reunited in one room will be a high point in Tate Modern’s exhibition history and an experience not to be missed.” 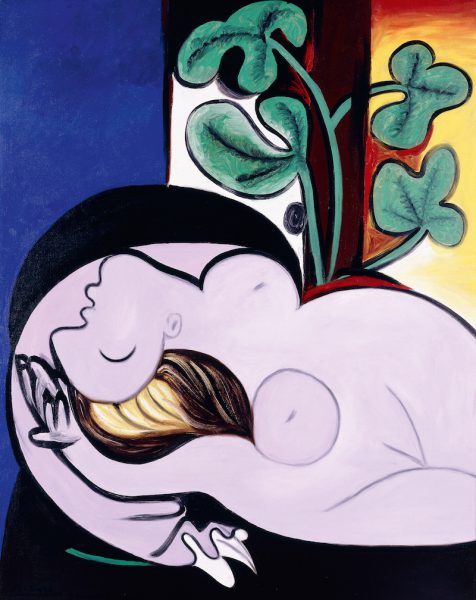 The EY Exhibition: Picasso 1932 – Love, Fame, Tragedy will be the first solo exhibition of the artist to be held at Tate Modern, and one of the most significant shows the gallery has ever staged. It will take visitors on a month-by-month journey through 1932, a time so pivotal in Picasso’s life and work that it has been called his ‘year of wonders’. More than 100 outstanding paintings, sculptures and works on paper will demonstrate Picasso’s prolific and restlessly inventive character, stripping away common myths to reveal the man and the artist in his full complexity and richness.

The EY Exhibition: Picasso 1932 – Love, Fame, Tragedy will open from 8 March to 9 September 2018 at Tate Modern in the Eyal Ofer Galleries. It will be curated by Achim Borchardt-Hume, Director of Exhibitions, Tate Modern and Nancy Ireson, Curator, International Art, with Juliette Rizzi and Laura Bruni, Assistant Curators. The exhibition is organised in collaboration with the Musée National-Picasso, Paris, where it will be curated by Laurence Madeline from 10 October 2017 to 11 February 2018.

The EY Exhibition: Picasso 1932 – Love, Fame, Tragedy will open from 8 March to 9 September 2018 at Tate Modern in the Eyal Ofer Galleries