There was a moment, writes Mark Dean, Chaplain & Interfaith Adviser to University of Arts London, corresponding to, but not defined by the lockdown, ‘we were collectively living in a way that at least intended to put the needs of the most vulnerable first’:

‘Some artists were locked out of their studios, and others, who maybe don’t have studios, but situate their practice in the outside world, were locked in… In this moment also, perhaps for the first time ever, the air in the city was clean, and as a result, everything looked different, especially in the seemingly endless sunshine… It didn’t last long — the air is thickening, and our social spirit is running thin again — but we paused for a moment; and perhaps we will remember what this felt like, when we come to make decisions about the next right thing to do in our ongoing crisis, which began long before the current pandemic, and is environmental, social, and indeed spiritual.’ 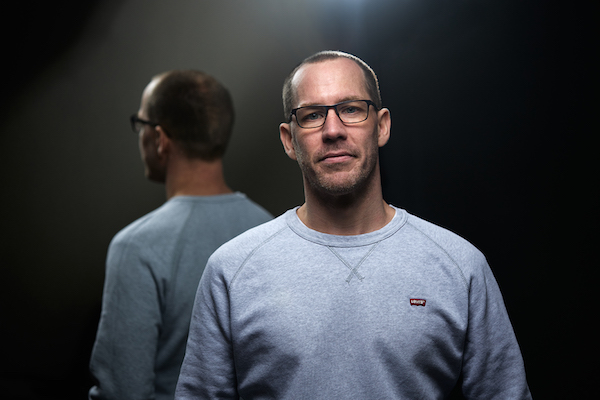 It was during this moment that Dean’s ‘The Spiritual Exercises’ project took place with around a hundred artists responding to an open call resulting in an online exhibition that mediates memory and longing via the parameters of the present.

The moment about which Dean wrote has also been noticed by creative consultant and practitioner Micah Purnell, who has taken a lead ‘from Jack Arts wonderful ‘Community is Kindness’ billboard campaign.’ Covid-19, he suggests, ‘has exposed beauty in dark times for every day.’ ‘Community has become localised due to the lockdown,’ he notes, and ‘we’ve reached out to our immediate neighbours and they have willingly obliged with outstretched arms.’

‘Like the rainbow,’ he says, ‘as dark times rise, people have responded with a vision of how things ought to be.’ His billboard designs refer to the rays of light seen amid such dark times: ‘I didn’t want to produce toxic positivity, where we gloss over trauma and hardship, but to instead recognise, that within the difficulty, people step up. The colours are set to black intentionally, but that enhances their energy.’

This moment has seen ‘the advertising industry in towns and cities worldwide keeping the streets warm and lively displaying works of gratitude and thanks,’ from big ad agencies like Mother London, to creatives on Times Square, to Purnell’s own piece on London’s Southbank. Is advertising, he wonders, ‘reaching its proper potential, tackling peoples’ higher needs of belonging, purpose, friendship, and community?’ Consumers, he argues, ‘are becoming more cynical about brands and advertising’ so, maybe ‘now is the opportunity to innovate and truly offer products and services that act in genuinely helpful ways, as modelled by everyday people at the moment.’

Some of those contributing to ‘The Spiritual Exercises’ also explore this moment in terms of public themes such as consumer and celebrity culture. Cyan Dee’s ‘Michael’ is a meditation on the emotional investment made by the fan towards the projection of ‘one’s yearning and desire,’ while ‘Sea’ by Duncan Wooldridge conflates the Japanese graphic for water with the wifi symbol to explore the materiality of the seemingly immaterial infrastructures of mass communication. With her strident poster, Megan Day-Haynes champions the sense of formlessness many now experience as a type of utopia. 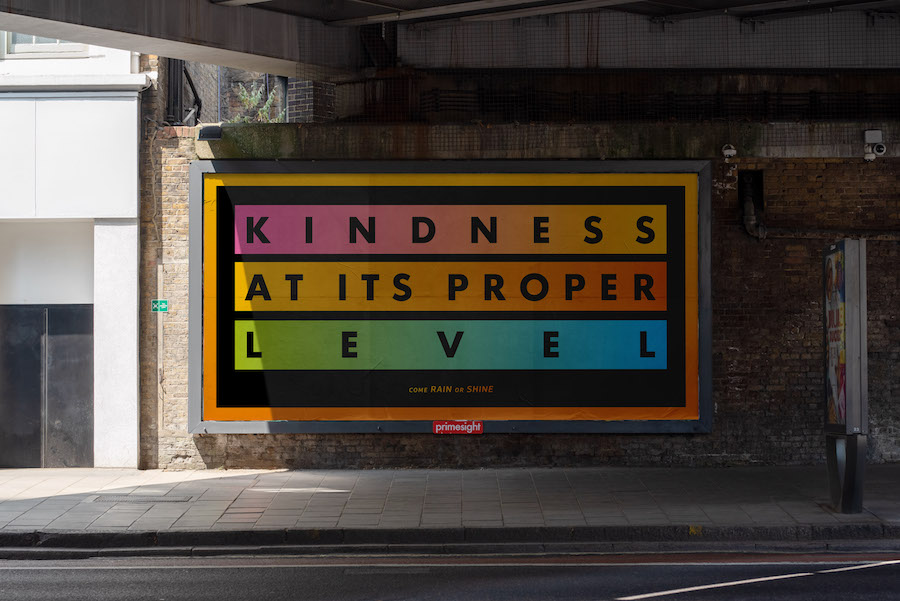 The majority of artists here, however, view lockdown as a moment for noticing what might not otherwise be noticed; the overlooked magic of activities often deemed ordinary and therefore dismissed. In her video work ‘The Hall,’ Melanie Manchot observes three different groups of people by means of fragmented close-ups and extended portraits of individuals in super slow-motion. This concentration on gestures reveals the connections between temporary groups and communities as they bring a private intimacy and pleasure to a shared public space. Mike Nelson’s photograph of a pillar drill used by his father comes laden with memories and associations and results from this extended period of time at home and in the studio that gave the chance to attend to it in a way that had not previously been possible. Dunhill and O’Brien have done the same in relation to mass-produced souvenirs – Hirohito, Mr Peanut and Padre Pio – found on their travels but only re-emerging into their awareness in this moment of time. 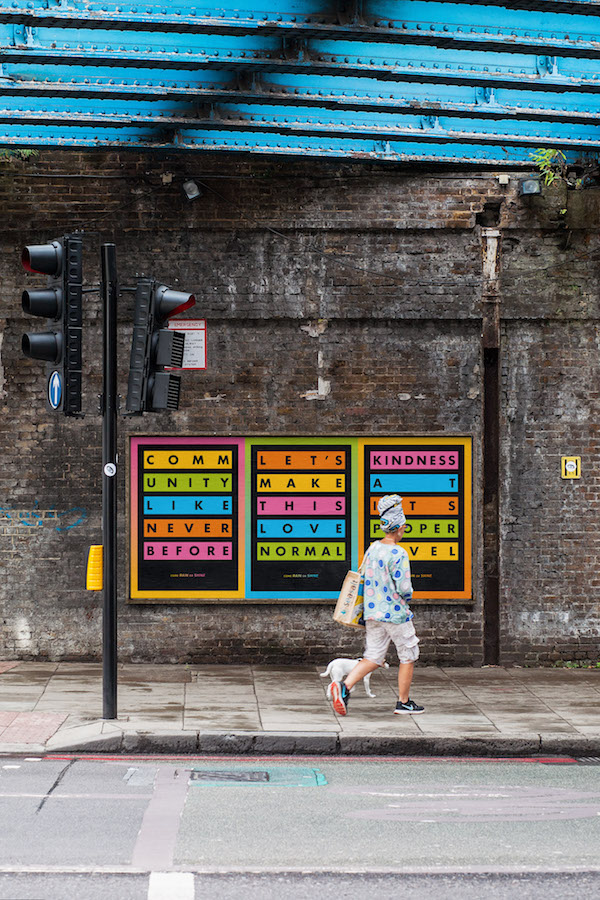 Wendy Anderson brings the twin themes of this exhibition of past memories and present awareness together with great clarity. Her monochrome drawing in Indian ink includes text, destinations and numbers from travels, which are ghosts from the past and memories, being juxtaposed with forms that refer to the windows she looks at every day. Similarly in ‘Whilst,’ Rosa de Sausmarez Parry combines sensory recollections of a life in the wider world with visualisations from this time of self isolation.

The pain of this time has to be acknowledged. ‘A friend lost his dad to the virus, people can’t be with their loved ones, the pressure on the NHS is profound,’ notes Purnell: ‘But to ease the pain a lone fiddler braves an audience with music on his driveway. On my own street a wedding singer and a brass trio performed ‘Somewhere Over the Rainbow’, and elsewhere kids paint hug pebbles for people to take.’

He believes that the pandemic has exposed the extent to which we can’t maintain current lifestyles; ‘if everything stops for just a few weeks, the effects are beyond comprehension.’ ‘Advertising greases the wheels of capitalism,’ he argues, ‘and the World Economic Forum has found, on a massive scale, that as ad spend rises, life satisfaction drops.’ The pandemic, by contrast, exposes ‘to some the need for family, to others the gift of community.’

In this moment he sees an ‘opportunity to innovate and offer products and services that act in genuinely helpful ways.’ Purnell, Jack Arts, and Dean are among those innovating in this time. Their billboards and exhibition call us to extend this moment into the future.