Photo London opens their third edition to the public this week. The fair was created to give London an international photography event befitting the city’s status as a global cultural capital. Founded in 2015, it has already established itself as a world-class photography Fair and as a catalyst for London’s dynamic photography community. From the capital’s major museums to its auction houses, galleries large and small, right into the burgeoning creative community in the East End and South London, Photo London harnesses the city’s outstanding creative talent and brings the world’s leading photographers, curators, exhibitors and dealers together with the public to celebrate photography, the medium of our time.

The Public Programme for the fair’s third edition, which will take place 18 – 21 May 2017 (Preview 17 May) at Somerset House include:

Photo London selected Taryn Simon as its Master of Photography for 2017 in recognition of her groundbreaking work. Meticulously mining, questioning and upsetting the certainty that the photographic image and the archive assert, Taryn Simon, turns our attention to the margins of systems of power, where control, its disruption, and the contours of their constructiveness become visible. At Photo London, Taryn Simon will present Image Atlas, a work created in collaboration with programmer Aaron Swartz, which investigates cultural differences and similarities by indexing top image results for given search terms across local engines throughout the world. Photo London will also highlight Simon’s unique commitment to bookmaking as part of her artistic practice, with a display of Simon’s books — spanning from The Innocents, 2002, through to Paperwork and the Will of Capital, 2016.

To mark the 70th anniversary of Magnum Photos, Martin Parr and his fellow photographer David Hurn have curated a selection of works from the collection that Hurn has compiled over six decades through a series of swaps with fellow photographers. Key images from Hurn’s distinguished career are juxtaposed with prints from the photographers with whom he has swapped works including Bill Brandt, Bruce Davidson, Sergio Larrain and Diana Markosian.

The Directors of Photo London have followed up last year’s Pavilion commission from Wolfgang Tillmans by inviting the legendary photographer and filmmaker William Klein to develop a new 18-metre mural for the space, presented in association with HackelBury Fine Art. 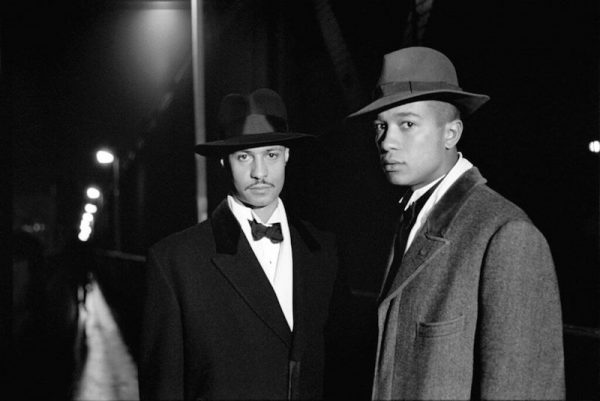 Isaac Julien is an internationally acclaimed artist and filmmaker. One of the objectives of his practice is to break down the barriers that exist between different artistic disciplines, drawing from and commenting on film, dance, photography, music, theatre, painting and sculpture, and uniting them to construct a powerfully visual narrative. The exhibition he has made for Photo London presents a body of work that revisits his seminal film Looking for Langston (1989), which is regarded as a cinematic landmark in the exploration of desire and the reciprocity of the gaze.

Juergen Teller will present a special exhibition for Photo London in the Great Arch Hall of Somerset House. Teller has always been adept at navigating the art world and commercial photography, shooting high profile fashion campaigns for brands such as Celine, Louis Vuitton, Marc Jacobs, and Vivienne Westwood. He has published forty-one artist books and exhibition catalogues since 1996, which blur the boundaries between his commissioned and personal work. He currently holds a Professorship of Photography at the Akademie der Bildenden Künste Nürnberg.

dslcollection will present a multi-dimensional exhibition. Alongside the collection’s own virtual reality museum, there will be a seminal video work from the collection created by Chen Chieh Jen, one of the most influential figures in the development of Taiwanese conceptual art. Chieh Jen’s video work takes its inspiration from Georges Bataille’s famous 1905 photograph of a lingchi execution. As a counterpart to the historical references in Chen’s video, dslcollection presents the first virtual reality platform for a private art collection. As a pioneer in the use of technology in the art world, dslcollection’s latest project allows the public to experience the collection via virtual reality with participants able to navigate themselves around the virtual museum and interact with the artworks directly.

‘The aim of our Public Programme is to educate, inform and surprise. Each year the Programme gets stronger and we are delighted, this year, to be able to present a stellar group of artists each of whom contributes in own their own special way to the Fair’s focus on the past, present and future of photography. We are also thrilled to be able to announce The Crucible Project, which thanks to the generosity of our long-term partners the LUMA Foundation and several other bodies will enable us to significantly extend the Public Programme.’

Commenting on LUMA’s support for The Crucible Project Maja Hoffmann said, ‘The LUMA Foundation is pleased to partially support The Crucible Project in line with its mission to encourage, enable and initiate artistic production. It not only activates Photo London’s current Public Programme, but extends its reach across London in an all year round research-based activity. We wish this programme great success.’

The Crucible Project will be a virtual space for the exploration of photography that will take place throughout the year at a series of venues across the City. The project will be the artistic and curatorial heart of the Photo London Public Programme. As well as photography and the photobook, the programme will embrace a range of other art forms including video, painting, music and an installation series. It will also facilitate the development of a twelve-month programme of talks, lectures, portfolio reviews and workshops as well as mentorship, publishing and residency awards.