Richard Stone is one of the most talented emerging artists working in the UK today. His latest show, ‘everywhen’ at the Kristin Hjellegjerde Gallery combines classical materials and ideas in contemporary form as personal and cultural reference points crash and collide. Sculptures stand throughout the gallery like sentinels, caught up in the eye of an imagined storm, with a mind to breaking out. Together with the accompanying paintings, a life force, the force of history, a land in flux is explored whilst the exhibition itself evokes sensations of stillness and movement, surrender and resistance.

Featuring works in Statuario and Carrara marble, Stone describes the rationale for his choice of material as “wanting to combine an elegance and strength that only Italian Marble can, it produces work that is beautiful and demands attention”. Stone worked with Italian artisans, and suggests that “combining modern thinking with a traditional, artisan ethic, results in works that are impressive in their bold forms, yet are so refined they almost glow with vitality”.

This new body of work reflects both a political awareness of its time and an aesthetic that is unique. Utilising premium Italian marble and craftsmanship alongside contemporary colour, Richard’s work reflects the state of the current world order and a desire for transcendence. 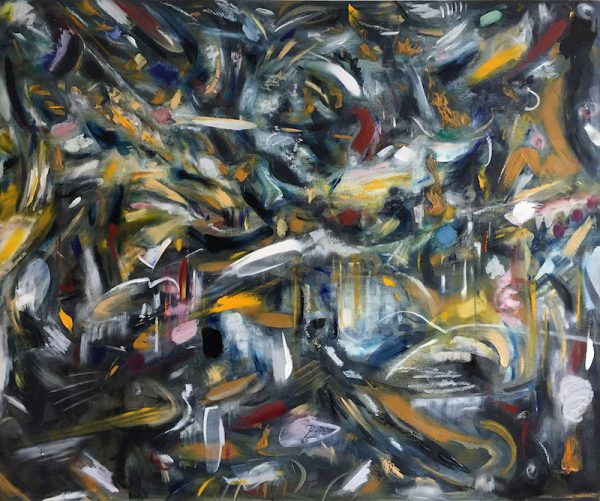 As he says: ‘Attempting to stand still in the chaos and maelstrom of political discord, I have been exploring this position, looking to beauty in art as a consolation in increasingly uncertain times. From my own modern British art history to Europe and it’s modern twentieth-century art history, it has represented a significant shift in my practice where I have embraced my pan-European identity and desire for a new, bold, beautiful future that resets energies that have become distorted.’

Recently appointed a Fellow and Trustee of the Royal British Society of Sculptors and represented by Kristin Hjellegjerde Gallery, London, Stone is Increasingly recognised by art and cultural leaders, mentored in Italy by Helaine Blumenfeld OBE and selected for awards and prizes including by Godfrey Worsdale, Jenni Lomax, and Sonia Boyce.

He is included in the museum exhibition Nature Morte following the book of the same name by Michael Petry, published by Thames & Hudson, Hirmer and Ludion (2013). The exhibition returns to the Guildhall, London, (September 2017 – April 2018) having already toured to The Four Domes Pavillions | National Museum of Wrocław, (2017), Konsthallen-Bohusläns, Sweden, (2016) and Ha gamle prestegard, Norway (2015).

Stone’s works are sought and collected in the UK, Europe, and the US with recent acquisitions in Germany and Switzerland. He has been awarded numerous awards and prizes including from Arts Council England (2012) as well a Scholarship at Fonderia Mariana, Italy. Stone works in Italy and London and has an MA from Central St Martins.

“In these new sculptures I have sought to bring a vitalness to making, a complexity of being, of experience, made present in every fold and form. A new found freedom in clay as modelling material and marble and casting as finished sculptures has emerged much more clearly. – RS

‘This not only reflects a new confidence in expression but an increasing sense of resistance, a belief in beauty through art to console in increasingly uncertain times. I have looked to the modern masters to their, then concerns, because these are as real, as present as they ever were.” – RS