The art of Sean Scully is widely acknowledged as among the most influential proponents of abstraction during the last half-century — particular attention has often been paid to the square’s aesthetic potential and imaginative significance. Since the earliest stages of Scully’s work, and across a wide array of paintings, drawings and sculptures, squares have appeared both as stable, balanced structures and spaces of open-ended possibility.

Spanning over 50 years of production, this exhibition brings together oil paintings, watercolours, drawings, sculpture, writings and prints from 1968 to now, focusing on the role of the square in Scully’s singular career. This incredible selection of work ranges between the artist’s 1970s measured grid paintings, created with tape and paint, to the instantly recognisable, emotion-rich geometry of his ‘Wall of Light’ paintings and the recent ‘Dark Window’ series, made during lockdown and unveiled in the New York Times in April 2020. 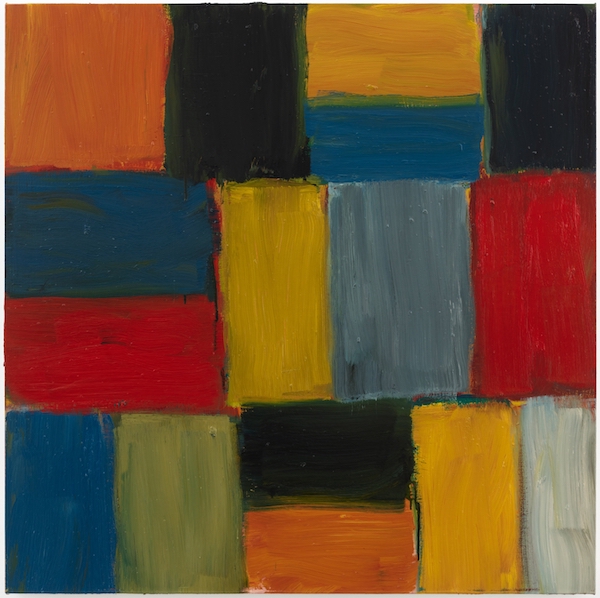 SQUARE also includes a new series of prints of drawings made with the artist’s finger on an iPhone screen. Shown for the first time, these playful and expressive drawings are teeming with life and energy, expressing the haptic and creative potential of the screen. A celebration of tactility in an age of immateriality, they carve out a space for drawing and mark-making in the generation of the iPhone while reconsidering the legacy of minimalism and abstraction in the 21st Century.

A fully-illustrated catalogue with a text by Sean Rainbird, Director of the National Gallery of Ireland, will be published on the occasion of the exhibition.

Sean Scully was born in Dublin and raised in London. He now lives between New York and Germany. A world-renowned abstract painter, Sean Scully is one of the leading artists of his generation. He is best known for his impactful and internationally recognisable paintings balancing dynamic bands of colour in rhythmic formulations, capturing tonality, light and mood with great drama and delicacy. His global but deeply personal perspective has seen him absorb the core elements of the visual world – from the sky and sea to the ascetic modesty of stone architectural structures – as well as the full spectrum of human pathos, from grief and pain to fatherhood. Scully’s art is highly physical, often monumental in scale and populated by vigorous, robust shape and form. Yet, it is also an art of great honesty, intimacy, and even vulnerability. An abstractionist but not a formalist, Scully deploys the power of colour, depth, and volume to give expression to the world around him and provide access to the spiritual domain. In recent years, the artist’s explorations of space and volume have continued into large-scale sculptural works – monumental and megalithic-feeling stone blocks that weigh down on the land and airy structures in Corten steel that open up and interact with the landscape. Across these diverse approaches to making art, Scully utilises a consciously constrained system to open up an energetic multiplicity of aesthetic possibility and emotional range.