The Irish/American artist Sean Scully unveils Human: an exhibition of recent works both new and unseen pieces at the Basilica of San Giorgio Maggiore, Venice, as an official collateral event during the 58th Venice Biennale. The Benedictine monks resident at San Giorgio promotes the dialogue between the church and contemporary artists, within the cultural activities of their non-profit programme, the Benedicti Claustra.

This celebrated abstract artist has created a series of new sculptures, paintings, drawings, and watercolour works directly inspired by the monks’ Abbey of San Giorgio Maggiore, their vast illuminated manuscript collections and the 16th-century Benedictine church. Scully’s instantly- recognisable visual vocabulary of horizontal and vertical stripes, which reflect fifty years of constant refining, will transform every corner of the High Renaissance church, designed four centuries ago by the iconic architect Andrea Palladio. 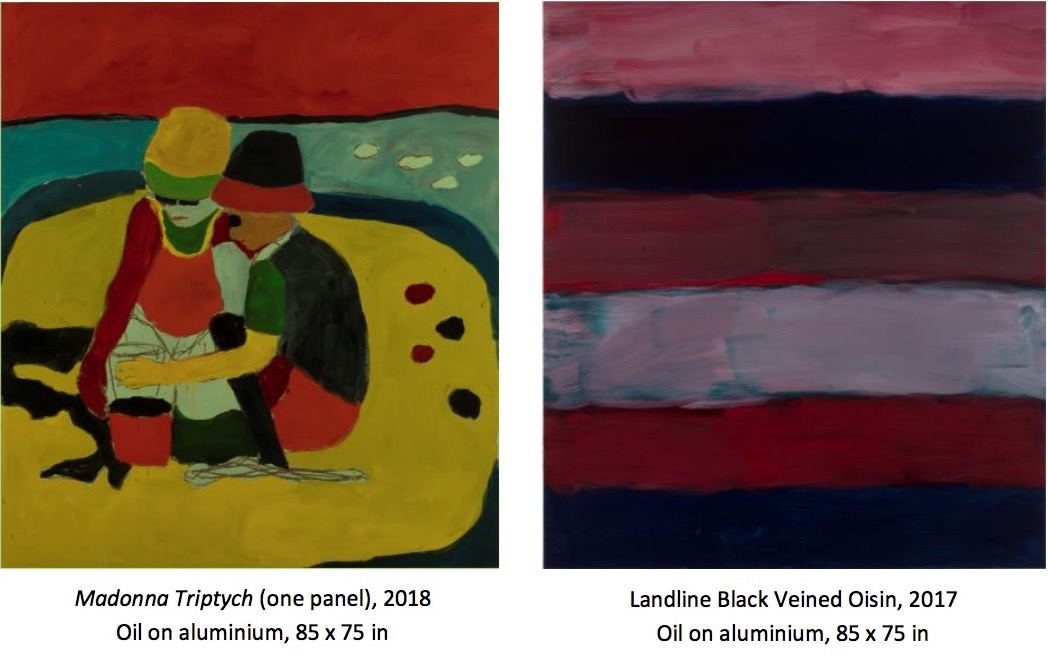 The soaring new sculpture, Opulent Ascension, is situated directly beneath the church’s central dome. Constructed from stacked frames, each wrapped in vibrant and varying colours of felt, the sculpture rises ten metres into the air like an elaborate Jacob’s ladder, leading the eye and spirit heavenwards through the Basilica’s dome. The tallest work ever created by the artist, Opulent.

Ascension embodies Scully’s conviction that his work can serve as a conduit between the physical world we can see and a transcendent one to which the soul aspires. “I want to make available the journey from the spiritual to the physical,” wrote Scully in 2009, “and from the physical to the spiritual.”

Scully’s response to this place of worship and contemplation includes a series of watercolour drawings displayed in the sacristy of San Giorgio inspired and informed by the extensive collection of illuminated medieval manuscripts housed at the Basilica, which Scully spent time studying and exploring. They feature the artist’s own writing, illustrated with comprehensive drawing and paintings.

In the large choir behind the altar, a vellum tome of watercolour drawings on hand-made paper, compiled by the artist for the exhibition, will be on display. The extraordinary book – a luminous testament to the artist’s devotion to the project – echoes the charm and power of illuminated manuscripts from a bygone era.

Throughout the abbey’s gardens and its adjoining buildings, visitors will discover an exciting array of works which resonate with the artist’s unique and inspiring vision: from painted triptychs and ‘soulscapes’ to a room devoted to the soft syllables of Scully’s exquisite pastels on paper.
Eight paintings from Scully’s acclaimed recent series Landline will adorn the church’s long and narrow passageway Manica Lunga, taking visitors on an excursion deep within themselves. Particularly eye-catching within the context of numerous abstract works will be the three ground-breaking portraits from a new series entitled Madonna. This triptych is representative of a new recent impulse by Scully to return to figuration after having abandoned it five decades ago and is indicative of what a landmark and transformative show this is. 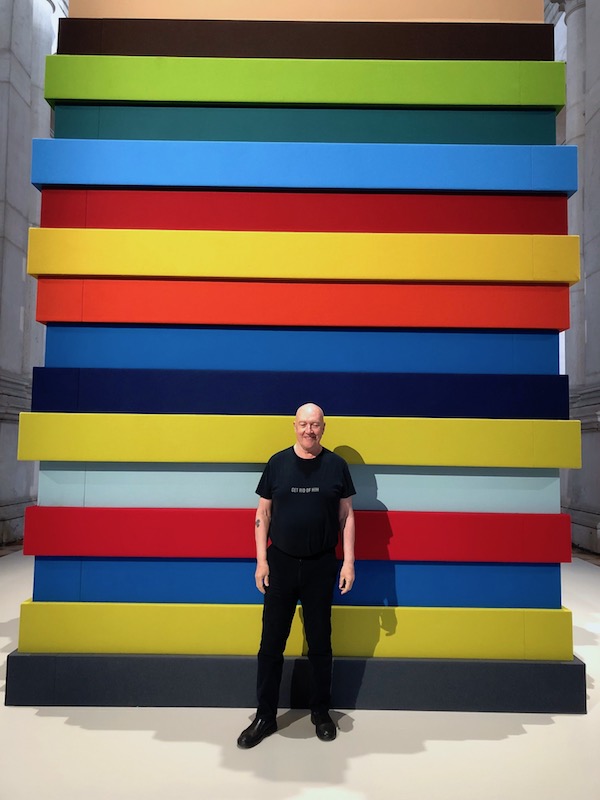 Before exiting, visitors will encounter the radiant and vibrant triptych Arles-Abend-Vincent 2, whose panels pulse with twilight blues, Byzantine golds, deep reds, and lustrous blacks. On one level, the work’s title and bold palette allude to the searching soul of Vincent Van Gogh, whom Scully acknowledges as an essential inspiration. On another level, the emulation of spiritual architecture of the triptych and its display within San Giorgio is transformative in its power. It is difficult not to see the painting – both singular and triplicate in its making – as echoing the mysterious calculus of the Holy Trinity.

Human coincides with several significant exhibitions of the artist’s work across the world in 2019, including landmark shows in the Albertina Museum in Vienna, the Wadsworth Atheneum in Connecticut, USA, the National Gallery in London, and the LWL Museum in Münster.
The exhibition is curated by Javier Molins. A fully illustrated catalogue will accompany the show.

Sean Scully was born in Dublin in 1945 and was brought up in London and immigrated to the United States in 1975. He currently lives and works in New York, and outside Munich. He studied painting at the Croydon College
of Art (London) and Newcastle University (England), received a Graduate Fellowship at Harvard University in 1973, a Guggenheim Fellowship in 1983, and Honorary Degrees, Doctorate of Fine Arts from The Massachusetts College of Art (Boston) and the National University of Ireland (Dublin). He has been the Turner Prize nominee at Tate London twice, in 1989 and 1993.

The San Giorgio monastic community was founded in AD 982 when the Doge Tribuno Memmo gave the island to the Benedictine monk Giovanni Morosini so that a monastery dedicated to Saint George could be built there. In 1565 the Benedictine monks asked the famous architect Andrea Palladio to produce the model for a new church. Though the project was still incomplete when Palladio died in 1580, the body of the church was finished in 1575, and the final works were concluded thirty years after Palladio’s death, in 1610. The interior of the church is adorned with splendid sculptures and imposing works of art by some of the best-known artists of the time: Jacopo and Leandro da Bassano, Sebastiano Ricci, Jacopo and Domenico Tintoretto, Girolamo Campagna. The church of San Giorgio became a basilica following pressure from the patriarch of Venice, Giuseppe Sarto (later Pope Pius X), to celebrate the hundredth anniversary of the election of Pope Pius VII.