Works by one of the world’s leading abstract artists, Sean Scully will go on show at Luis Barragán’s iconic modernist landmark, Cuadra San Cristóbal in Mexico City from 7 February – 24 March 2018.

Curated by Oscar Humphries, Sean Scully – San Cristobal is the first exhibition to be presented at Cuadra San Cristóbal and it is first time the artist’s sculptures will be shown in Latin America.

The dramatic geometries and strong colours that form part of the architecture are a fitting backdrop to Sean Scully’s powerful and emotive works. Built in 1966 as an equestrian and residential complex, the design of Cuadra San Cristóbal represents the apex of Barragán’s ‘high period’. 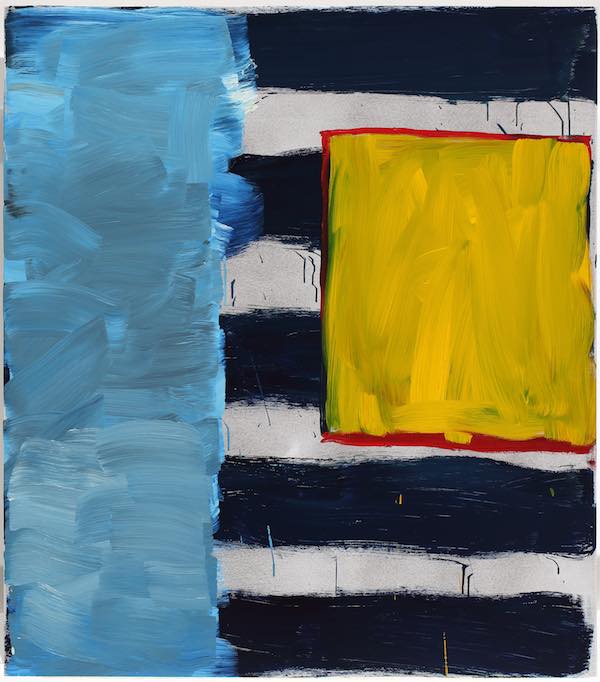 In the interior spaces, including the horse stalls, paintings on aluminium and copper will be shown. Each stall will present a different aspect of Scully’s work, in a sequence made all the more powerful by the repetition of the architecture. The artist’s recent sculptures, in both Cor-Ten and painted steel, including the monumental Boxes of Air,will be installed in the grounds.

Seeing Scully’s work in such a setting will reveal the historic – both ancient and modern – and indeed architectural origins of his practice, by creating a juxtaposition that is both contrary and sympathetic. Produced in consultation with the Egerstrom family – the owners and occupiers of Cuadra San Cristóbal for whom the property was built – this sensitive intervention will shed new light on this well-known landmark and provide a different perspective on the work of one of our leading contemporary artists.

Sean Scully first visited Mexico in 1981 and on various trips throughout the subsequent decade, created works there. A 1984 watercolour was the first Scully work to use the title Wall of Light – something he revisited when he began the seminal series of that name. In the 2000’s Scully returned to Mexico with a series of photographs taken there which he included in his book The Color of Time. This exhibition is a celebration of the artist’s long relationship with Mexico, a country with which he has a strong relationship – literal, aesthetic and spiritual.

Sean Scully was born in Dublin in 1945 and was brought up in London and immigrated to the States in 1975. He currently lives and works in New York and also has a studio outside Munich. He studied painting at the Croydon College of Art (London) and Newcastle University (England), received a graduate Fellowship at Harvard University in 1973, a Guggenheim Fellowship in 1983, and Honorary Degrees, Doctorate of Fine Arts from The Massachusetts College of Art (Boston) and the National University of Ireland (Dublin). He has been the Turner Prize nominee at Tate London twice, in 1989 and 1993.

A book Sean Scully | Mexico will be published to mark the exhibition.