Hosted by the office of Her Royal Highness, the Wife of the King of Bahrain, as part of Bahrain’s leading art initiative “Art Bahrain Across Borders,” Bahrain Art Week is welcomed at the Grand Palais in Paris, 13-15 September.

The event has selected seventeen contemporary artists including:

Curators; Corinne Timsit, co-founder of Corinne Timsit Art Advisory (CT2A) and Kaneka Subberwal, founder of Art Bahrain Across Borders (ArtBAB) in partnership with Art Premium magazine, will present the first edition of Bahrain Art Week in Paris under the theme “The Legacy and Contemporary Memory.” Art Bahrain across Borders (ArtBAB) is a journey to discovery of the most promising established and emerging Bahraini artists and is to be held under the patronage of Her Royal Highness Princess Sabeekha bint Ebrahim Al Khalifa, Wife of the King of Bahrain and President of the Supreme Council for Women. 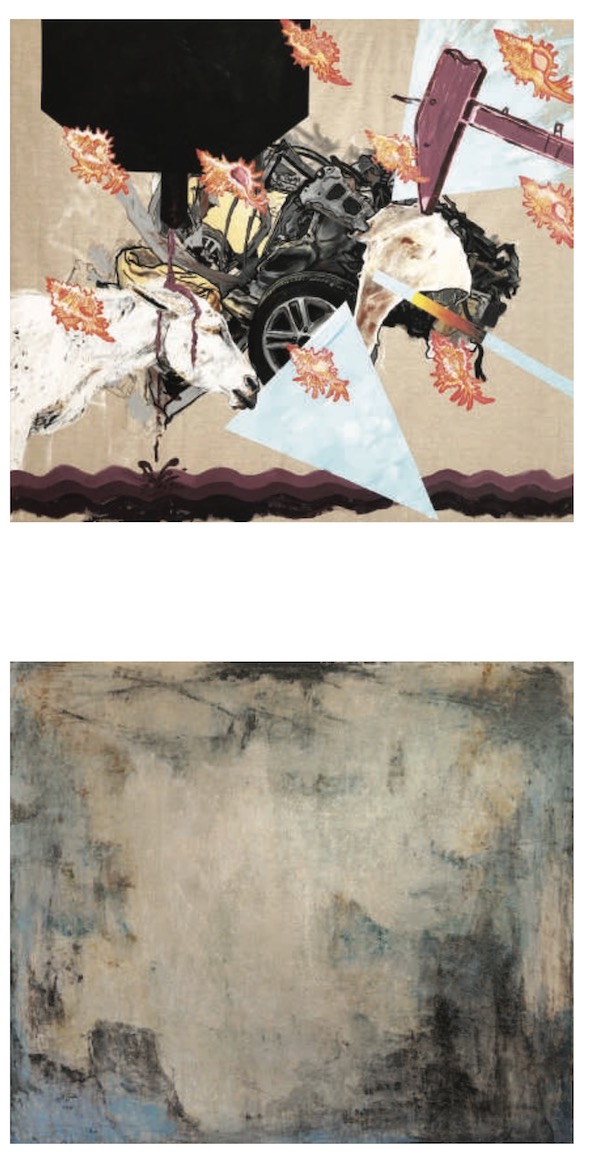 Due to the success of previous art weeks in London and Moscow, Kaneka Subberwal approached Corinne Timsit to produce an equally favourable outcome in Paris. Timsit has been appointed the chief organiser as well as the mediator with collectors and institutions regarding the success of the overall event, which will be held at the Grand Palais and will run from the 13th to the 15th of September. Bringing together the works of seventeen established and emerging artists from Bahrain, the exhibition aims to re-elect notions of the past and present where this culturally rich country has a deep-rooted influence reacted in the selected artworks, holding heritage in high regard. “Characterized by bold impressionistic abstracts, this collection speaks of how the Bahraini artists visualise their 5,000-year-old heritage of art and culture and transform it into a 21st-century narrative through their contemporary practices. Bahraini artists are exploring their cultural identity with confidence and skill and have been increasingly welcomed in art capitals around the world where ArtBAB presents their special vision”, according to Subberwall. Additionally, one artwork from each artist will be selected to take part in a public exhibition at Galerie Rabouan Moussion in Paris’ Le Marais neighbourhood, the leading arts and culture hub of the city, from the 17th until the 22nd of September. Corinne Timsit states, “The art scene in Bahrain is at a crossroads of contemporary expression, taking in global points of view and expression while remaining true to their heritage. It is with great honour to showcase this emerging talent on an international platform.”

The bar has been set high with the expertise of Corinne Timsit, Kaneka Subberwal, And scenographer Sylvie Jodar, where a well-structured event at the Grand Palais will undoubtedly be produced reacting the future art weeks to be held in Paris. The venue in itself is historically and culturally significant, providing a fitting backdrop to underscore the waves that contemporary Bahraini art is currently making in the international artistic community. According to Subberwal, “Bahrain has a high rate of literacy and knowledge with vested discerning power in the creation, development, and assessment of art.” ArtPremium magazine will be producing a special issue dedicated to Bahrain, and to Bahrain Art Week in Paris. This edition will be distributed nationally and internationally through ArtPremium Magazine’s distribution network and the Art Basel Miami 2018 contemporary art fair in December 2018.

Since its creation in 2016, Art Bahrain Across Borders aims to promote contemporary Bahraini art to an international community of collectors keen on discovering new talent and diversifying their portfolios. The British, Russian and Indian editions have had sign cant success, particularly that of London, where a selection of fifteen Bahraini artists were shown on a world stage at the Victoria & Albert Museum in 2016 and at Saatchi Gallery in 2017. An alternative selection of artworks will continue to London after its the first edition in Paris to mark the second stage in the series of cultural events within Europe and the United Kingdom.

Kaneka Subberwal, the contemporary Bahraini art guru, holds many titles as an art consultant, collector, and curator. With her finger always on the pulse, she is always on the lookout for new and upcoming contemporary art trends. Subberwal launched Art Select in Bahrain in 2008, with the goal of making Bahrain the focal point of art in the West Asian region, and has succeeded in doing so on many levels with one of her principal achievements being that of art fair ArtBAB (Art Bahrain Across Borders). She has subsequently expanded the audience of Bahraini art, as well as its commercial value with an increase of 195% in only three years since its launch in 2015. Having organised over sixty art exhibitions worldwide in Dubai, London, Oman, and Doha, she has increased the interest and appreciation of Bahraini art to many new buyers and collectors. With multiple talents across many fields, Subberwal continues to develop and execute new strategies to bring contemporary Bahraini art to the forefront of the international art scene.

Art Bahrain Across Borders – ArtBAB is Bahrain’s foremost international art fair and artist development program held Under the patronage of Her Royal Highness Princess Sabeeka bint Ibrahim Al Khalifa, Wife of the King of Bahrain and President of the Supreme Council for Women. Art BAB is overseen by the Of ce of Her Royal Highness the Wife of the King of Bahrain in collaboration with Tamkeen, the agency in charge of change management and human resource development.