A new solo exhibition at The Art Stable in  Child Okeford will feature the work of Tobit Roche. This will be the artist’s fifth show at the gallery and it will consist entirely of paintings of the sea and sky.

Living part of the time just a few minutes walk from the sea, Tobit has become fascinated by its interaction with the sky. Daily paintings are produced directly observing the beach with larger ones worked on in his studio. The result is a series of images capturing a variety of mood and atmosphere in the ever-changing relationships between these bodies. 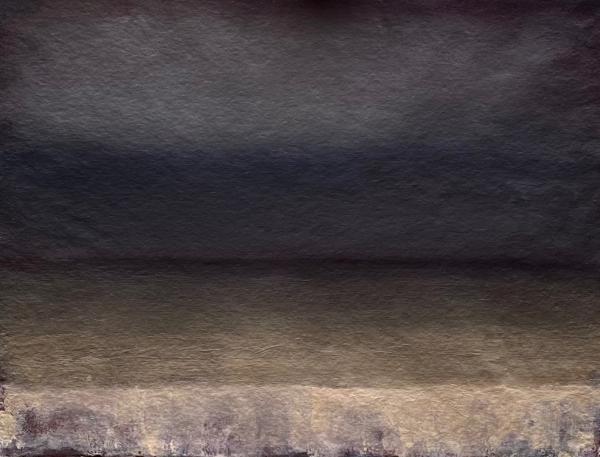 The Sea and Sky meet each other at the horizon yet the horizon is always out of reach: as we move towards it, it continually backs away from us. The Sea and Sky bounce off one another reflecting each other’s light and darkness, and yet sometimes they merge, to become almost one in a sublime fourth dimension, hovering or disappearing on the horizon. Both are endowed with endless ever-changing moods: there can be anger and danger as well as peace and calm and this is tied to our own human emotions and how we look upon the world. – Tobit Roche, August 2021

Tobit Roche was born in Manchester in 1954, Tobit grew up in Hong Kong, Canada and India.  He attended the Ontario College of Art from 1974-6, coming into contact with ‘The Group of Seven’ painters and Camberwell from 1977-80.  Tobit then spent a year working alongside Duncan Grant at Charleston.

The Art Stable was founded in 2006 by Kelly Ross, a short walk across the farm from her house in Child Okeford. Kelly has worked in the fine art market for nearly 30 years, a career that began at the European print dealer William Weston (in Albemarle Street, Mayfair). Following four years with Austin/Desmond Fine Art she co-ran the Gallery at John Jones before opening the Coram Gallery (in Bloomsbury) in 1993. After moving to Dorset in 1999 Kelly ran the Summerleaze Gallery in Wiltshire, before opening The Art Stable in 2006.