Hastings Contemporary is to mount the first major UK retrospective of work by British artist Victor Willing (1928-1988) since his death, charting each decade of his tumultuous life and career from his time at the Slade, his life in Portugal, and back to London and his untimely death from multiple sclerosis.

Many of his paintings illustrate phases of domestic life with his wife and fellow artist, Paula Rego

As part of Hastings Contemporary’s ambitious and expanded programme, the exhibition will feature critical loans from Tate, Casa das Histórias Paula Rego, Pallant House Gallery, Arts Council Collection and private collections, bringing the best of Victor’s works to the South Coast. The exhibition will offer visitors a chance to encounter the work of this groundbreaking artist, whose determined, large-scale paintings illustrate phases of domestic life with his wife and fellow artist, Paula Rego (b.1935) and their Family, as well as darker periods of emotional difficulty. 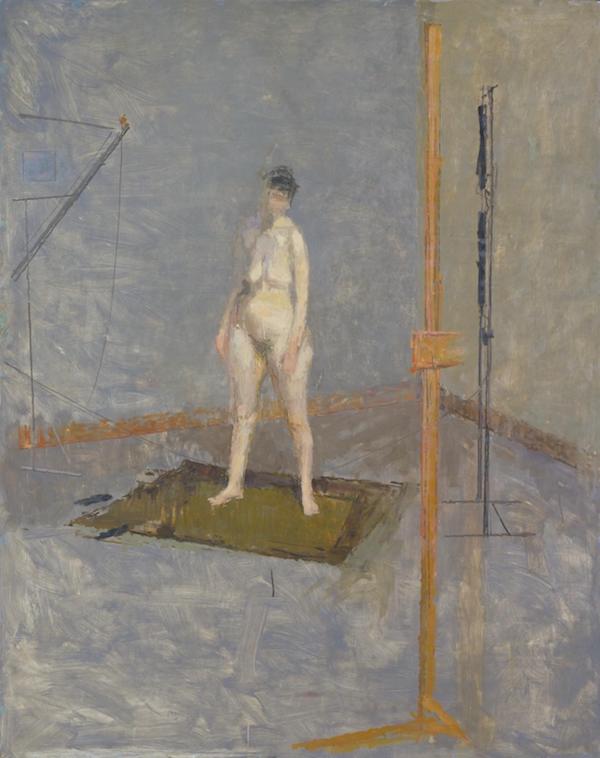 Victor Willing: Visions will bring to life Willing’s varied artistic output from training in the late 1940s and early 1950s, his life in Portugal with his young family through the 1960s, and their return to London in the mid-1970s through to late 1980s. The exhibition will premiere a new short film of Victor Willing’s life and career by his son and celebrated filmmaker, Nick Willing following on from his BBC Two documentary ‘Paula Rego: Secrets and Stories’ alongside unseen material from the family archives.

Liz Gilmore, Director, Hastings Contemporary comments: “This hugely important exhibition, commanding almost the entire gallery space, puts Victor Willing back into the public spotlight. Willing is an artist who has and continues to inspire generations of artists. This groundbreaking show draws work from collections across Europe and reflects the new ambitious programming of Hastings Contemporary.”

Marked out as a star pupil at the Slade School of Fine Art, the school had a profound influence on his professional and personal life – it was here that Willing met Paula Rego and worked alongside the celebrated Slade Director, William Coldstream (1908-1987) and his fellow students and friends Euan Uglow (1932-2000), Michael Andrews (1928-1995), Craigie Aitchison (1926-2009) and Peter Snow (1927-2008). Victor Willing: Visions will explore the relationships between Willing and his contemporaries, with critical loans of works by Elisabeth Frink (1930-1993), Paula Rego and Michael Andrews, including Michael Andrew’s The Deer Park, 1962, from Tate, and Paula Rego’s intimate portrait of Victor Willing Vic – Study for the Family, 1988.

During his time at the Slade, Willing came to know artist Francis Bacon and the renowned art critic David Sylvester who described him as ‘a sort of spokesman for his generation’. While still a student Willing’s work was included in two exhibitions at the Institute of Contemporary Art, and he had his first solo show at the prestigious Hanover Gallery just one year after graduating. Victor Willing: Visions will include key works from 1952 – 1957, representing paintings from the time Willing left the Slade until his move to Ericeira, Portugal, including Standing Nude, c.1952-3 from Tate, Standing Nude, 1955 and Winter Machine, 1956 from the Arts Council Collection.

In 1957, he moved to Ericeira, Portugal to be with Paula Rego and their Family where they remained until the Carnation Revolution in 1974. During these years, as their Family grew, Willing’s work underwent a profound change and the exhibition will feature key works produced in this period between 1957 and 1974. The exhibition will feature a powerful series of nudes from this era of his wife and muse, including Blue Nude (Diptych), 1958.

Following the political revolution and economic crisis in Portugal in 1974, the Willing Family returned to London, and he created work with a renewed urgency until his untimely death in 1988. The exhibition will feature works from Willing’s residency at Kettle’s Yard, Cambridge and the Whitechapel Gallery exhibition in 1987 curated by Sir Nicholas Serota. Writing about Willing’s work, Sir Nicholas Serota has stated: ‘In a bright generation Victor Willing burned brighter than most, and his paintings continue to demonstrate that this was no shooting star but rather a fiery comet which would eventually guide us all’.

A new catalogue featuring essays by John McEwan and texts by Victor Willing will be published by Hastings Contemporary to accompany the exhibition.

Victor Arthur James Willing (15 January 1928 – 1 June 1988) was a British painter, noted for his original nude studies. He was a friend and colleague of many notable artists, including Elisabeth Frink, Michael Andrews and Francis Bacon. For his talent and enthusiasm, Willing was dubbed the ‘spokesman for his generation’. He was married to Portuguese feminist artist Paula Rego.