When I first heard that the National Portrait Gallery here in London was planning to do an exhibition about Michael Jackson, the very famous but ultimately doomed African American pop star, I thought “Why in God’s name would they do that? How can Wacko Jacko’s name, career and image be linked to what I suppose the NPG’s mission to be?” The only reason I could think of was that the gallery – notoriously – is suffering from declining attendances, and was correspondingly desperate for something, anything, that would bring in the crowds.

If anything is certain, this show, now it has arrived, is sure to do that. I’ve never attended a more jostling press view. Certainly not one with so many camera crews. If the subject of the show rose from the dead, he might well be impressed by the publicity it is already beginning to generate.

The fact is, however, that it is a much better show than I anticipated, which raises major questions about the nature of contemporary celebrity. It is also extremely instructive about how certain kinds of imagery operate in our society, and, in particular about the fact that modern image-making can’t be compartmentalised in the way that is still usually customary in official, standard-museum-type displays. Is it a video? Is it a photograph? Is it a painting? 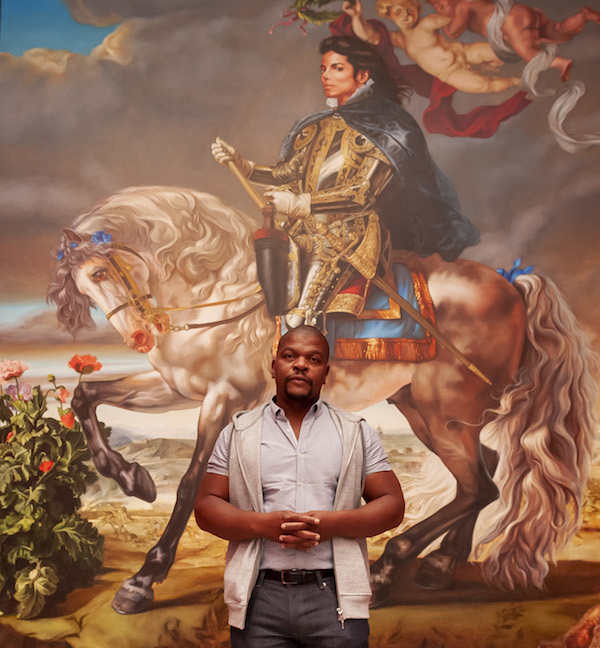 Is it a three-dimensional object? None of these distinctions seems to matter, with the context of the show. There is also the way that the show seems to reach out historically. Pretty much the first thing that confronts you as you go in is a large canvas by the African American artist Kehinde Wiley, recently in the news as the author of the official likeness of departing president Barack Obama, destined to find a place in the Smithsonian Institution.

Here is Wacko Jacko, in full armour, bestriding a mettlesome warhorse, in a composition that is a paraphrase of Rubens’ equestrian portrait of Philip II on Horseback, now in the Prado. Rubens’ work was produced perhaps two decades after the subject’s death. Jackson died in June 2009, after a drug-overdose (not administered by himself), the painting was not completed until the following year. Before that, however, it had been very thoroughly discussed by the artist and his subject. Wiley says now: “Much of our communication had to do with fashion and how much it functions at once as communication and armour, and how his career itself was communication ad armour.” 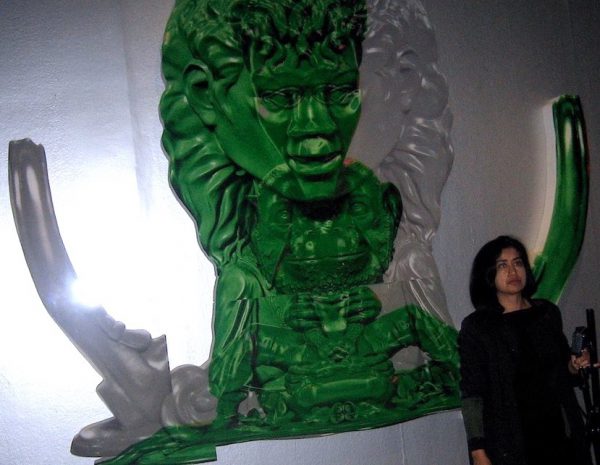 The Rubens painting is full of echoes. As the Prado’s official account of the painting’s recent restoration tells one, the composition “is inspired by the 16th-century concept of chivalry, transmitted via Flemish and Italian engravings of Roman emperors.” And of course Titian hovers in the background as well.

The whole show at the NPG is filled with echoes of this sort, as it examines Michael Jackson’s extraordinary career as an international culture hero. Here’s Jackson in graffiti style by the equally doomed Keith Haring. Here’s Jackson in the arms of Christ by David LaChapelle. Here he is being compared to Baudelaire, in a set of paired photographs by Lorraine O’Grady. And here he is being embraced by his soul-mate, E.T. the extra-terrestrial, in a collage by Mark Flood.

It’s an education in how culture – even what we are pleased to call ‘pop culture’ – resonates in all kinds of unexpected ways. There’s instruction, as well as fun, to be had out of that.