The new American Pastoral exhibition at Gagosian’s Britannia Street space is of museum quality, even if what’s on show doesn’t always seem to relate to the title.

This is a rich and diverse presentation of works by American artists, though what is on display doesn’t always seem to relate directly to the title. It celebrates the variety and diversity of American art, from the mid-19th century until the present. The earliest work is Thomas Cole’s Storm on the Hudson, which dates from c. 1840. Scattered through the show are a number of other landscape paintings dating from the 19th and early 20th centuries. They include John Frederick Kensett’s View of Niagara Falls (1854) and Thomas Moran’s Sunset, Amagansett (1905). There is also Edward Hopper’s watercolour of Gloucester Harbour, which dates from 1926. 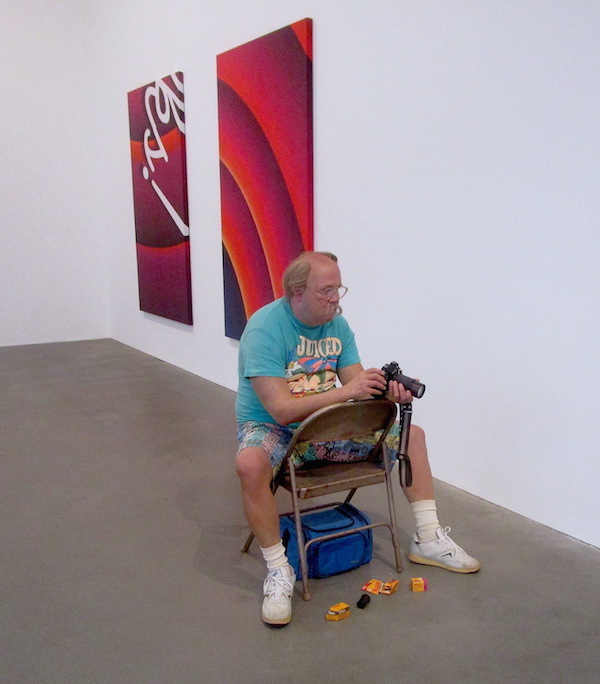 By that time, Modernism had just begun to make an impact on American art. The Modernist spirit manifests itself in Marsden Hartley’s Landscape with a Single Cloud (1922-3), though the urge to celebrate American topography remains present. Though the works I’ve just cited are not those that immediately catch your eye, but as you wander through the large Britannia Street gallery, their presence is welcome for more than one reason. American landscapes from this epoch are comparatively rare in official British galleries, and they do help to establish a specific tone. The spirit they represent also recurs in comparatively recent American art. It manifests itself here, for example, in Richard Artschwager’s Meadows & Mountains (2005) and even in one of two photographs on view – for instance, Gregory Crewdson’s large image of a Pine Forest (2014). However, this has an automobile parked in the middle of it.

From the 20th century, specifically from its closing years, and also from those following the Millennium, come to a wider variety of images. Some are firmly realist, such as the two paintings by John Currin (1990 and 1997), hung on either side of a canvas by Winslow Homer with somewhat similar subject matter, which dates from more than a century earlier. Others are firmly abstract, with not a trace of figuration, such as American Tapestry (2019) by Theaster Gates, made of ‘decommissioned fire hose and wood’, or Piero Colla’s Mariachi Painting#11 (2016, dye sublimation on fabric). These are reminders of the fact that, in the United States as in the rest of the contemporary world, art is still trying to move on.

For me, the two most memorable items in the show are both of them relatively recent, and both three-dimensional. One is Duane Hanson’s life-size sculpture of a Man with Camera (1991-1992). The other is Jeff Koons’ Toy Cannon (2006-2012). Both are startlingly realistic. Hanson’s Cameraman is so life-like, in addition to being life-size, that at first one perceives it as a real person, a visitor like oneself, busy recording the show. Jeff Koons’ Toy Cannon, on the contrary, is many times the size of the tiny plaything from which it derives. It fires a blast of plants in flower from its muzzle.

Both of these artworks seem to me to embody the mixture of fantasy and reality that lies at the heart of contemporary American art – qualities that have given it the worldwide influence that it enjoys today. Almost (though to be honest not quite wholly) absent is the joyless moralism that now characterises so many official museums shows here in Britain. Once again, America rules, OK!