London’s commercial gallery scene is increasingly dominated by big international names – Gagosian, Hauser & Wirth, Pace, etc. What they have to offer is usually of real quality, if sometimes a little too carefully curated to be in accordance with presumed British establishment taste. You get a more accurate feeling for the local art world from a handful of more modest establishments, not all of them in the glittering West End. Two of the most consistent of these in terms of quality are Charlie Smith London, situated above a pub in Shoreditch; and the Pontone Gallery, just a step away from Sloane Square. Both of these galleries have just opened slightly unexpected shows.

From Sloane Sq to Shoreditch, though differently expressed, one finds a lament in elegant images – ELS

Charlie Smith London brings together three artists, in a group show called Archaeologies. Their practice is in each case rooted in photography, but not in familiar forms I can’t put it better than the handout that goes with the show: “Fundamental to their practice is a labour-intensive approach in researching, collecting, documenting and making; and a profound meditation of the passing of time, and its effect on objects and locations.” 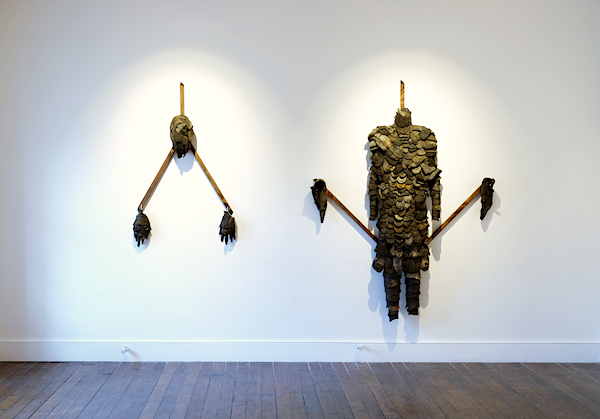 In each case, the process of exploration yields different results. Gina Soden prints images of dilapidated, but once grandiose interiors on to found mirrors. The interiors, ranging from palaces to churches and asylums, are all now in a state of decay. To get the image she wants, the artist has often had to enter the building concerned illicitly. The images often have the air of being something forbidden and are more attractive as a result.

Michael Buffey sees his still life compositions – vases of flowers – as equivalents of the kind of memento mori paintings produced by Dutch still-life painters in the 17th century. Here, however, the warnings about death and the passage of time are latent, not rammed down your throat. The compositions, featuring conventional vases of flowers, are receding from us in time as we look. They have lost their colour. There are small additional signifiers, such as doilies and crucifixes that speak of bygone taste and a bygone mode of existence.

Danny Treacy makes objects and small pictures from found objects – cast-off shoes, discarded clothing from the Thames, even used condoms from gay cruising sites. These all, given context from the locales in which they have been found, offer a portrait of British society at a particular moment. The lesson is all the sharper as the door opens towards Brexit. 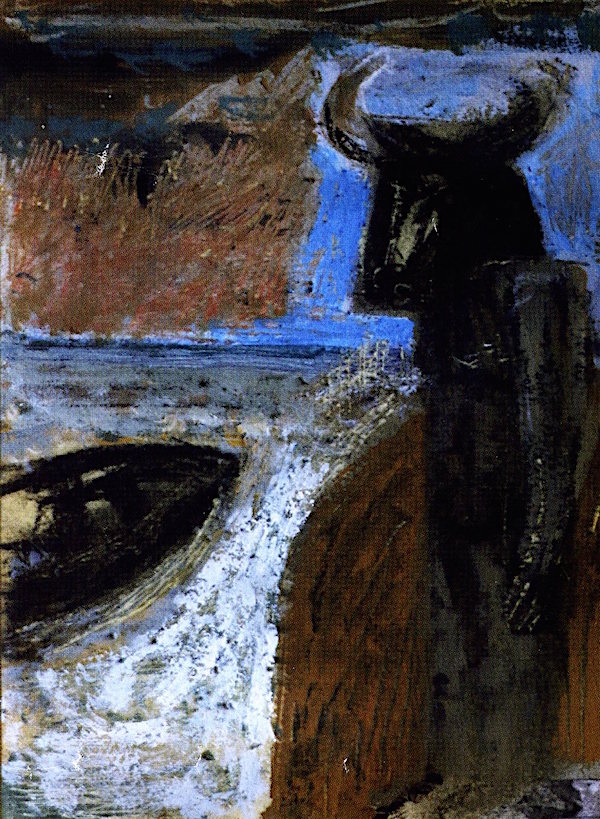 At the Pontone Gallery, there is a show of paintings and drawings by Davina Jackson that is at first glance very different from what is on view at Charlie Smith London. It consists of paintings and drawings illustrating both biblical themes – the Judgement of Solomon for example – or classical Greek myths – the Fall of Icarus. The human forms are rendered in broadly simplified forms, familiar in a general way from the earlier years of Modernism in art. In particular, one catches glimpses of Italian modernists – Marini, Sironi and Carra, who never entirely lost their grip on the classical tradition.

The note, essentially, is one of regret for what is being lost. One sees here a regret for the way in which artistic certainties are dissolving. Many of the pictures and drawings (though not all) are quite small. A mixed media on paper entitled The Minotaur’s Last Day is monumentality in little. It measures just 7.5 by 5.5 inches.Here, as in Shoreditch, though differently expressed, one finds a lament in elegant images for things that are fading away.