There are three keys to the work of Arthur Jafa. The first is Black potention, an awareness that for Jafa derives from the act of cutting and pasting in collage. Since childhood, Jafa has cut pictures out of books and magazines, pasting them into new contexts in his own picture books. He has translated this practice to his work with film, borrowing much of his material from popular culture, news broadcasts and other people’s videos on the Internet. In a 2016 interview with Hans Ulrich Obrist for the Serpentine Gallery, Jafa spoke about there being ‘a kind of ordering or things emerging and demanding to be themselves to the process of collage that suggests ‘a latent potentiality in things.’ He considers that black people’s ‘relationship to potentiality is really incredible’, leading to his coining of the term Black potention.

The second key is Black sociality, as found in content and congregation

Jafa’s work sets alongside one another the great and original creative power of Black American culture and the harsh reality of Black American life. In this way, he demonstrates the disproportion between the cultivation and consumption of black American culture and the social status of black Americans in American society. The history of American slavery, with its continual, unrelenting repercussions, violence and oppression, both concretely and structurally, is always rightly in the background, if not front and centre. ‘The central conundrum of black being (the double bind of our ontological existence),’ he writes in his text My Black Death, ‘lies in the fact that common misery both defines and limits who we are’. As such, ‘our efforts to eliminate those forces which constrain also functions to dissipate much which gives us our specificity, our uniqueness, our flavour by destroying the binds that define we will cease to be, but this is the good death (boa morte) to be embraced.’ This is essentially about going ‘to the core of the logic that underlies white supremacy, patriarchy and homophobia… to create a space, an emancipatory space for everybody.’

Still: Obama sings Amazing Grace at the funeral of Clementa Pinckney, who was a Senator in South Carolina

The third key is Black Visual Intonation, or the rhythmic movements of his films. Jafa has long been preoccupied with a desire to create what he calls a black cinema that ‘replicates the power, beauty and alienation of black Music’—a way, as Thomas J. Lax has written, ‘for images to be felt in the body with the same sensuousness as sonic frequency and verbal intonation.’ Jafa uses ‘irregular, non-tempered camera rates and frame replication’ to create movement within his films, approximating to the vibration of irregular notes within Black vocal intonation.

Combining these three created an approach so new that Jafa himself seems not to have originally appreciated or understood its significance. With Apex and Love Is the Message, the Message Is Death, he initially viewed them as internal documents that he showed to his friends because, as he said of Apex in a 2020 interview for ‘The New Yorker’, he didn’t understand it as film or art. He had to be pursued not to put Love Is the Message, the Message Is Death on YouTube and again for it to be shown at Gavin Brown’s Enterprise in 2016.

It was the showing of Love Is the Message, the Message Is Death in 2016, four days after the election of Donald Trump, that proved to be the catalyst that has now led to the exhibition MAGNUMB at Louisiana Museum of Modern Art, the biggest presentation of Jafa’s art to date.

Jafa’s key filmic works will all be here as well as a new video work and works in other media made specifically for this exhibition. Apex is already in the Louisiana’s collection and is joined for this exhibition by Love Is the Message, akingdoncomethas, and The White Album. AJBDQwave was made specifically for the exhibition and represents a development of Jafa’s visual language, having been made with the help of computer animation. The ocean, liquid and massive, a central theme for descendants of enslaved people, is shown as representing the distance between a lost African origin and present-day life. The sculptures Ex-Slave Gordon and Big Wheel II plus wallpapers I Don’t Care About Your Past, I Just Want Our Love to Last and Pledge of Allegiance also feature. 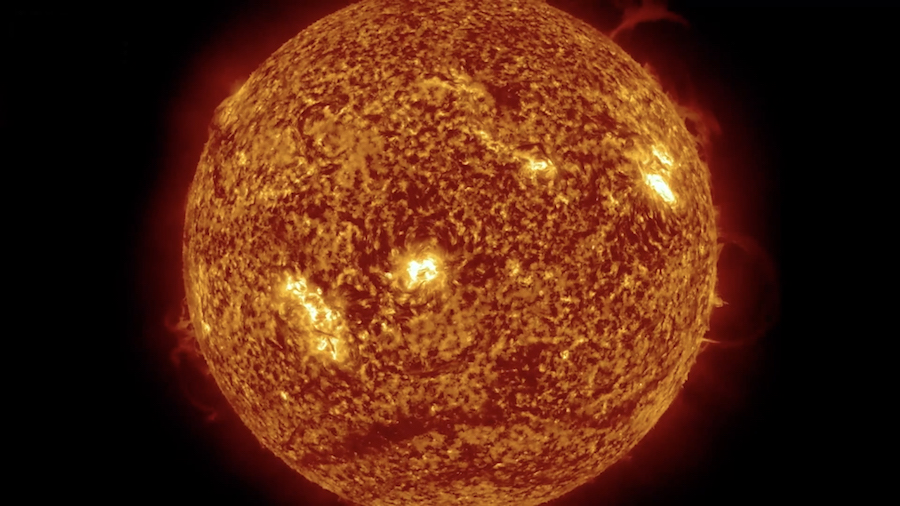 The exhibition showcases Jafa’s lifelong interest in the specificity of Black American culture – what it excels at, such as music, and what it grows out of. Jafa’s concepts of Black Visual Intonation, Black potention and Black sociality draw significantly on the practices of Black Pentecostal churches while also preceding and paralleling exhibitions such as Enunciated Life and Otherwise / Revival, which are inspired by Ashon T. Crawley’s Blackpentecostal Breath. In a conversation with Isis Pickens on spirituality and contemporary black life, Jafa said that, while he had gone to church with his grandmother as a child growing up in Mississippi, he was not religious as an adult but nevertheless believes in black people believing.

Formed from found footage, akingdoncomethas consists largely of footage from Black American churches, featuring sermons and gospel music and portrays those churches as a hearth of Black American culture – of music, critical thinking, the civil rights movement, and community. The film is ‘a paean to black Christian worship ceremonies, tropes, and rituals’ celebrating ‘how the tribally sanctified spaces in which those forms of worship and spirited performances (take) place, are black pocket-universes of intense energy, eloquence, and illumination.’

In Arthur Jafa: MAGNUMB, Jafa presents us with a body of ready-made material which he puts together in films, photographs and installations in ways that create new configurations of meaning possessing ‘the power, beauty, and alienation of black music.’