As the exhibition catalogue notes, the Beardsley show that just opened at Tate Britain is the first comprehensive survey of his work to have found a place there, since an exhibition of his drawings in 1924. That is to say, very nearly a century ago.

Today we are not, so we think, shocked by sexual representations – Edward Lucie-Smith

Yet, as it also points out, and as the exhibition itself illustrates in an additional section, Beardsley continues to exercise, even now a considerable influence over graphic art here in Britain. Further additions demonstrate the fact that Beardsley, in his own lifetime, or very close to it reached out to the influences of art in other cultures, notably Japan and also in Russia. 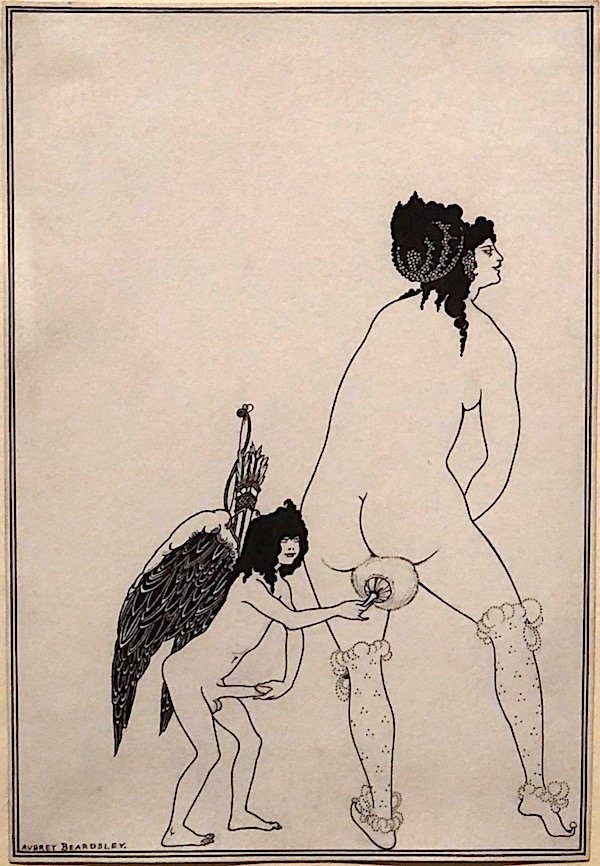 In Japan, the influence was mutual. Japanese ukiyo-e prints, then only recently available to European artists, had a major impact on what Beardsley did as was true of other European artists working at the same period. One can even go so far as to say that these prints were the first non-European art form to exercise a major influence over art in Europe. It is true that, in the 18th century, European artists, and particularly ceramicists, were influenced by imports of Chinese porcelain. But chinoiserie, as it was called, was never taken particularly seriously by European artists. It was a decorative fashion, no more than that. As Beardsley’s work shows, Japanese prints had a much more profound impact. They offered a new way of seeing. Other new ways of seeing – for example, those triggered by African tribal art, would follow in due course. The art of Europe could never, in future, be a self-contained entity.

Beardsley was particularly open to this influence from outside because he was a graphic artist. He didn’t make paintings – just two paintings survive, on either side of the same piece of board – and made very little use of colour. He did create a great number of then-new methods of making images on paper, to the extent that the final product was not the drawings he produced, though the Tate show is rich in these, but prints. In this sense, he was radically democratic, just like the ukiyo-e printmakers whom he admired, and who, in turn, came to be influenced by his work. 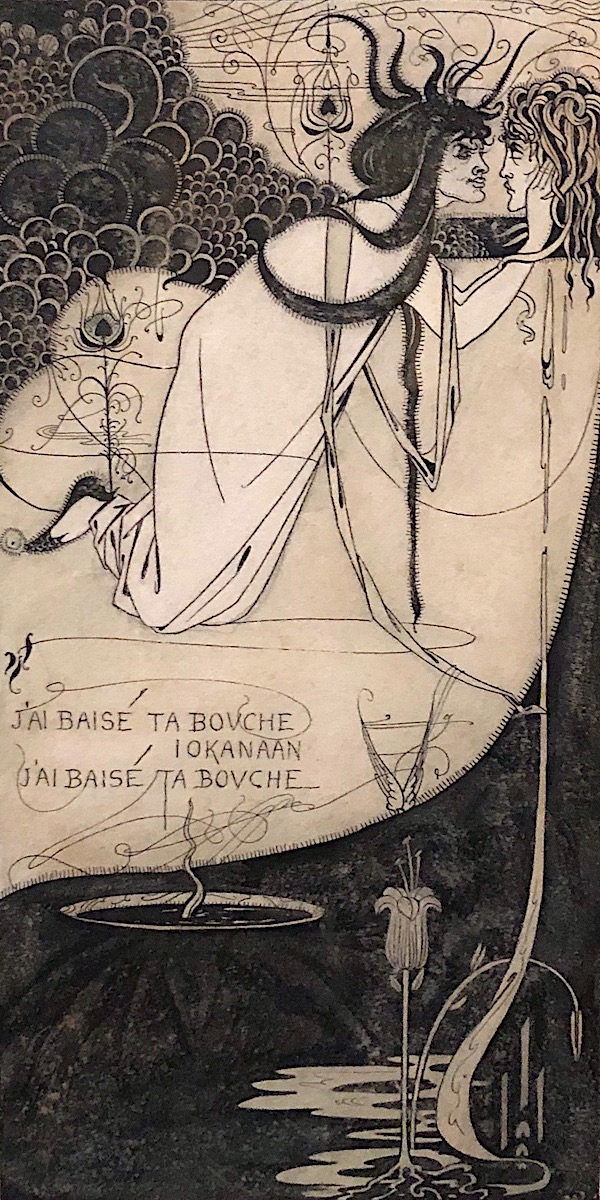 In other ways, he was very different from the ‘radically democratic’ artists of our own time, with their social and political advocacy, and their frequent declarations that art is for everyone. The constraints that he faced and the difficulties he tangled with were superficially very different from the situation that prevails today. The political rulers and the ruling taste-makers of his time embraced a very different set of values. Today we are not, so we think, shocked by sexual representations – at least up to a certain point. I wonder, however, if the kiddies who currently frolic upstairs in Tate Modern, in the big gallery adorned with thousands of images of themselves, are now going to be led downstairs in their uniformed groups to look at this? There’s some pretty forthright erotic stuff here. And today we are shocked by elitism, which is very much what Beardsley was about.

His first success was a set of illustrations for Oscar Wilde’s controversial play Salome, which couldn’t be put on stage in England, but which could get away with being a book in limited circulation. Beardsley’s illustrations tease not only the reader of the text, but also Wilde himself, who appears in one plate as a moon-faced loon wearing a hat in the form of an owl. The allusion is not to anything in the text of Salome, but Alexander Pope’s satire of literary mediocrity in his poem The Dunciad. In this, the poet Colley Cibber is enthroned as Poet Laureate by the Goddess of Dullness and wears just such an owl for a hat. What would the kiddies from upstairs make of that?

Without perhaps meaning to be so, this rather wonderful exhibition is a warning against the current cult of populism in the visual arts. There are lots of sly jokes here. They undermine the would-be populist vibe of the institution that houses the show. Is that a good thing or a bad thing? Well, why not go there and see?