For its summer exhibition, Newlands House Gallery in Petworth, Sussex, is showing more than 65 paintings and smaller works on paper by Frank Auerbach, one of the greats of post-war British art.

Frank Auerbach sees. And what he sees is what you get – Maya Binkin

The exhibition is titled Unseen because “we pulled out of storage works that have not been on show for a while,” said Newlands’ art director Maya Binkin, including “a collection of Auerbach’s patron David Wilkie that has not been united since it was first donated to Tate in 1993.” “We also see the artist’s process in the drawings, which is usually not revealed,” Binkin told Artlyst.

It’s not an easy process and the results are not pretty. Portraits, urban landscapes or riffs on classical allegory emerge from a camouflage of chaotic scrawls like tangled razor wire or thick smears of impasto paint. The colour palette ranges from acrid to grime. 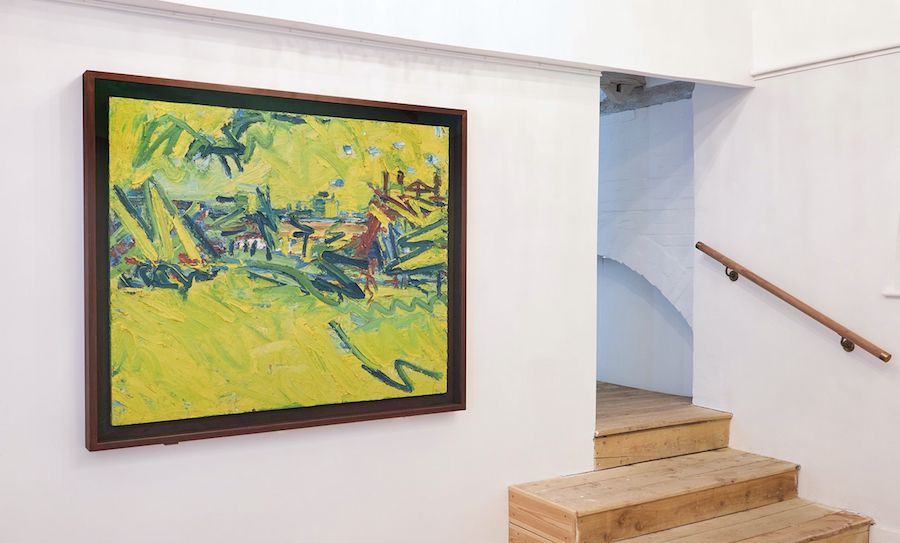 Frank Auerbach, The Origin of the Great Bear 1967 Courtesy of Tate, London

But, the thing is, Frank Auerbach sees. And what he sees is what you get, at least if you make an effort to get his field of vision: the deep penetrating, unflinching vision of a total artist. His portraits, whether of his wife Julia, his lover Stella or friends such as Leon Kossoff or Lucian Freud, pay no compliments. But they capture inner lives observed over decades, distilled in hours of sittings.

His take on Bacchus and Ariadne looks through the beauty of Titian’s masterpiece to an underlying bacchanalian ferocity. Constable’s Hay Wain in his hands transforms from a pastoral idyll into a set of drawings like studies in Brownian motion, the composition still there but buzzing with restless energy.

“Constable always had to have something a little bit industrious” in the foreground of his paintings; Binkin quotes Auerbach as saying: “Evidence of work, even if it’s only cows. It’s like: don’t believe that life is all going to be rainbows and heaven.” 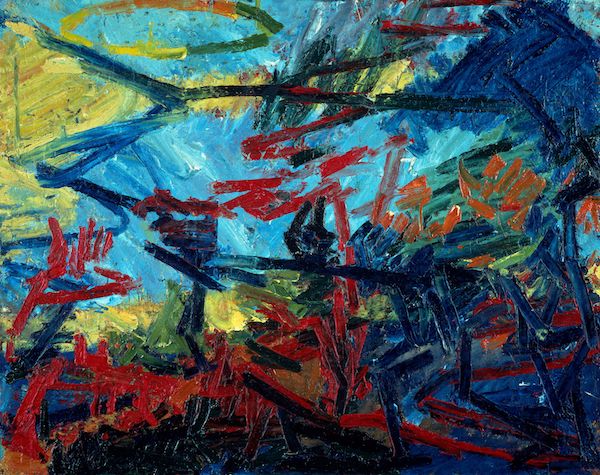 Certainly, Auerbach, still compulsively working every day at the age of 91, has never believed that life was all rainbows and heaven. An orphan of the holocaust, sent as a child from his native Berlin to refuge in England, he came of age as a painter in the bombed wastelands of a blitzed London. In the weals and welts of paint brush-lashed onto his canvases, it’s only too easy to read the traumas of a post-apocalyptic survivor.

Yet, in fact, that is too easy. Auerbach himself says postwar London – more precisely, his miniature cosmos of Camden Town, Mornington Crescent and Primrose Hill – signified hope more than desolation.

In the late 1960s, Auerbach took up a challenge from David Wilkie to create a Titianesque masterpiece that Titian had never painted. His response was a reinterpretation of Ovid’s metamorphosis story of the nymph Callisto’s rape by Zeus, would-be murder by Hera and redemptive conversion into the galaxy Ursa Major. The Origin of the Great Bear transposes the myth into a lemon-yellow landscape of Hampstead viewed from the top of the Heath. Zeus, a green-black crow, flaps the air. A brown stick figure in the foreground serves as Callisto’s son Arcas, the huntsman – though it’s said to be the socialist MP Michael Foot, walking his dog.

At the focal point of the composition, a rectangular block stands out against the sky. It’s the Royal Free Hospital, newly commissioned and under construction, a symbolic investment in a better future…