Once again the National Gallery offers a small, free, finely crafted show devoted to an Old Master painter that few people will know much – or indeed – anything about. In this case, to works by Bartolome Bermejo (c.1440-c. 1501). Bermejo was an itinerant late Gothic Spanish artist, born in Cordoba, but working chiefly in Aragon. “It seems likely,” so the NG’s publicity handout tells one, “that he was a converso (a Jew converted to Christianity) and that his nomadic career might be partially explained by the establishment of the Inquisition and the persecution of Jews by the religious authorities.” It has been speculated that he may have travelled to the Netherlands, where the new spirit of realism was just being developed by a whole school of painters, but this now seems unlikely. He learned about these developments from afar, from Netherlandish paintings that had already found their way to Spain.

Bermejo paintings are rare. Only about twenty works by him are now known

Seven paintings are on view, The NG owns just one – Saint Michael triumphant over the Devil with the Donor Antoni Joan. This was acquired comparatively recently, in 1995. The rest of the show consists of works borrowed from institutions abroad – the Museu Nacional d’Art de Catalunya in Barcelona, Barcelona Cathedral plus a further Foundation in Barcelona (separated parts of the same multi-panel work). Also a triptych from a cathedral at Acqui Terme in Italy. You’d have to run around quite a bit to see all of these paintings in their usual settings.

I think what strikes me about these works is how they bring together different worlds – one might say different states of existence. Bermejo, as a converted Jew, may have had occasional problems with both the religious and the secular authorities of his time. There are indications that his wife had a small run-in with burgeoning Spanish Inquisition. However, his compositions give a clear idea of what his work was for. It was to bond together the religious and every day: what his intended audience had seen in the world surrounding them, and what they might prompt to imagine. The NG’s St Michael is an elegant Gothic prince, clad in full, very expensive armour. The Devil he vanquishes in a composite surrealistic figure, with a face like one of the African masks that were to fascinate the young Picasso later on. In the left background, sheltered by St Michael’s vast fluttering cloak, a figure prays. He wears comfortable and expensive but non-warlike clothes. He is the donor: Antoni Joan, lord of Tous. The painting celebrates him as much as it celebrates the Faith that puts evil to flight, but without putting too much stress on the fact. Without him, this work would not have come into existence.

Bermejo may, in fact, has been a bit of an outsider, but he knew what his productions were for. How they were supposed to function in the society that surrounded them. It’s pretty difficult for any contemporary artist to feel that certainty today. 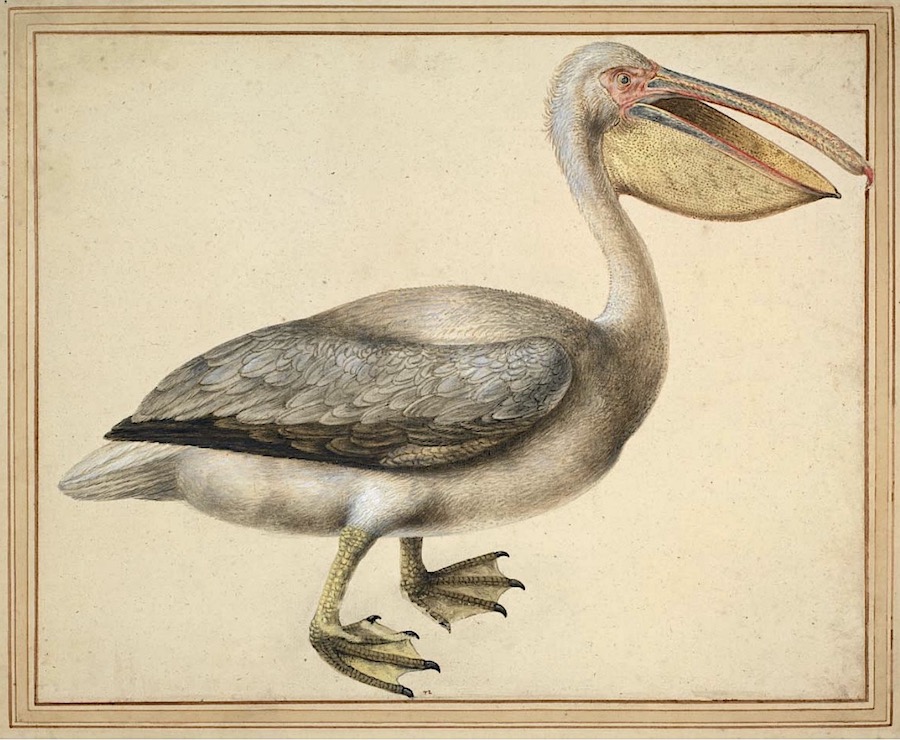 The Paper Museum was a phenomenon – a collection of nearly 10,000 drawings formed in Rome by the papal official Cassiano dal Pozzo and by his younger brother Carlo Antonio. In the 18th century, the bulk of the collection fell into the hands of the British monarch George III, and the British Royal Collection is where the drawings remain today. The show at the Barber Institute in Birmingham represents only a tiny fraction of this mass of material but is very intelligently done.

The drawings illustrate the birth of the modern scientific spirit

What interested Cassiano and the circle of savants that surrounded him -they called themselves the Accademia del Lincei, after the sharp-eyed lynx wild cats that wandered the hills round Cassiano’s home town, Acquaporta in Umbria, were two things: what they had inherited from Roman antiquity, and the natural world that surrounded them. They were also interested in architecture and in costume. These themes are all represented in the vast trove of drawing that has come down to us. Samples from all these themes are presented at the Barber, plus a few illustrated books which illustrate the context within which the collection was made, and also the kind of influence it may have had on later discussions of the subjects chosen. The watercolour drawings are mostly the work of just one artist, Vincenzo Leonardi, though there is also a sheet showing details of Roman armour, which is attributed to Nicolas Poussin.

The drawings illustrate the birth of the modern scientific spirit, within the potentially hostile context of Papal Rome. The small catalogue-leaflet refers one to the case of Galileo, condemned by the Church for championing the view that the earth moved round the sun, and was therefore not the centre of the universe. In 1633 the Inquisition found him guilty of heresy, and he spent the rest of his life under house arrest. Galileo was a member of the Accademia del Lincei – he joined it in 1611.

What fascinates about the drawings, especially the natural history ones, is not only what the artists got right, but what they got wrong. In this sense, these sheets are successors of Leonardo da Vinci’s studies of human anatomy, also part of the royal collection and now on view in the gallery at Buckingham Palace.

One sees that, though Cassiano and his circle were determined to look at the natural world with fresh, non-judgmental eyes, they were nevertheless guided to see things in terms of their own preconceptions. Also, they were limited by circumstances, Sometimes the artists they employed got the portrayal entirely right, and sometimes they didn’t. This was particularly the case when those commissioned had to work, not from a living creature but from a dead specimen. An example is a drawing of a three-toed sloth, a native of Brazil, a creature which spends its life hanging from trees by its claws. It doesn’t have the musculature to walk on all fours, as it is shown doing here. It is thought that the image (not by Leonardi) was made for Cassiano from a painting he saw in Madrid, which he visited in 1626. The painted image, in turn, was probably copied from a drawing made from a dead specimen, sent across the ocean from newly discovered South America.

This constant dialogue between what was indeed seen, and what was distorted or subtly changed by previous expectation is one of the fascinations of the show. What we see and what we think we have seen are related, but not always identical.