Once lauded as the greatest British artist of the 20th century, Moore has – in recent years – been usurped by the great sadomasochistic gambler of old, Francis Bacon; where, in the battle for the representation of the human form, Moore has become the muted child constantly out-screamed by his ‘pope-wielding’ obstreperous sibling.

The exhibition highlights the influence of early visual language

But where Moore regains that voice against Bacon however, is in his drawing [not least due to Bacon’s spurious claim that drawing was never part of his practice] in this exhibition, Moore’s early ideas are alive with a sense of movement and even urgency, that reflects at least an aspect of Bacon’s supine fragility of the flesh, which lies beneath this sculptor’s weighty forms – this is where Moore’s osseous matter melts away before your very eyes, and here instead, we see the skeleton of an idea. Moore’s beginnings lay bare.

In that; influences seem apparent, and now, ‘Becoming Henry Moore’ – taking on its second iteration, (this time at the Henry Moore Institute in Leeds) – attempts to give another fresh insight into the influences at work on the mind of the famous British Sculptor – and like the 2014 exhibition ‘Bacon/Moore: Flesh and Bone’ at the Ashmolean Museum, Oxford – this exhibition draws comparisons and influences that are perhaps not quite as far-fetched – as attempted by that rather ambitious show.

For in fact, this is about ambition itself – that of a burgeoning artist bombarded by influences that would go on to inform Moore’s practice, which in turn would have him seen as possibly the most important British artist of the 20th century, and certainly the most important sculptor. 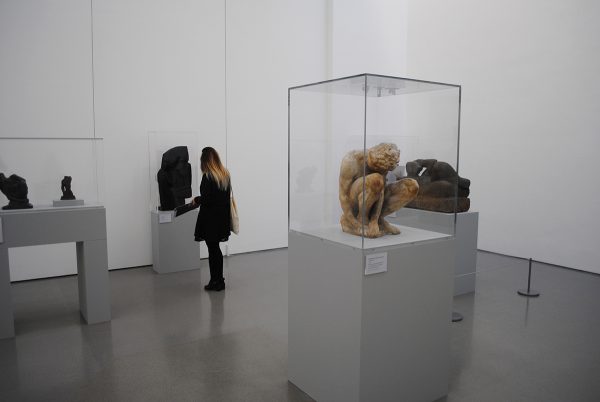 Moore’s early talent was spotted at school in Castleford by the boy’s progressive headmaster, ‘Toddy’ Dawes, who went on to encourage Moore alongside art teacher, Alice Gostick, who allowed Moore to study publications at her house, digesting contemporary art via black and white images that would, in later circumstances, be reflected in the artist’s work. Gostick and Moore, in fact, became enduring friends – the artist was in fact enamoured.

The show is exhibiting a piece specifically from this period; the elaborately carved wooden “roll of honour” panel for the Castleford Secondary School, a very early creative example, filled with the names of pupils who served in the Great War (including that of the artist). Surely a sombre beginning to any creative practice? This work also reflects the link between war and the artist’s beginnings, as Moore received an ex-serviceman’s grant to attend Leeds School of Art, and later the young artist would receive a scholarship to study at the Royal College of Art. 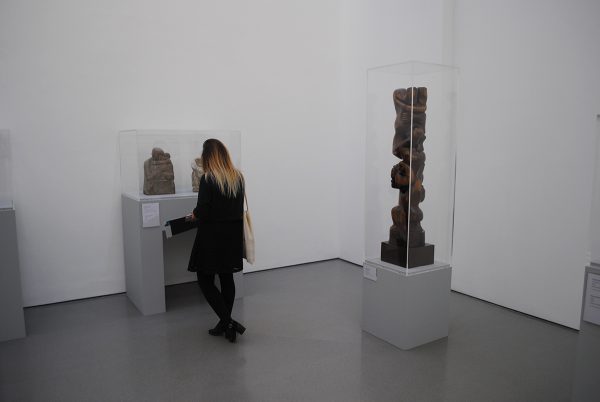 This current display at the Henry Moore Institute is ‘formative Moore’; focusing on that young artist from the 1920s, struggling energetically to find a voice. This is a curatorial exercise in highlighting the dialogues formed between Moore’s early oeuvre, and the great works of art history that inspired him. Barbara Hepworth and Leon Underwood loom large, as do Brâncuși, and Picasso.

The exhibition highlights the influence of early visual language – tribal art that would go on to influence Modern Art – language equally appropriated by Picasso, which would become a tertiary influence on Moore – along with sources from publications from the British museum – black and white shots of Aztec and Cycladic works studied enthusiastically for particular sculptural cues.

But the real source of Moore’s later sculptural weight is to be found through juxtapositions with works from Rodin and Michelangelo, a reflection of Moore’s sense of sculptural muscle – rather than any Baconian mortality – that of immutable stone; like bone to Bacon’s flesh.