A short time ago, it seemed as if making and publishing books about art – contemporary art, in particular, was a doomed enterprise. Everything of that kind was moving on to the web. Hereafter all we would need to do if we were curious to know what was happening in art, was to look at our computer screens, how things have changed! Now anyone with an enquiring spirit is confronted with a range of new print publications.

Where contemporary art and artists are concerned, there has also been a shift in the kind of book now being published. Paperback books and catalogues are still being published, but much of the emphasis is now being placed on the production of massive hardcover tomes, suitable for public and academic libraries, but also there to be flaunted on the coffee tables of the art-collecting new rich. The three books reviewed here are typical of this new phase of artbook publishing. They are all too large and heavy to be comfortably held in the hand. One of them at least, a career monograph devoted to the work of the Portuguese-British artist Paula Rego, is too big and heavy to sit comfortably on any but the amplest of laps. The page-size is also too large for most computer scanners. The same is true of the book devoted to aspects of the work of Lucian Freud. You might just, at a pinch, be able to make scans from the book dedicated to the work of Oscar Murillo, currently the favourite to win the next Turner Prize. 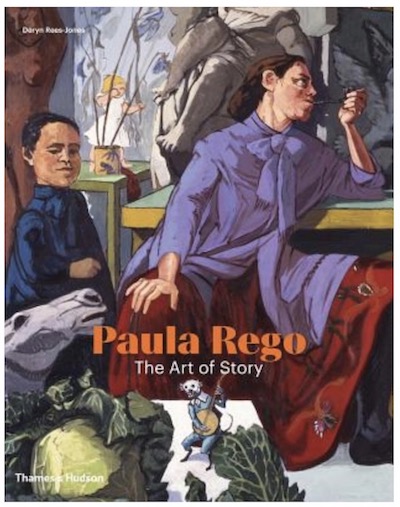 The artist also concerned, as it happens, have other things in common. For example, while all are now identified with what is happening, or has just happened, in British art, and while all three are or were working in London, none of them are British by birth. Rego is Portuguese, though she had a British husband. She still has strong roots in her native country. Freud was born in Berlin and emigrated with his parents because of Nazi persecution of the Jews. Murillo comes from Colombia. Though he received most of his training as an artist here in Britain, and now lives and works here, he does not identify with the British art-scene but prefers to be thought of as an international figure. In March 2016, on a flight from London to Sydney, where he was due to exhibit his work at the Sydney Biennale, he tore up his British passport and flushed it down the toilet. Arrested on arrival, he was put on a flight to Singapore. From there, using his Colombian passport, which he had retained, he was able to travel back to London, via Madrid, Barcelona and Bogota. He has exhibited his work widely and is represented by David Zwirner, a major international dealer.

A common pattern in the story of British art has been the presence and success of non-native artists. Until the 18th century, most of the painters who made names for themselves in Britain were incomers. One thinks of Holbein and Van Dyck. Following the glory days of Turner and Constable, foreign influence once again started to assist itself in the British art world – one remembers, for example, the success of John Singer Sargent and of Alma-Tadema. Then, before and after World War II, there were the immigrants of Jewish origin. Even Francis Bacon, now the most celebrated of all British artists working post-war, was only precariously so. He was born in Ireland, and his parents were Irish on one side, and Australian on the other.

Rego, the subject of the very biggest of these books, is, like Freud, very firmly a figurative artist. Her career has followed a pattern not unfamiliar from that of other female Modernists – one thinks of Louise Bourgeois at the United States, and also of Lee Krasner.

That is one of slower recognition than what was given to male counterparts.

Her work has a number of resemblances to that of Freud – in particular, a tendency to rely on a small circle of intimates as models – in her case, this is whether or not they seem particularly suited physically to the roles she imposes on them. As the monograph relates, she is very tenaciously a figurative artist. Her work is autobiographical, but abounds in literary references, far more so in her case than that of Freud. Yet, looking at it, as Rego’s life progresses, you find yourself increasingly embraced by a very tight personal circle. Mercifully you are not, as is the case in works by some other famous contemporary artists, oppressed by an unrelenting sequence of self-portraits: unclothed, upside down, or in both of these states simultaneously. The impression the book offers, when dealing with the later stages of Rego’s career, can, however, be a trifle claustrophobic. 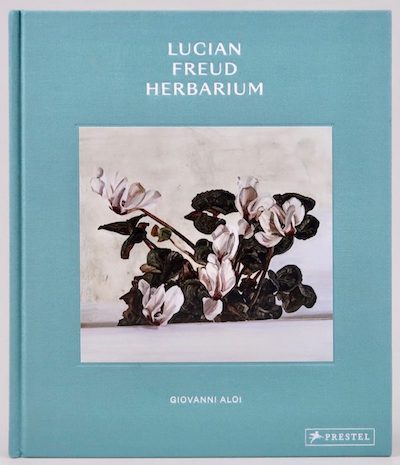 The Lucian Freud compilation officially entitled The Lucian Freud Herbarium, struggles to fulfil its announced objective, which is to feature Freud’s images of plant-life, as opposed to his more celebrated depictions of the human form. It struggles to exclude images of people. A painting entitled Girl with Leaves is much more about the girl, gazing directly out at you with soulful eyes than it is about the leaves dangling above her head. Sometimes it loses the battle altogether. Towards the end of the book, there is a plate of Freud’s famous fat-lady nude Benefit Supervisor Resting. Inclusion of this is justified by the fact that the battered junk-shop sofa om which the model reposes is upholstered in a faded chintz patterned with roses. The text facing the plate asserts that: “the voluptuousness of this contemporary Venus…is paradoxically anchored to a lyrical and distant mythological tradition by the red roses printed on the sofa’s fabric.” The comprehensive retort to this is “Bollocks – pull the other one!”

The book does, however, succeed in demonstrating that Freud’s way of portraying these plant subjects is in fact very unlike that of nearly all of the painters who tackled subject-matter of this sort in the past. What he liked was the untidiness of nature, all the more so if this manifested itself in a kitchen sink or an urban back yard. He had no interest in portraying the wonders of nature at their best. What interested him was the ungovernability of many plants. Often, he preferred to show them at their worst. For example, a tangle of twigs and branches, close up, stripped of their leaves.

As in the book about Rego’s work, one gets the feeling that Freud essentially lived in a very restricted world. That the great subjects of traditional art eluded him, and that he did the best he could with what was immediately available. The scantiness of some of the still lifes – for example, a little painting of an unripe tangerine with a few attendant leaves – doesn’t resonate in the way that several almost equally restricted still lifes by Dutch and Spanish Old Masters do. Doomed never to ripen, the single tangerine becomes an unintentional allegory.

The book about the art of Oscar Murillo transports one into a very different world from the ones occupied by either Paula Rego or by Lucian Freud. Published by the Haus der Kunst in Munich, on the occasion of an exhibition there, and with a preface by its then director Okwui Enwezor (he died in March this year), the publication seeks to move art on from traditional preoccupations, such as making pictures. There are nevertheless quite a lot of paintings reproduced in the book, in the abstract scribbling style that Murillo has made his own. Once you’ve seen a few, you recognise the hand at once. There are, in addition, reproductions of some more or less all-black paintings that fare poorly on the page, and also some showing off-stretcher works, quite often all black as well, as these were presented in various prestigious international galleries. 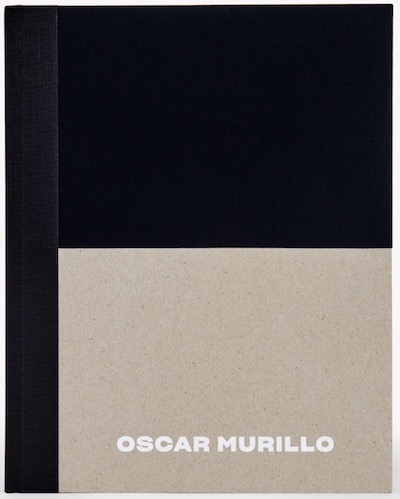 The main meat of the book, however, is to be found in photographs of various installations. Quite often, so it seems, there was an element of collaboration with local people in making these. In today’s parlance, these were ‘social art’. The use of the past tense is necessary because, while the installations were recorded in photographs, which is why one can see them in the book, they now no longer exist. Murillo has been inclined to claim that he is essentially a socially engaged artist, and this is the real impetus behind what he does. The trouble is, however, that too often you have to work it out. The link between the message, and what you see or could have seen, usually but not always in a designated ‘art space’, is by no means always obvious. This is particularly the case when what is shown retreats from figuration. Murillo’s paintings, being basically abstracts, with occasionally figurative interventions, offer a case in point. They are handsome works but – to put it politely – the social message is oblique. One might even say that it is buried too deeply to be found under the worked surface that you see. Murillo’s installations offer a kind of moralising that is much easier to penetrate. But these are populist art entombed in a luxury book, which is an inefficient way of communicating what they are about.

What the contemporary art world tends to forget is that social art is not a new invention. It has existed in one form or another ever since Palaeolithic man started drawing things on the walls of a cave. Sometimes this art survives the occasion, or occasions, for which it was made. Sometimes it doesn’t. While Michelangelo’s Sistine Chapel ceiling is still with us, the Milanese courtly masques for which Leonardo designed costumes are forever gone. In general, however, our forefathers were more efficient and direct in producing this kind of art than we are now.