The BP Portrait Award 2018 currently at the National Portrait Gallery offers interesting parallels with the London Open 2018 on view at Whitechapel. Both are free entry. Both report on what is currently happening in art, though from very different standpoints. Neither is rich in celebrity names.

“Portraiture, as a theme for art, often seems, for purely practical reasons, to be the enemy of the radical” – ELS

The London Open goes all out to persuade you that the spirit of avant-gardism, as this was generally understood up to – say – the middle of the 1980s, is still alive and kicking. In this, it partially succeeds, though without managing to suggest that artistic innovation is following any particular path.

The BP Portrait award is not committed to innovation. In fact, portraiture, as a theme for art, often seems, for purely practical reasons, to be the enemy of the radical. If what you are offered isn’t recognisable as a likeness of a particular person, it rather loses its point. From time to time, of course, strenuous efforts are made to escape from this built-in presumption. The recent Howard Hodgkin show at the NPG offered some cases in point.

There is none of this wriggling in the current display. If you met the very various subjects of these portraits in the flesh, the likelihood is that you’d think, in almost every case, ‘Oh yes, I’ve seen you before.’

In this sense, the art of portraiture is the opponent of the modern. The current Directorate of the NPG often seems uneasy about this, as is evinced by some, though not all, of the works on display in the ‘Wacko Jacko’ Michael Jackson show offered elsewhere in the building. 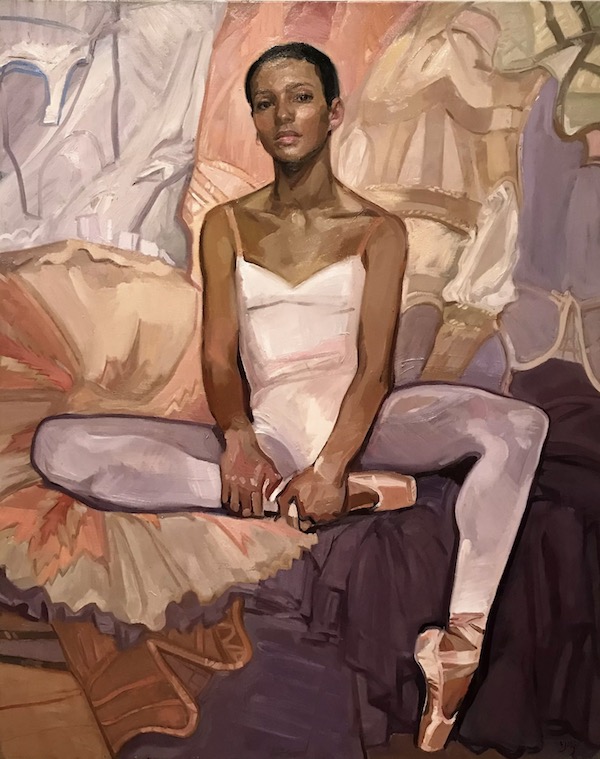 The BP Portrait Award does, therefore, have, simply as a result of sticking firmly to what it is supposed to be about, a slightly eerie resemblance to the better kinds of officially approved Soviet art. It offers Soviet aesthetic values without the propaganda. Some works on view, for instance,Vanessa Garwood’s elegant likeness of Francesca Hayward, a principal dancer with the Royal Ballet, could be slipped into a show of Soviet painting and no-one would notice the difference. 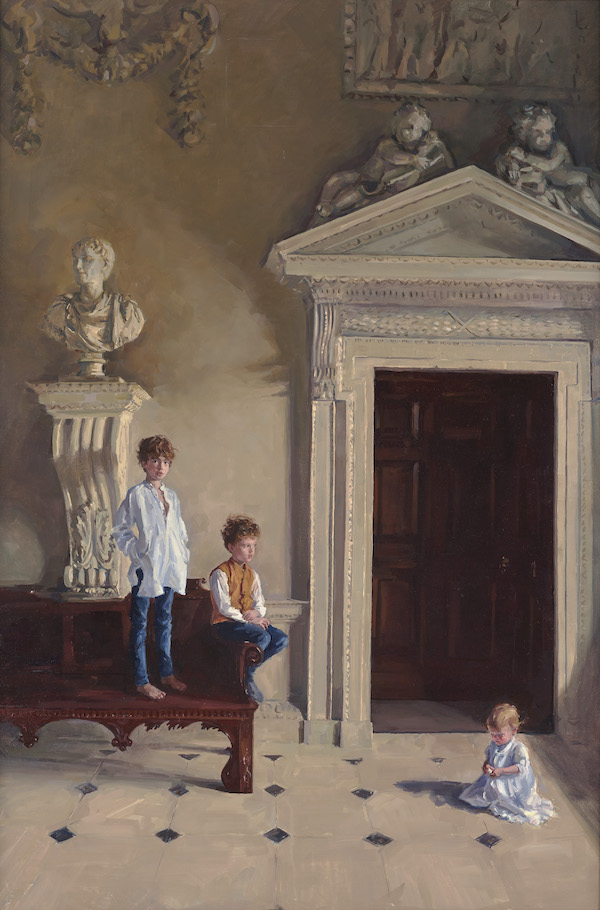 The Cholmondeley Children by Phoebe Dickinson, 2017

It’s only on closer analysis of the subjects portrayed that one begins to notice the difference. There are no official likenesses: generals, politicians, panjandrums of any kind. There are at least two images of men who are mentally disabled. There is nothing or almost nothing that would qualify as a society portrait. The sole exception is Phoebe Dickson’s charming group portrait of the Cholmondeley Children, pictured in the grandiose surroundings of their family home, the Palladian mansion Houghton Hall in Norfolk, currently the site of an exhibition of Spot Paintings by Damien Hirst. No spots are visible in this composition. 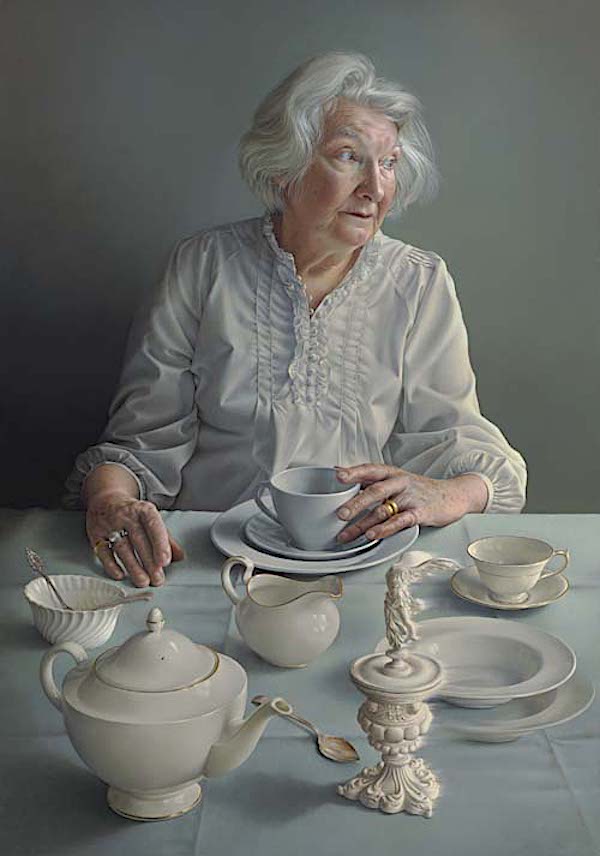 The message is very simple. The makers of portraits now have the upper hand. They are not humble employees. They make likenesses of people who are significant to them. A hands-up at this point. There is no image of me in this particular BP Portrait Award exhibition, but I have indeed figured there in the past. If you are the sitter nowadays, you’d better do as you’re told.

The ghosts that hover here are, paradoxically, some of the great names of Modernist art. Giacometti and Lucian Freud, for instance, portrayed the same subjects obsessively, over and over again. Artists use portraits to search for their own idea of the human essence.

One can’t be surprised that the First Prize this year went to an artist who made – guess what? – a portrait of her own mother.

The BP Portrait Award is one of the most prestigious portrait painting competition in the world and represents the very best in contemporary portrait painting. With a first prize of £35,000, and a total prize fund of £74,000, the Award is aimed at encouraging artists to focus upon and develop portraiture in their work. Over the years this has attracted over 40,000 entries from more than 100 countries.

The competition is open to everyone aged 18 and over.

The BP Portrait Award is in its thirty-ninth year at the National Portrait Gallery and twenty-ninth year of sponsorship by BP and continues to be an unmissable highlight of the annual art calendar. Since its launch it has been seen for free by over 6 million people.