A new show at the Barbican is devoted to the theme of Cabarets and Clubs in Modern Art. Structured city-by-city it riffs trough several organisations of this kind, ranging in date from the 1880s to the 1960s, and covers a wide geographical spread. Not just those in European capitals – Paris, Vienna, Berlin, Rome, London – but others sited in Mexico City, Tehran and Ibadan. The United States doesn’t make much of a showing. There is one section dedicated to Harlem nightclubs and jazz clubs, ranging in date from the 1920s to the 1940s. Which is to say that it reflects the rise of African American music – i.e. jazz – and the impact this had on American urban culture.

Entertainments of this kind seem to have vanished away – ELS

Music and live performances connected to music are powerful themes throughout. A whole section is devoted to the American dancer Loïe Fuller, famous in Paris during the 1890s for her spectacular performances at the Folies Bergère in Paris, though it is an ironical fact that she refused to have her work recorded on film, then at its very beginnings. The work of some of her early imitators is, however, preserved in this form. 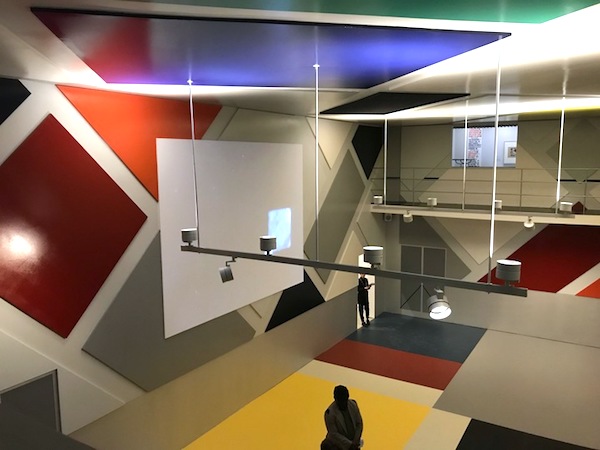 It’s not surprising that the Barbican Gallery should choose to put on such a show right now when there is an increasing emphasis on a would-be avant-garde art world on performance art and links between visual art and music. There is also the fact that much contemporary art sees itself as being primarily entertainment – here today and whisked out of sight tomorrow,

Major differences nevertheless present themselves. Cabaret art wasn’t afraid to be shocking – in fact, it often rather gloried in upsetting the bourgeoisie of its time. It reacted to what was happening in the society that surrounded it, and which to some extent at least financially supported it. Even if it also, quite often, set out to shock.

It seemed to flourish, particularly when times were difficult. This was especially true of the nightlife that flourished in Weimar Germany, from the defeat that Germany suffered in the First World War to the rise of Nazism in the early 1930s. In the Berlin of those years, there was undoubtedly a defiant feeling that ‘anything goes’. The self-righteousness that characterises so much of the supposedly advanced art we have now was lacking. Cabarets don’t exist to preach.

Or should I say, ‘didn’t exist’? Entertainments of this kind seem to have vanished away. When we feel the urge to experience something resembling this kind of entertainment, we troop off to Tate Modern. Where what we encounter is state-supported and offered for the most part, strictly in business hours. And alcohol-free. 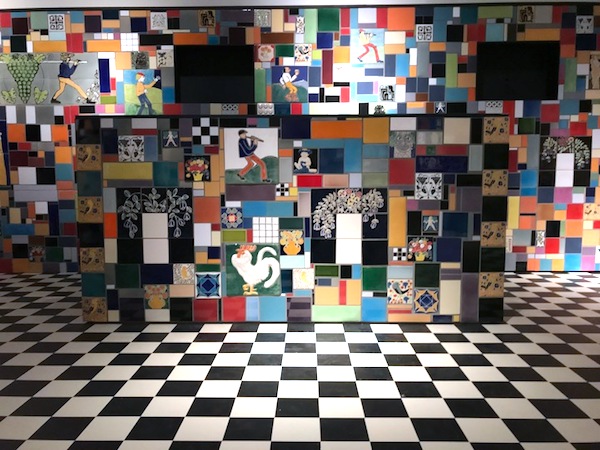 The show at the Barbican show takes place on two floors, as is usual with this gallery. On the upper level, there is a sequence of historical displays, with paintings, prints, posters and some other artefacts that tell you what was going on in that bygone age, or series of bygone ages. In the galleries below, there are some more displays of this kind, but also attempts to reconstruct some settings full size – the Cabaret Fledermaus in Vienna (1907-13), the Chat Noir in Paris (1880-90s), L’Aubette in Strasbourg (1928, designed by Theo Van Doesburg) and two Mbari Clubs in Nigeria (1961-66). Dear dead days! Empty of people, bereft of music, the spaces poignantly summon up epochs when the avant-garde of the visual art was for better or worse genuinely an elite. Enter these spaces and you enter a very different world to the cultural set up we have now.