The Family in Disorder: Truth or Dare, sees Brazilian artist Cinthia Marcelle transform the architectural properties of Modern Art Oxford with a bewildering quantity of materials. This is the artist’s first UK solo exhibition, and with a twist: Marcelle did not create the site-specific installation herself.

A recurring motif throughout the work is an allusion to education

A group of artists and technicians were tasked not only with the construction of the installation, but the creative decisions of its layout. The installation is split between two spaces in the gallery; each space containing an identical set and quantity of materials, both natural and industrial, including bricks, soil, chalk, paper, and various other components. 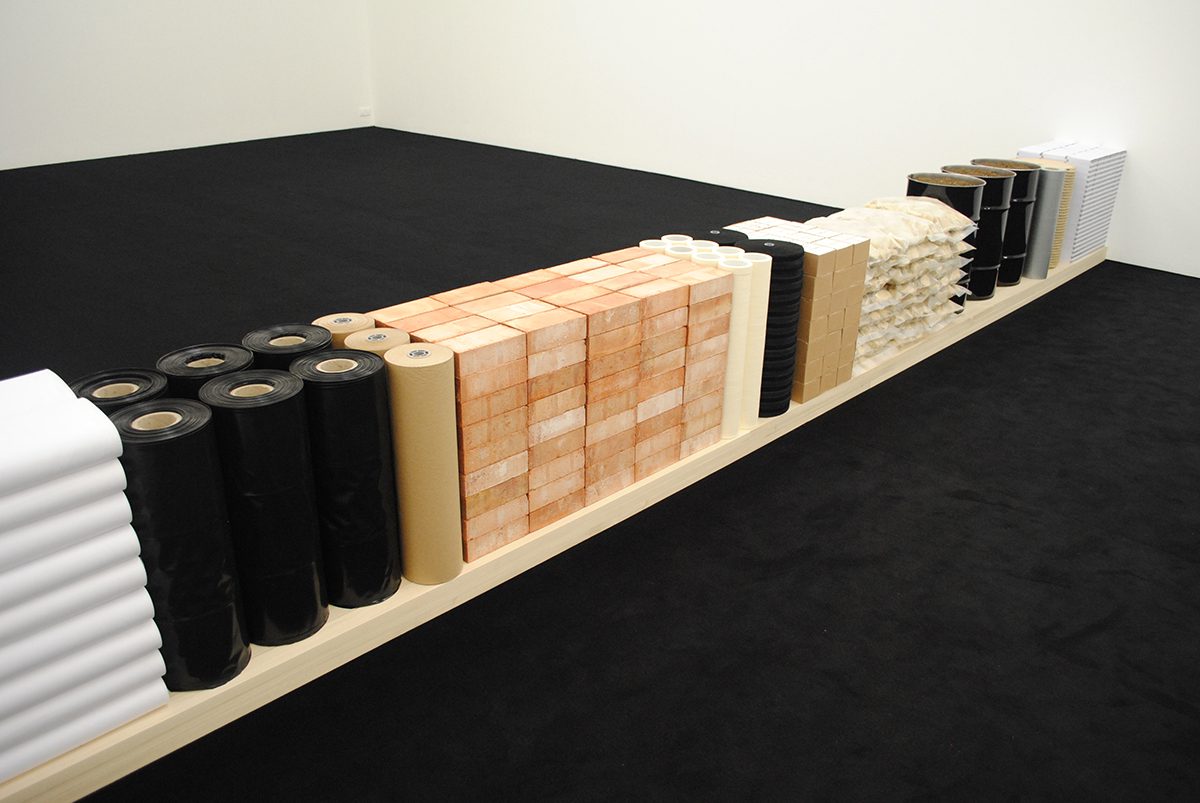 The division is one of order and chaos; one room’s materials are laid out with the linear minimalist precision of Carl Andre, while artists and technicians Aline Tima, Aaron Head, Chris Jackson, Kamila Janska, Andy Owen, and Sebastian Thomas ‘explode’ the same materials in the second room, with similar results to Cornelia Parker’s ‘Cold Dark Matter’ – but without the theatrical effect.

The resulting configuration of materials allude to functionality and structure, or perhaps deconstruction; a bulldozed favela, the detritus of makeshift dwellings, littered with paper, and chalk, dust and soil.

Marcelle highlights social inequality whether it be in São Paulo or Oxford; giving the work to local artists to imbue subjective personal responses, and transposing those into this environment, responding to the architecture of the gallery – and perhaps some of Oxford’s very own images of ever-growing social inequality – with materials easily found creating makeshift dwellings on the city’s streets. 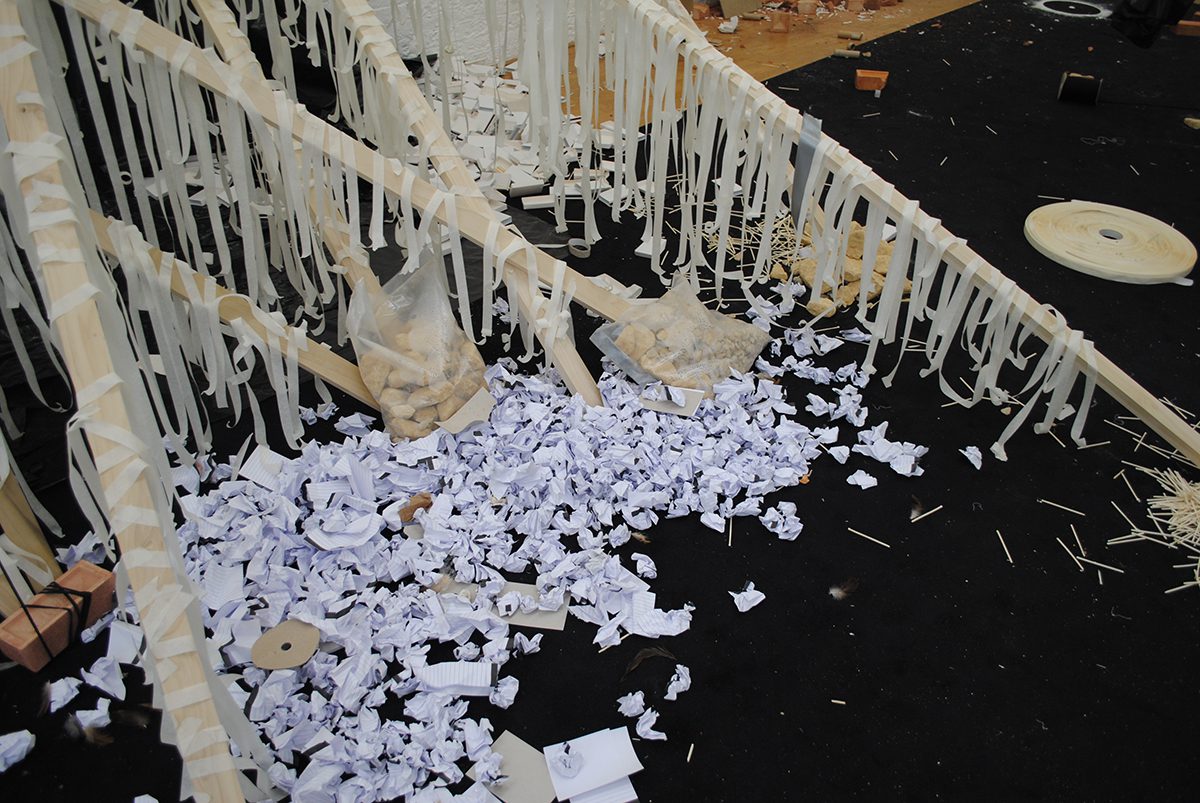 Subjective decisions made by the inhabitants of our city, both internally and externally; the work mirrors itself and its larger environment. With dust, and soil and chalk, the work also alludes to the conceptuality of substances, a language often underused, the poetry of Beuysian fat gives way to the smell of chalk, as the micro and macro of materials are scattered throughout. The minimalist sculptural universe of one room – where the viewer responds to the material as sculpture – remaining external to that universe and conversant with the work; is juxtaposed in the second room through the language of installation, with the viewer internal to that universe and integral to its language.

Both rooms are divided by the work ‘Truth or Dare’ an animation created out of photographs of a found concrete triangle. The movement of the triangle in the animation suggests a compass responding to the flux of a magnetic field; this could almost be a ‘moral compass’.

A recurring motif throughout the work is an allusion to education; and there is something a little reminiscent of an art foundation course exhibition in the Parker-esque ‘exploded’ room installation, as if students had been asked to explore materials, language, and meanings, resulting in an imprudent assemblage – but in this instance at least it seems a fitting juxtaposition to the chalk.

Cinthia Marcelle, The Family in Disorder: Truth or Dare – Modern Art Oxford – until 27 May 2018