In fact, it seems as if almost all 19th & 20th-century artists tried out collage

A total 250 artworks including pieces made from newspaper, fabric, string, photographs, leaves, flowers, buttons, stamps, tickets, embroidery, wood, shells, the internet – almost anything at all! First known as mosaic work, scrap work, papier colle or montage, the term collage only became common in the 20th century. As the truely fascinating catalogue by Patrick Elliot tells us, collage comes from the French verb coller – to glue. Glue made originally from rabbit skin or fish stank. Thank goodness for PVA. 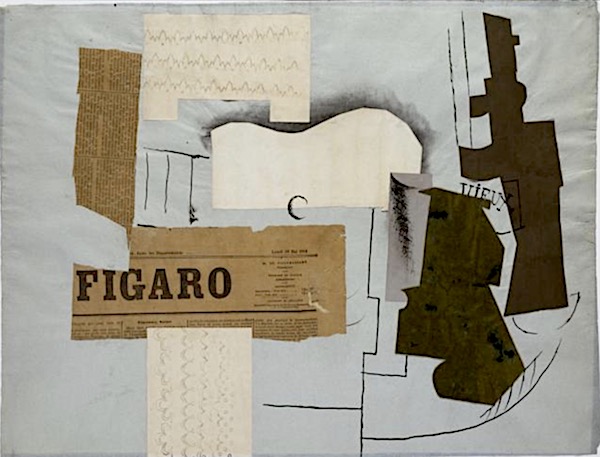 Most famous of course are Picasso’s radical cubist works, from 1912/13, innovative still lifes of bottle, glass & guitar created from printed paper. Two prime examples belong to the Scottish National Galleries. However, Elliot sets out to expand this notion, going back to 1573 and onward to Jake & Dinos Chapman’s 2017 ‘Disasters’ series.

Elliot explains that while most collages are made by cutting out a shape & discarding the remainder, Picasso used the leftover parts, sometimes reversed. For both him and Matisse, positive and negative shapes were equal. Taking another route, postwar artists tore posters or suchlike to make decollage works while photomontage was a favourite of many from as early as the 1870s.

Victorian scraps on screens, in albums and fans, became all the rage in the mid 19th century when chromolithography provided much-desired colour printing. Today we take bright glossy hue for granted, but it was once a precious commodity. I remember the 1960s colour supplements being a big thrill!

In fact, it seems as if almost all 19th & 20th-century artists tried out collage. Some aimed for a seamless approach, others were scattershot. Blended by drawing and watercolour or splashed on with surrealist abandon, the finished image was what mattered. Incredibly in 1850 Ingres incorporated 5 bits of engraving & pencil drawing to create a unique family portrait. 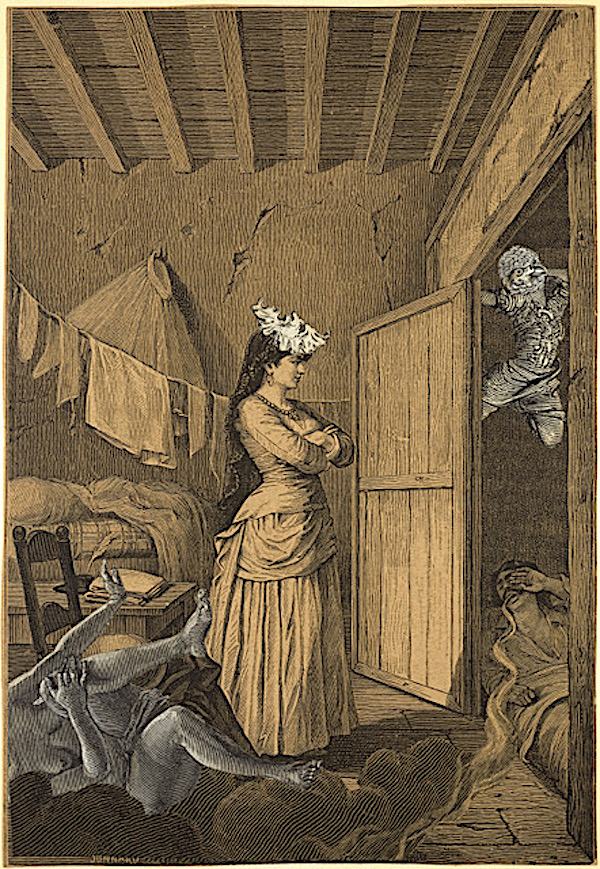 Max Ernst is best known for his reuse and re-interpretation of detailed old black & white steel engravings, which caused “unparalleled admiration’ among the other Dadaists when first shown in 1921. Ernst describes his cannibalisation of these 19th-century illustrations, adverts & sales catalogues as an attitude rather than a technical process, more a way of perception: “He who speaks of collage speaks of the irrational.”

For the prolific Kurt Schwitters, his abstractions were a political tool, a rebellion against tradition, WW1, ‘mere oil painting’ and the old order. Post WW2, artists like Arman, Jiri Kolar, William Dole and others also used collage in protest, seeing junk & found objects with fresh eyes.

Despite its early history in the 18th & 19th century as a craft, it’s dangerous to regard collage as a female pastime. One look at the ferocious work of Hannah Hoch, Eileen Agar, Pat Douthwaite, Hannah Wilke, Annegret Soltau or Chantal Joffe puts paid to that assumption. I visited Agar in her studio in the 1980s when she was already in her mid-80s, frail but vivacious. She described collage as “a displacement of the banal by the fertile intervention of chance or coincidence. I believe it to be a vital part of Surrealist art.”

Within this plethora of cut paper, perhaps the most familiar and beloved of collages are Matisse’s 1947 Jazz cutouts and Blake’s 1967 Beatles cover for Sergeant Pepper. Blake began making collages while a student in London in 1955, inspired by Victoriana. Last but not least, especially in Scotland, Paolozzi too loved collage. “My anxiety and anguish in 1946 was resolved by this magic process of picture-making.” Using magazines, comics and adverts Paolozzi’s work ushered in British Pop Art.

The exhibition, solely in Edinburgh, ends with work by Tomaselli and Jim Lambie. I wish there had been more digital work created by the familiar keyboard ‘cut n paste’ we all know so well – but it’s still a must-see show.