Just occasionally, an exhibition manages to take me unawares. This was very much the case with Dan Colen’s new show at Damien Hirst’s splendid Newport Street Gallery. It does help that this is one of the very best spaces for showing art in London.

Colen first emerged onto the New York art scene in the mid-2000’s. Describing his work in a review of the Whitney Biennial of 2006, Carlo McCormick had this to say:

‘As for the kids, real art-world insiders will have a much better idea than I, but some names can’t help but jump out at me. Two wonderfully delinquent maniacs I’m particularly delighted to see here are Dan Colen (b. 1979) and Dash Snow, both of whom show with Rivington Arms on the Lower East Side. Dan’s wild and unexpected in that classic pee in the punchbowl kind of way. I don’t know why he gets away with the shit he does, but I know a lot of people who think he’s cute, so perhaps that helps. What matters more is that he does great art that doesn’t look like art at all.’

Dash Snow, mentioned here, didn’t survive. He died of a drug overdose in 2009. Colen is very much still with us, exhibiting now with grandee dealers such as Gagosian. It’s not surprising that Damien Hirst has collected his work. He’s always liked artists who are bit wilder than he is himself. 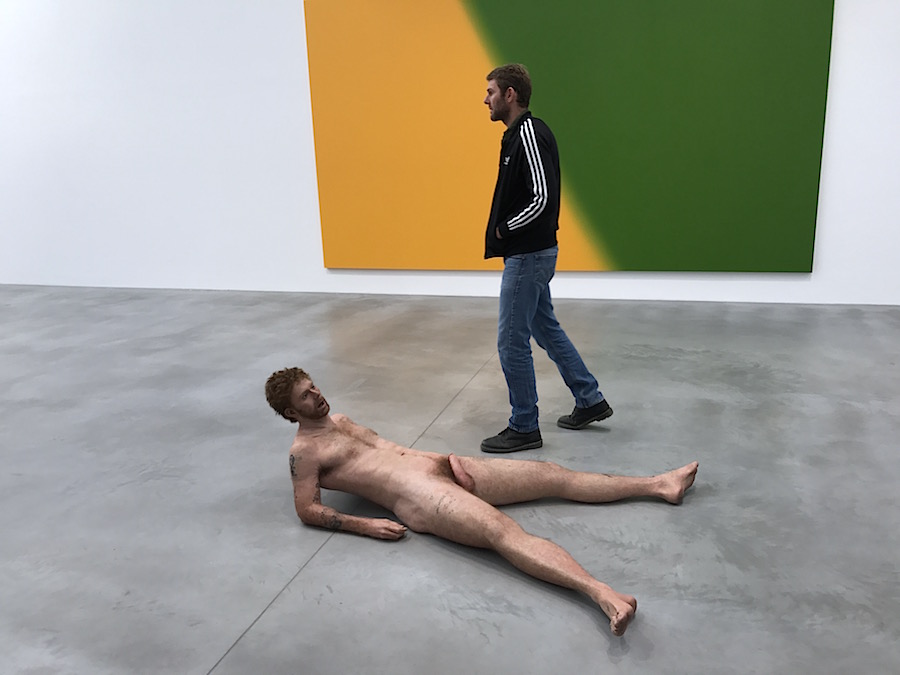 Colen’s show at Newport Street reveals that he’s retained more than a touch of his old up-for-anything, free-spiritedness. This to the point of showing a very detailed life-sized nude image of himself, sprawled on the floor of the last gallery space you come to. Mme. Tussauds couldn’t do better. 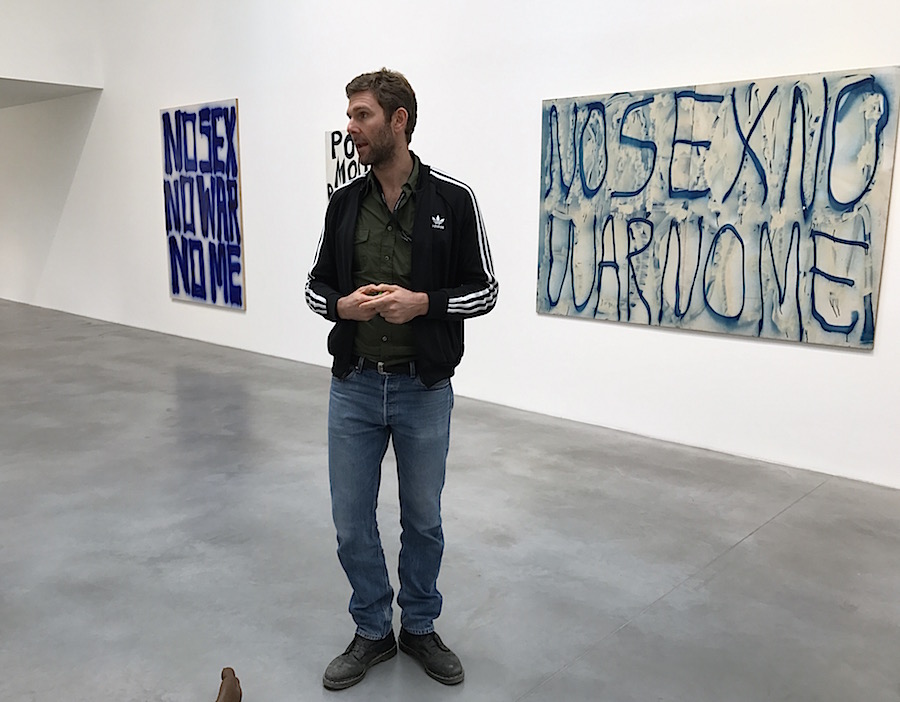 Dan Colen No Sex No War No Me

He’s happy to try outrage other preconceptions, in addition to showing his semi-erect willy. There are, for example, a series of large abstract paintings here manufactured from chewing gum, masticated and expectorated. There are also a number of his signature paintings that consist simply of large-scale inscriptions. The lettering is cruder, and the sentiments are more interesting than the numerous lettering-only paintings that are a feature of the current Frieze art fair in London. One proclaims: ‘NO SEX, NO WAR, NO ME’. It’s no wonder that the overall exhibition title is just two words: Sweet Liberty. 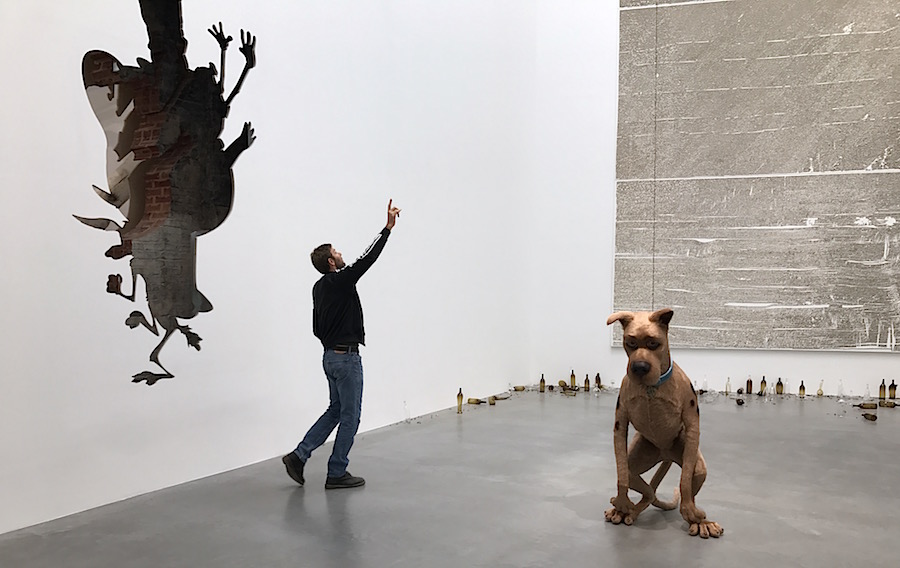 One element of the show is that great cartoon-inspired holes have been punched through the walls that divide the various galleries, and these holes take on figurative forms. So what you get is an image within an image, and the whole building becomes an integral artwork.

Another feature is the way you are actually introduced to what follows. The first room is occupied by a huge bale of hay shaped concrete block, planted on top of a vast crumpled American flag. In present circumstances, coincidentally or not, this reads like a comment on the Jasper Johns retrospective, currently on view at the R.A.

In fact, I’ll go so far as to say that Colen, clearly a survivor if ever there was one, reads, in current circumstances, very much like the true heir of Johns. Less refined. In his own way, no less disruptive. The show is a breath of fresh air.