A new exhibition of paintings by Daniel Richter at Galerie Thaddaeus Ropac exemplifies the way in which German painting has become dominant in Europe.

One often gets the feeling, nowadays, that painting is struggling to survive as a valid avant-garde art form. The Turner Prize, with its increasing enthusiasm for non-art or near-art, offers a case in point. Major British contemporary painters tend either to be safely dead, as is the case with Bacon and Freud or else – hello, Hockers old chap, lovely to see you, glad you take the trouble to make an occasional visit! – Equally safely settled overseas, untroubled by our local art politics. This is clearly not the case in Germany. 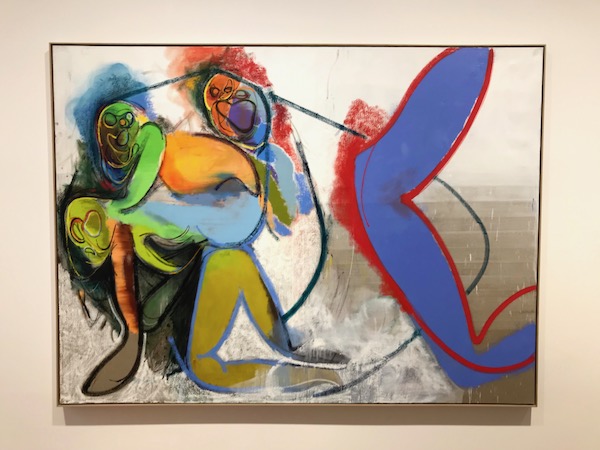 Richter was born in 1962, the year that Yves Klein died (and the Ecole de Paris started to lose its till then unchallenged pre-eminence). It was also the year when Pop Art really established itself in America. He studied in Hamburg in the 1990s, when Germany once again became unified, rather than being divided into two countries, and was originally an abstractionist. He then became, from 2002 onwards, a figurative painter, working on an ambitious scale. His declared influences are James Ensor and Edvard Munch – a Symbolist, and the pioneer of a proto-Expressionism closely allied to Symbolism.

The handout for the show at Ropac also suggests some quasi-scientific influences: ‘The representation of artificial light, flashlight, thermal image or X-ray picture evokes an atmosphere of artificiality and nervosity. The theme of total surveillance seems to be an important motif in Richter’s oeuvre – the association with infra-red and thermal imaging cameras is unavoidable, revealing a paranoid view.’ This quasi-technological aspect of the images confirms their contemporaneity. We didn’t see the world like this previously. It has technology that has taught us, very recently, to do that.

The description concludes: ‘Richter’s subjects suggest an allusion to current politics, but on closer inspection, we see that this is not so.’

I wonder if this is really a safe conclusion?

This solo show by Richter comes close on the heels of various museum shows noting the impact made by World War I on the development of the artists of the Modern Movement, and on art in Germany in particular. Examples are the current Magic Realism show at Tate Modern, which runs until July 2019, and also the Aftermath exhibition at Tate Britain, which closes on September 24th.

In both of these, you will find the same anxiety, the same sense of agitated depression, that pervade the Richter works now on view at Ropac.

What he adds to these mixed shows, is something very much of our own epoch: a sense of liberated wildness. The compositions of these big paintings are often fragmented. On the part of a scene slides into or overlaps another, giving a sense of immediacy and spontaneity. Without being overtly pornographic, they seem sexually charged. The figures writhe and grapple. If the protagonists are liberated, they are also, paradoxically, in the grip of what seems to be an overwhelming sense of collective anxiety.

If you are looking for art that feels as if it offers a real mirror to the times we live in, look no further than this. Richter’s images cast the stolid moralistic commentaries of much of the post-YBA art now being made in Britain entirely into the shade. 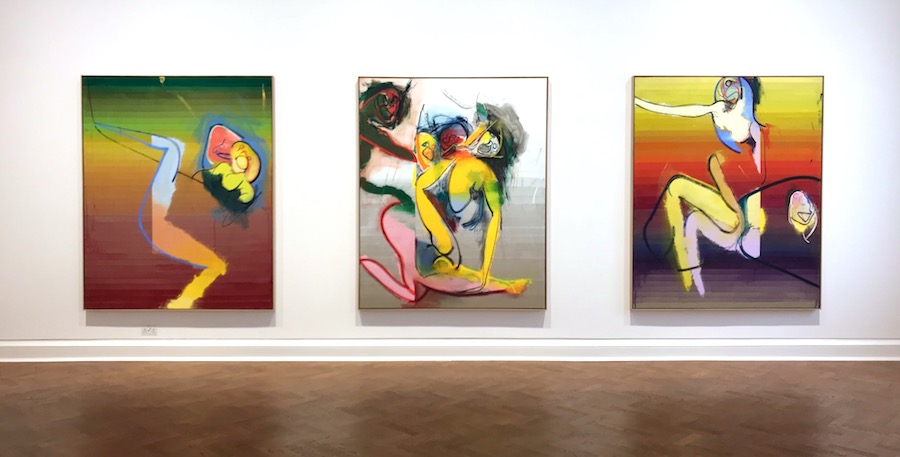