The London exhibition scene is currently so enamoured with dead avant-gardists that it was a pleasure to see work by the well-established American artist David Salle (b. 1954) who is still with us. Even more of a (guilty) pleasure because the artist concerned is additionally neither female nor from an ethnic minority – characteristics which currently seem to be open sesames to achieving a presence in London’s grander galleries, especially official ones. And, oh yes, he isn’t a photographer. David Salle’s paintings are currently on view at Skarstedt.

What he has to offer are large jolly figurative compositions which owe a lot to Pop Art while being less simplistic than what one might call Classic Pop. Maybe Pop-Baroque is a good term for what he does. Confidently designed and fluently painted, these big canvases have the kind of joie de vivre that has largely departed from contemporary artistic practice. Human heads and figures appear among tumbling cascades of inanimate objects, crockery and occasionally shoes. 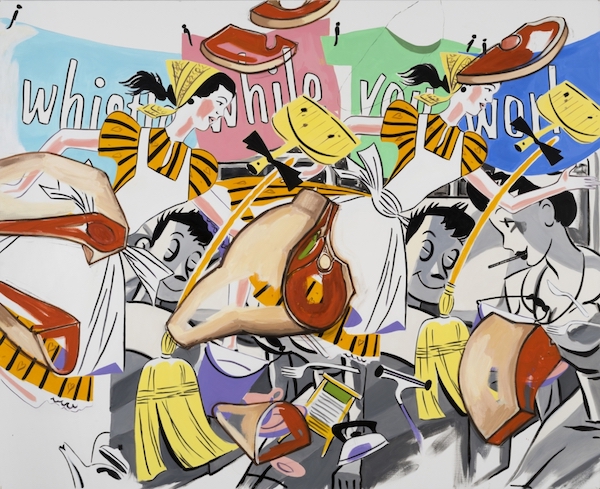 The compositions seem to have been created by a joyous lord of misrule. It’s only when you look again that you realise how confidently organised the compositions are. The title of the exhibition is David Salle Musicality and Humour, and this seems pretty exact. If one of the jobs of art is still to give pleasure, then this is fulfilled. Your spirits lift when you look at these big canvases. They are part of the contemporary world but in no way a lamentation for its woes. Your spirit lifts when you look at them.

The same thing is true, or should be true, of the big Martin Parr photo show, Only Human, now at the National Portrait Gallery. Though a few of the pictures were made outside of the UK, the majority are of British scenes and personalities. Of those made abroad, some show Brits on holiday.

The central theme is crowd scenes of various kinds, but there are also portraits – Dame Vivienne Westwood, designer, for example, shown standing beside an immaculately clean toilet and wearing a t-shirt that shouts ‘Climate Revolution’. Personalities from the actual art world are, however, few and far between. The main representatives are Grayson Perry, not in drag, but with his wife and daughter; and Tracey Emin, with a shopping bag, looking slightly fed up. You feel that Banksy would certainly have been included, if only if he had been willing to reveal himself. Two big Brit art H’s, Hirst and Hockney, are resoundingly absent. 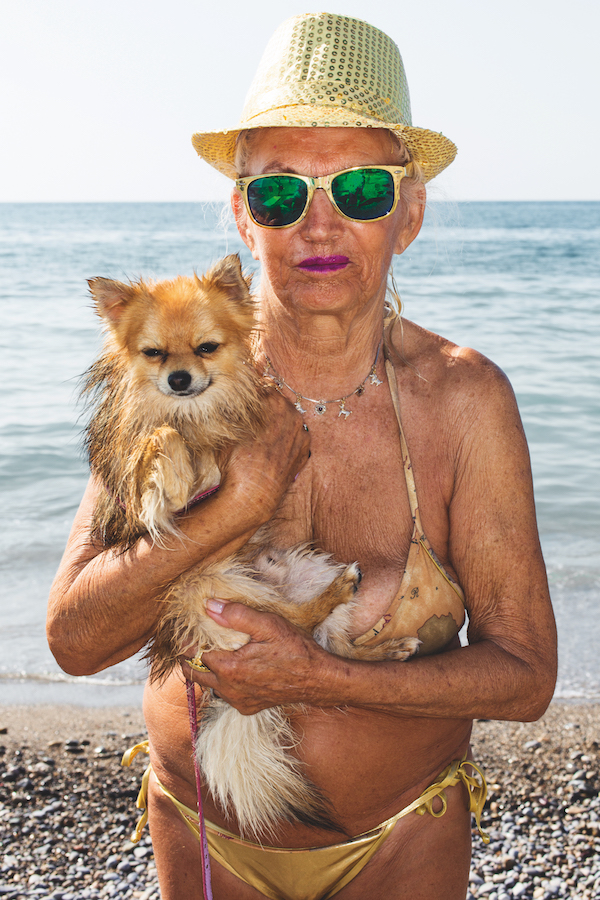 What emerges from the show is a very definite view about what it is to be British. There`re images of a Sikh wedding in Cardiff, of the Notting Hill carnival, of a Gay Pride event in Manchester, of a Scottish Country Dance Club, of a Dinner Dance at the Savoy. There is even an image of a drunken participant in a Magdalene College ball in Cambridge, in full evening dress, passed out flat on his back, clutching a mobile phone.

As you go round the show, you are tempted to think ‘all human life is here’. Then you think ‘oh no, it isn’t.’

The Britain it celebrates is in fact, for all its apparent inclusiveness, the Little Britain now heading determinedly towards Brexit. It celebrates British events, British popular culture, ‘let’s all get together, even if some of us are now brown or black’. It creates an image of a nation that exists in large parts of the national popular imagination, but which doesn’t fully exist in fact, and which is unlikely ever to exist in future. It is an enormous waking dream, its message encapsulated in the title given to one of its segments: ‘Ordinary Portraits, Oneness, Celebrity’. I left it murmuring to myself: “I feel left out – the everyday Britain I know is not like this.” But then I can’t immediately put my finger on the real points. 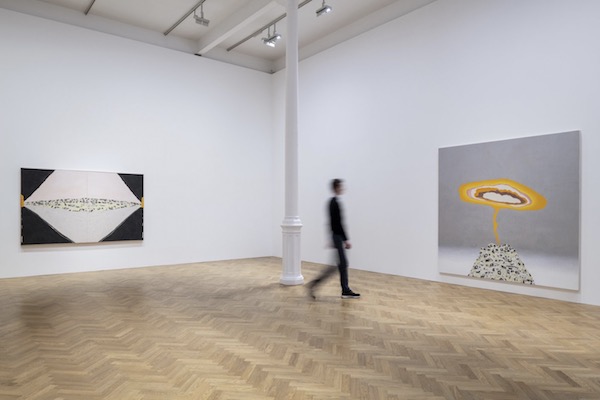 Meanwhile another living painter, this time British though now resident in Brooklyn, at the Pace Gallery. William Monk is more than twenty years younger than Salle. Much of his previous activity has been in the Netherlands. His work has been shown, amongst other places, in the Gemeentemuseum, The Hague, and in the Van Gogh Museum in Amsterdam. The paintings on view at Pace are very simplified landscapes, and the show is titled A Fool Through The Cloud. The gallery describes them as ‘visual mantras’. The work I liked best was a set of five narrow uprights, representing what seems to be a late autumnal or winter wood, lit by a huge moon. It is not very typical of the rest of the exhibition, where most of the other paintings, both big and very small, seem to suggest huge expanses of territory, seen from a vast distance away, sometimes from space, sometime from a vehicle devouring a long, straight highway. They belong, though only loosely, to the tradition of mystical landscapes created in the nineteenth the century by German Romantics such as Casper David Friedrich. Stick a human figure, back to you, into some of these, and you’d have an equivalent for Friedrich’s The Wanderer Above The Sea of Fog (1817). Alas, without such a figure, they didn’t quite grip me enough.