Mix and match, mashup, sample, collage, combine, hybridisation, syncretisation. Stirring it up or creolisation is taken by this exhibition as a defining characteristic of British Caribbean artists. Creolisation refers to the mixing of cultural influences and is a marker of Caribbean culture. It involves the combining of disparate elements of differing cultures into amalgams that are new and original.

Collaborations across disciplines have been key within the period and work surveyed here with writers, artists and activists all developing movements and collectives built on shared experiences and political solidarity. Stuart Hall, the academic whose work provided the basis for multiculturalism, wrote that the future belongs to the impure, ‘to those who are ready to take in a bit of the other, as well as being what they themselves are.’ This is an exhibition demonstrating the creative value of that insight and approach as, to quote Hall again, ‘Diaspora identities are those which are constantly producing and reproducing themselves anew, through transformation and difference.’ Creolisation is also closely related to syncretism, the act of combining different beliefs and practices, which is fundamental to African-based Caribbean religions. 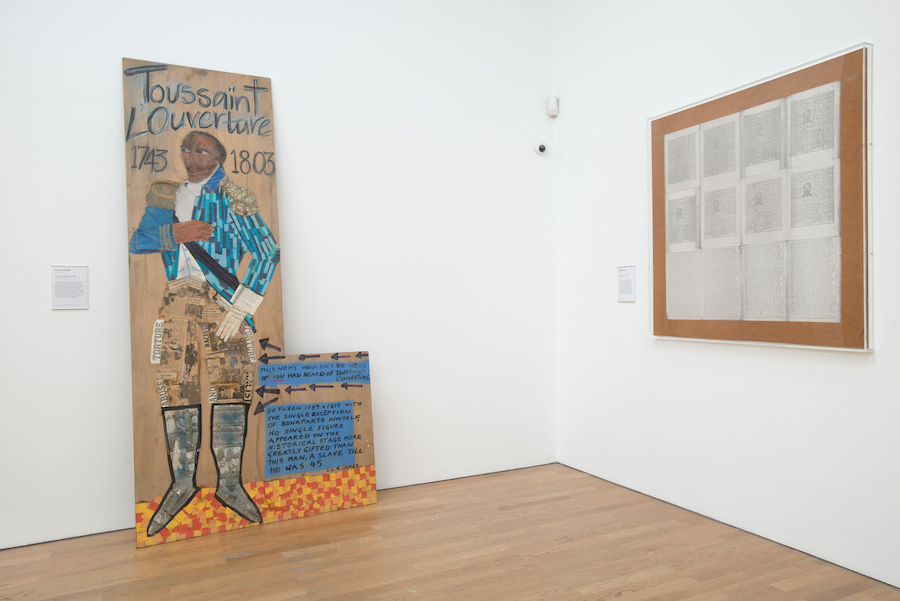 Alex Farquharson writes about ‘the twinning of African-derived gods with Catholic saints and African possession ceremonies with Catholic mass – to carnival: African-derived masked ceremony and dance with Catholic European pre-Lenten carnival traditions.’ John Lyons combines gestural expressionist paint handling with vibrant colours, lines, shapes, and textures to create a playful dialogue between metaphor and psychology that captures the energy and spectacle of Caribbean folklore and mythology as expressed in carnival. Similarly, Zak Ové’s reimagined folk characters, such as Hairy Man 2013, explore the interplay between flesh and spirit, reality and possibility, parody and sacred ritual inspired by masking traditions found in carnival. Allison Thompson notes that ‘Disguise was a key strategy of survival and retention within Afro-Caribbean communities, evidenced for example in syncretic religious practices.’

Farquharson suggests that ‘Many of the artworks here are similarly transdisciplinary in their references, operating in multiple registers and evoking the cross-cultural dynamics of the Caribbean and its diasporic history.’ This is because ‘New forms were and are needed to tell new stories; to lend voice to historical subjectivities and experiences that colonial archives have silenced or grotesquely distorted.’ 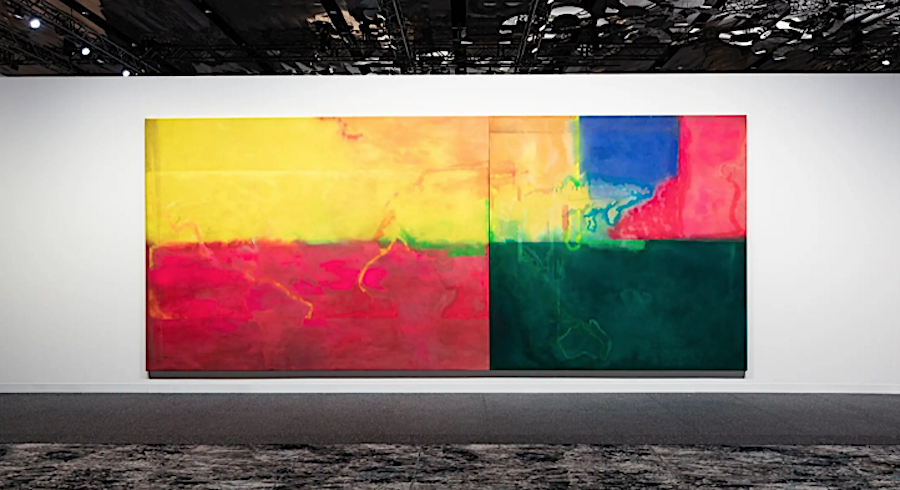 To live between islands means either to be in limbo or transition or to be engaging with aspects of one culture while retaining elements of another. We see this lived out in the choices made by early emigre artists, some of whom set up the Caribbean Artists Movement. CAM, as Errol Lloyd has explained, had the ‘aim of celebrating a new sense of shared Caribbean ‘nationhood,’ exchanging ideas and attempting to forge a new Caribbean aesthetic in the arts.’ The focus of others, by contrast, such as artists in the Black Art Movement, became principally the issues of racism and colonialism they faced in the UK. While not, by any means, an absolute, the distinction holds a degree of water. The situation was complicated by the differing effects of colonialisation in the Caribbean and the UK, together with the reality that the opportunity to migrate had been provided by the fact of Empire, with all that that entailed in terms of oppression, exploitation, and slavery.

Several of the first artists to migrate – Frank Bowling, Aubrey Williams, Denis Williams – attracted initial interest and gallery shows but found that this was not then sustained. The Tate adds an Afterword to the exhibition guide acknowledging its complicity in the lack of recognition that was generally afforded to these artists and acknowledging that the industry from which Tate’s founding benefactor, Henry Tate, ‘derived his wealth had been built on the labour of enslaved Africans and their descendants in the Caribbean, and subsequently relied on the indentured labour of Indian and Chinese people until the 1910s’. It may be that, rather than being an Afterword, such statements should introduce exhibitions and events as is the case in Australia where Acknowledgements of Country begin meetings as a means to acknowledge and pay respect to First Nations peoples as the Traditional Owners and ongoing custodians of the land.

Life Between Islands is part of a long-term commitment to diversify Tate Britain’s collection and exhibitions. It joins several major recent and forthcoming exhibitions and commissions by British artists of Caribbean heritage. However, alongside such exemplary commitments, there should also be an acknowledgement of the significant leading role played by such as the Ben Uri Gallery and Museum, which has, since 2002, had a distinctive research-based institution’s focus on Art, Identity and Migration. Exhibitions such as Unexpected: Continuing Narratives of Identity & Migration set works from their permanent collection alongside invited artists offering a contemporary response across various practices and media to touch on themes of journeys, displacement, loss, memory, and identity. Ben Uri has sought to comprehensively highlight the work of émigré artists in the UK across cultures and ethnicities in ways yet to be fully followed by the Tate who have chosen, for example, to remove the work of Hungarian émigré artist Ervin Bossanyi from their building.

Edmund de Waal said of ‘The extraordinary generation of artists, writers and designers who found sanctuary in Britain from the Nazi regime’ that they ‘brought a breadth of possibilities: their practices crossed borders.’ The same is true Caribbean-British artists. There are too many included here to mention all. Still, my eye was attracted by Althea McNish’s tropical modernist textile designs inspired by the Caribbean landscape, Michael McMillan’s The Front Room, a reconstruction of a fictional 1970s interior, Keith Piper’s photo-collage Go West Young Man 1987, which connects the horrific dehumanisation of Transatlantic slavery with the media’s demonisation of young Black men, Barbara Walker’s drawings which explore themes of social injustice, remembrance and representation, Sonia Boyce creating new symbols for individual identities that combine Blackness, British nationality, and gender, Lubaina Himid reclaiming critical figures in black history who have been marginalised in mainstream history, Grace Wales Bonner’s imagined uniforms for a steel band and Liz Johnson Artur’s images from the origins of Grime in south London which both highlight the importance of music in British-Caribbean culture.

The conversation continues with Sixty Years: The Unfinished Conversation, which explores the evolving nature of diasporic identity through art from Tate’s collection. Here, there is no singular order or chronology to the display. Instead, we are invited to make our own connections to and between the works: our creative act of creolisation. As we do so, we discover meanings in many different ways, unsettling fixed narratives of nationhood and belonging and recognising that selfhood and identity can only come into existence through our relationships to others. That is the recognition that is at the heart of the exhibition and is also a critical insight found through living between islands.