I have various reasons for being interested in Edward Burne-Jones. Some are purely personal. For example, I happen to live in the area of West London where Burne-Jones spent thirty years of his adult life. A council block named after him, built on the site of his home The Grange, is just around the corner from where I currently reside. In addition to this, there is the fact that Burne-Jones, as a very young man, owed his introduction to Dante Gabriel Rossetti, of the Pre-Raphaelite Brotherhood, to a collateral relation of mine. It was this meeting that set him going as an artist. Before that, he had intended to become an Anglican priest.

What he increasingly tended to offer, as his career progressed, was admission to a dream world – ELS

The meeting was significant in more than one way. Vernon Lushington, who made the introduction, was a leading figure in Logical Positivism, which means he was an atheist. Though Burne-Jones made a large part of his income, in the middle years of his career, by designing stained glass windows for churches, as chief designer of these for William Morris & Co., there is evidence that he wasn’t particularly devout. If recollection serves, he once said that what he really liked best about the Christian religion was Christmas. 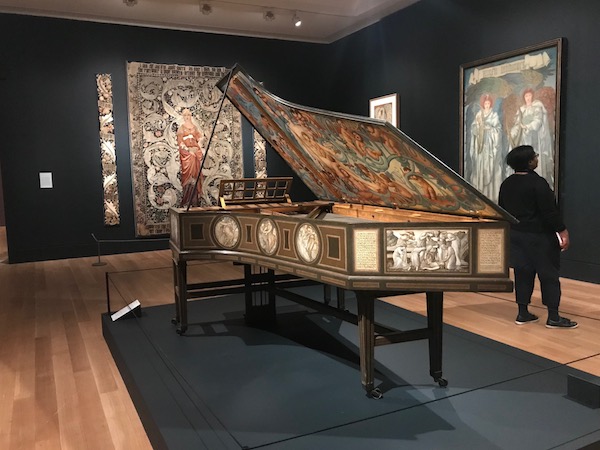 In fact, where other Pre-Raphaelites, such as Holman Hunt, spent time grappling with the idea of God, a new major retrospective at Tate Britain seems to show that Burne-Jones moved away from this. What emerges from the display is his importance as a prophet and precursor of the European Symbolist Movement. Few, if any, pre-20th-century British artists enjoyed such a central place in the pan-European narrative. Very few British artists, maybe, in fact, none, have enjoyed this sort of European centrality since then. 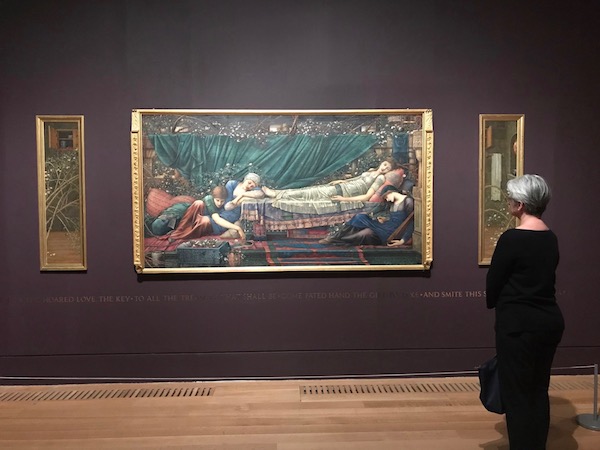 This is the more ironic because Burne-Jones has always enjoyed a somewhat uneasy position in the story of British art. Yes, he did receive official honours. He became a baronet. Where the Royal Academy was concerned he never rose higher than the rank of A.R.A.
He had little or no academic training – something he had in common with many leading British artists, of all generations. The Victorian art world associated him as much with the world of the crafts, as it did with that of the fine arts. The current Tate Britain exhibition shows, with its inclusion of stained glass, embroidery and tapestry, that they were right to do so.

What he increasingly tended to offer, as his career progressed, was admission to a dream world, stifling maybe when first encountered, but filled with little stirrings of modernity. One striking feature of this world is its mixture of the erotic and the androgynous. There is one – just one – painting in the show where he stepped over the line and shocked his contemporaries. Painted in 1870, and entitled Phyllis and Demophoön, its offence to Victorian taste was that it showed a very small male pee-pee. What strikes one, looking at it now, is not only how miniscule this appendage is, but how androgynous the two figures are – the female aggressively embracing the male. The androgynous element recurs throughout later compositions in the show. So too does the note of female dominance. Burne-Jones seems an artist made for the epoch of #Me Too.

The more closely one looks at Burne-Jones, the more he seems like a precursor, not just of the Symbolist Movement, but of other elements in the history of European Modernism. Edvard Munch is there. Klimt and Schiele are there. So is the young Picasso of the Blue Period. Tate Britain, which has sometimes seemed to stumble recently in its search for a role, deserves to be congratulated for offering a show in which these latent themes are spelt out. Curatorially this is a triumph.