What were the best exhibitions in 2017? What’s on my list of ten? The answers to this pair of questions really depend on which set of attitudes you choose to embrace. For me, choices No 1 and No 2 were nothing to do with contemporary art. 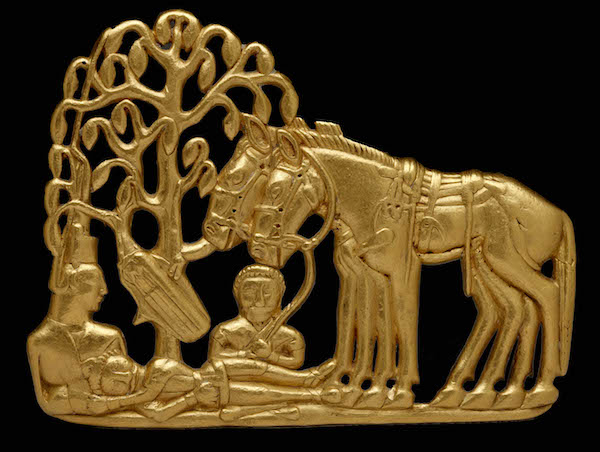 1. The revelatory Scythian show at the British Museum, which unveiled a little known ancient culture, with gorgeous loans of objects made of gold from the Hermitage Museum in St Petersburg, and one or two rather grisly things as well. Severed human heads, anyone?

2. was the superb exhibition of Raphael drawings at the Ashmolean. The only sad thing was that the run of the show was largely ‘out-of-term’. It wasn’t students who got to see it, but swarms of tourists, most of them geriatric. Or so it seemed on the day when I visited. The show was however very well laid out, whereas it might easily have been a jostling pain in the arse. Because 2017 marked the centenary of the Russian Revolution, there were shows commemorating that.

3. The best of them was an early starter in this series of commemorations: Revolution: Russian Art 1917-1932 at the Royal Academy. This did at least acknowledge the self-evident fact that Russian Futurism, still so much lauded in the West, was a light that failed.

4. A good supplement was a show at the new Design Museum called Moscow; Architecture, Propaganda, Revolution. I venture to quote what I said about this when I reviewed it: ‘While I’m sure that at least some of these ideas resonate with visionary leftists today, the fact is that none of them worked in Soviet Russia, either in the short or the long term. What’s left is what one sees at the Design Museum – a lot of rather seductive graphic materials: posters, plans, architects’ drawings. Plus, tucked into a corner, a gigantic version of Lenin’s minatory forefinger.’ In all these commemorative shows in official galleries –there were more – about the Russian Revolution and its consequences for art, one detected a nostalgia among our current crop of art bureaucrats for culture handed out, Soviet-style, reliably from the top down. Never mind about wicked old Joe Stalin, and the millions who died because of him. 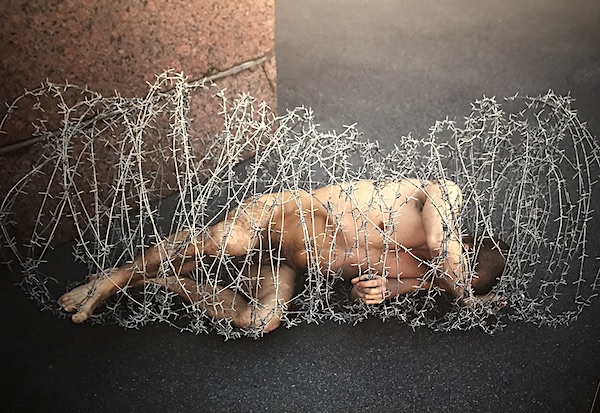 5. Meanwhile, the London art world remains very confused about what is happening in Russian art today. A valiant attempt to tell at least some part of the story can be seen currently at the Saatchi Gallery, until December 31. Called Art-Riot: Post Soviet Actionism, it features work by dissident artists most of whom, though not all, still live and attempt to work in Mr Putin’s paradise.

6. Another, very different, kind of protest show, but one with at least some balls and guts, was to be seen at Hauser & Wirth, a grandee London commercial gallery. Entitled Laughter in The Dark, Drawings from 1971 & 1975, it featured drawings by Philip Guston, satirizing the then American President, Richard Nixon. Looking at them, it was hard not to feel some premonitory vibrations of what is taking place in America right now. Not hard to substitute the name Trump for that of Nixon. But, alas, no real sign of a new satirist of Guston’s quality. 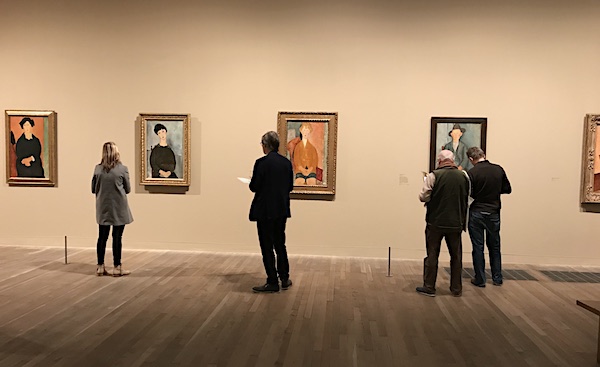 7. During 2017, London saw some excellent classic Modern shows. Of these probably the best was the Modigliani show currently at Tate Modern. Modigliani was a classic bohemian bad boy, who lived fast, died fairly young, and (according to many reports) tended to beat up his girlfriends. He would pretty certainly be an outcast in the art world we have today.

8. Another bad boy, more recently departed, was Jean-Michel Basquiat. The retrospective show at the Barbican Art Gallery made a valiant attempt to tell the story of Basquiat’s career. It was perhaps more about his life, and his appearance as a kind of blazing meteor in the New York art world of the 1980s, than it was about his actual artistic production. A visit to the exhibition, Boom for Real, which is open until 28 January, will tell you something about contemporary legends and how they are created. Also about our need for legends of this kind.

9. My last two choices, unlike almost everything listed here previously, are certifiably contemporary, which is to say, at this very moment. One is Sweet Liberty, the show by the American artist Dan Colen, at the Great Newport Street Gallery till 21st January.( Top Photo)  This has a lot more get-up-and-go than your average Brit Art contemporary event. You can’t help admiring an artist who literally punches holes in the walls (very solid walls in this case) of the space playing host to his work. 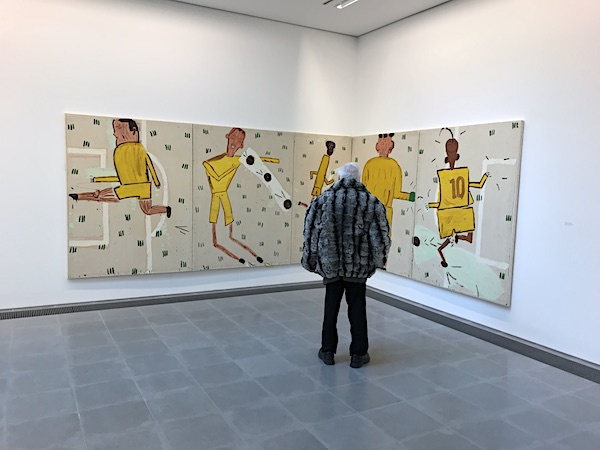 10. My final choice is the Rose Wylie show Quack Quack, at the Serpentine Sackler Gallery until February 11, 2018. Always cheerful, often deliciously zany, here is the work of an artist who really relishes making paintings. It’s all the more wonderful because this free-spirited creator, now in her 84th year, wasn’t really known till her triumph at the John Moores exhibition in Liverpool a couple of years back.

11. It may be asked why not the David Hockney retrospective at Tate Britain This didn’t quite make it onto my list for three reasons. Too many landscapes from late in the artist’s career. Not enough figures, which is what I think he does best. And not nearly enough drawings. He’s a sublime draughtsman, but not at the same level as a painter.