A new contemporary and modern art fair at the Saatchi Gallery has just opened as a “pop-up” during the London Summer fair season. Organised in just six frantic weeks FairForSaatchi hopes to become an annual fixture.

The London art calendar is a chess board, with events shifting about to match moves and counter moves. Masterpiece London in Chelsea has become the early summer barometer, having gone to late June morphing from the Grosvenor House Art and Antiques Fair, to coincide with the Olympia Art and Antiques Fair which seems to be on the wane. Contemporary and modern art was served by the Art London Fair and the 20/21 International Art Fair, only partly replaced by the Mayfair Art Weekend. 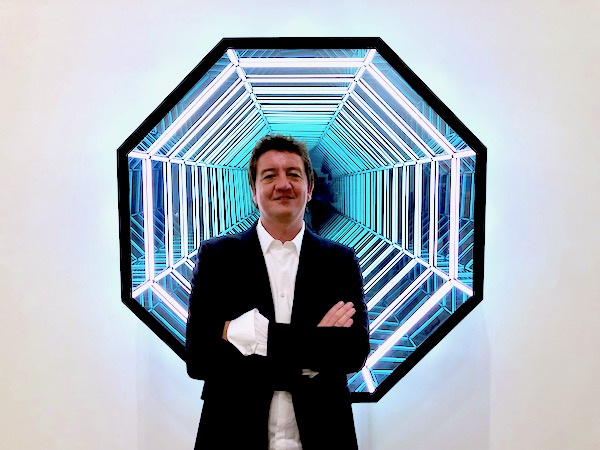 “Art London and 20/21 International don’t exist anymore”, said FairforSaatchi’s founder Robert Sandelson, “so we’re filling the gap. There’s always a demand for fairs; dealers want a stand in a good fair in early summer, they’re not keen on Olympia any more, they want a more modern look. So I’m serving that need.”

For 30 years Sandelson was a respected West End dealer in the, but his Cork Street gallery closed in 2010, and he shifted to fair organising. Last year he and his brother, the property developer Johnny Sandelson, bought the British Art Fair and moved it to the Saatchi Gallery.

He sees the Saatchi as a natural fair venue; its rooms in the former barracks offer large spaces, brilliant prosaic white walls and high ceilings, giving a sense of airy freedom. It was the success of the inaugural British Art Fair there in September that led him to devise FairforSaatchi, his useful contacts in the art market making sure that the project was on, fitting into the newly vacant calendar slot. He filled the allotted space with 25 dealers, mostly from London but some from beyond and a couple from Europe.

The Mayor Gallery presented an effective history of Op Art, starting from Julian Stanczak, the Polish artist who lost his right arm in a Siberian gulag and whose work appears in the 1965 MOMA show Responsive Eye gave the genre its name. There’s a new interest in Op Art in this technology-aware era, says Mayor’s Christine Hourdé, both among collectors and artists. There was a standing lamp by Vassilakis Takis, Signal, a taster for a Tate Modern retrospective opening on July 3.

Castlegate from Cockermouth in Cumbria, one of the out-of-town galleries, had a star-studded offering, including a Francis Bacon self-portrait triptych lithograph, a Hockney drawing and a stunning Auerbach charcoal self-portrait of 2017. Castlegate’s co-owner, Christine Swallow, said many of the works came straight from the walls of her home where they have been more companions than investments, including a Wilhelmina Barns Graham acrylic riot of colour, -Composition on Red, made three years before her death in 2004. 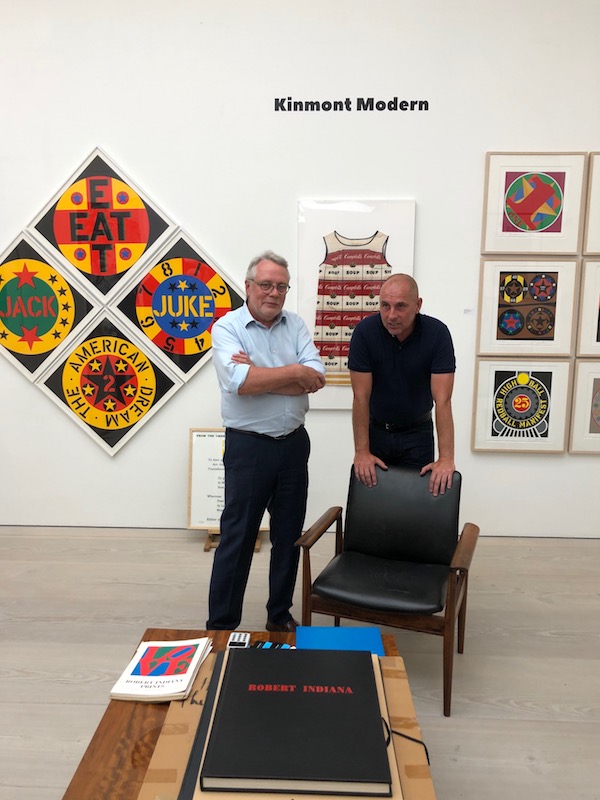 There was a captivating reminder of a sadly forgotten talent from Sally Hunter Fine Art, a couple of exquisite art deco drawings from Nommie Durell who died in her 80s in 1989 and had been part of the 1930s Thames-side jeunesse d’ oré, where close friends had included Victor Pasmore, AP Herbert and Robin Darwin; later Kwame Nkrumah, who was to become president of Ghana, sat for her.

Adrian Hill joined forces with the Five Seven Two Gallery to present an eclectic selection that included an intriguing LS Lowry drawing, Beachcombers, September 2 1956, 14ins by 10ins, of a bewildered looking young man in blazer and tie with trousers haphazardly rolled up, standing with bucket and spade while two small children gaze up at him expectantly. It came with a daunting price tag of £72,500. The stand also had a surprising Hockney lithograph and screenprint from 1979, a very Hokusai-influenced Snow without Colour, which looked like anything but a Hockney. There were also more recognisable David Shrigley’s, prints of Be Nice and I’m Sorry for Being Awful.

Adding colour was the Freya Mitton Gallery, with more expectable British modern masters Sandra Blow, Alan Davie and Terry Frost.
From Brussels, Art Sablon brought the striking Martyrs by the Suffolk-based sculptor James B Webster, seven heads standing side by side on separate plinths, exquisitely carved in porcelain with finely defined expressions but each looking like the recently deceased; two even had porcelain hoods. But if there was melancholy there, White Room Art’s stand lifted the mood with the impertinent photomontages of Alison Jackson which had Trump breaking diplomatic barriers on a desktop with Miss Mexico, the Queen taking selfies of herself and couple of duchesses, and Boris Johnson, Trump and Nigel Farage sharing a sauna.

The most intriguing room at FairForSaatchi was also the largest, devoted to a 96-year-old getting her first substantial exhibition, under the auspices of Venice’s Andrea Tardini Gallery. 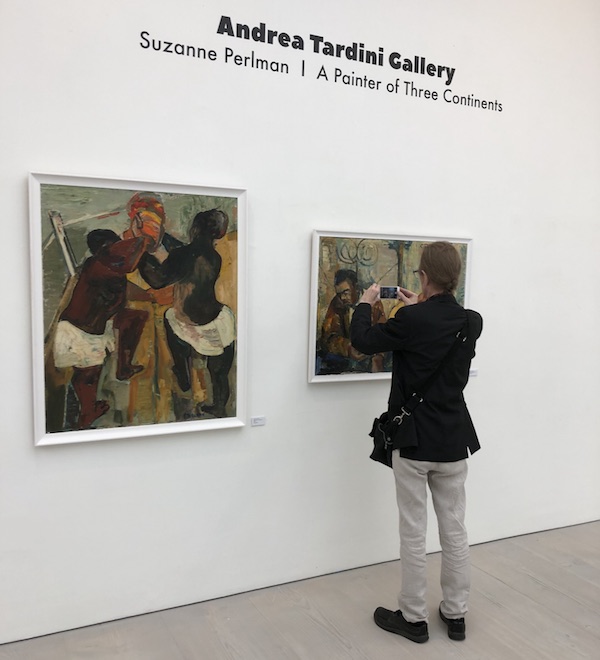 was born in Budapest where she met and married her Dutch grain dealer husband Henri when she was 16. In 1940 she escaped the Nazis, first from Holland than from France, to settle in Dutch Curaçao where she began to paint, becoming a local celebrity with her sometimes chaotic, richly and often sombrely coloured canvasses of local scenes and dignified portraits of local people. She moved to New York to study at Columbia School of Ars and mix with the American Expressionists, being particularly influenced by de Kooning.

Perlman fell under the spell of Oscar Kokoschka, went to Salzburg to attend his classes becoming a studio assistant, and developing her own Expressionist style. She continued with it when she moved to London in 1990 after Henri’s death, where she still paints – her most recent picture on show was from 2018, a portrait of a young black man.

“I love it”, she said of the display of 22 canvases. “Each painting has its own space – paintings need space – and I can see my life here, remembering each picture intimately. Everywhere I go I find so interesting, and every person.”